One of my very favorite things about the Disney Premier trips I am blessed to go on is the behind the scenes people and places I get to go. Like when I went to the #DeliveryManEvent and #ThorDarkWorldEvent, I got a little side trip to learn all about PLANES, the creation of it, the people behind it and the ideas that made it to film. 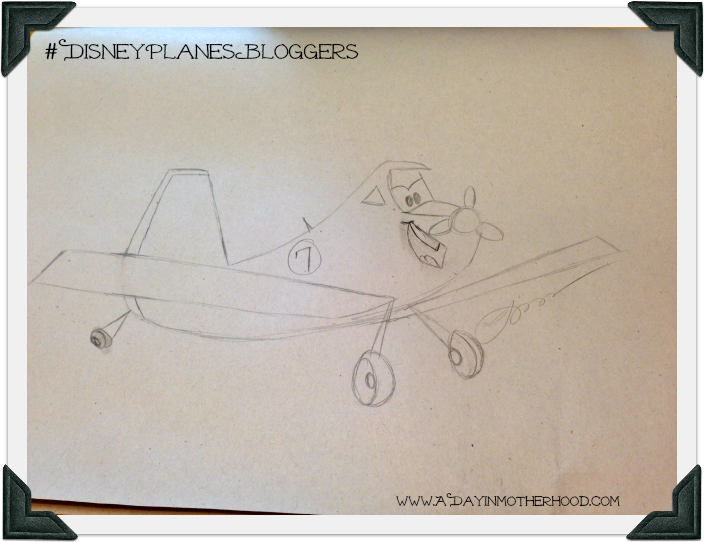 One of my favorite ‘interviews’ was with the Story Artists of the film. These are the guys that give Dusty those facial expressions, the wing tip sway and the humanity to the characters.

In fact, I left wishing I had paid more attention to art in school. These guys think of everything! 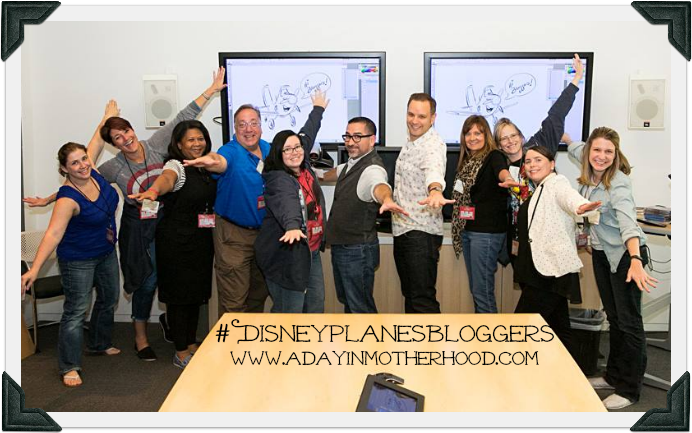 I listened as Dan Abraham, Head of Story and Art Hernandez, Story Artist talked about a particular scene where they had to get Dusty to ring a doorbell. Since he has wings, he can’t bend and move them to reach a doorbell. So they have to draw him to tip a certain way and then had to zero in on the tip hitting the bell to make it more realistic.

Their vision and their commitment to creating a real world feel with animation was truly inspiring! I would never think of half the things they did. Like – How do you make a plane role around quickly when the wheels don’t turn? 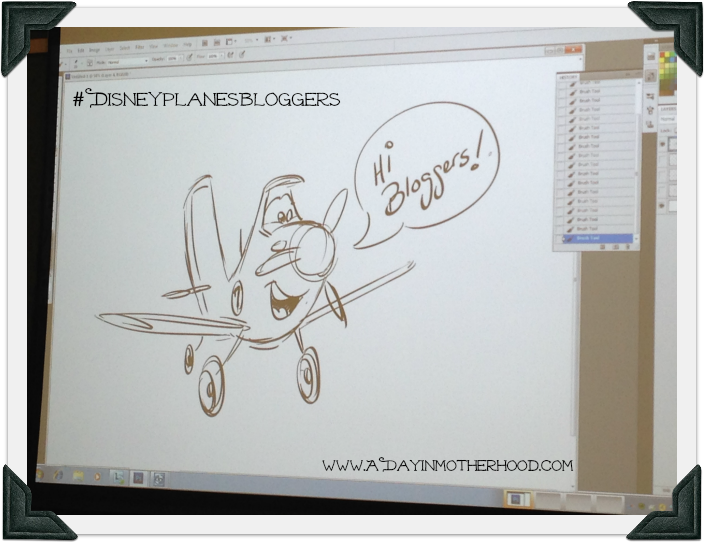 One of my favorite activities was learning to draw Dusty! I am no artist but with their expert guidance, I was able to squeak out a similar drawing!

In fact, if you get that all important stocking stuffer this year, PLANES on Blu-Ray DVD, you will get your own tutorial on how to draw Dusty from scratch!

I so enjoyed getting behind the scenes with everyone from PLANES. Be sure to get your DVD and let family movie night begin!

Get more on PLANES