Walking the Red Carpet for Delivery Man was thrilling. Watching a movie that I would tell friends to go to, learn from and enjoy was another. But sitting down with the cast, including Chris Pratt, the sassy sidekick, and Cobie Smulders, the neglected girlfriend, was truly a highlight. 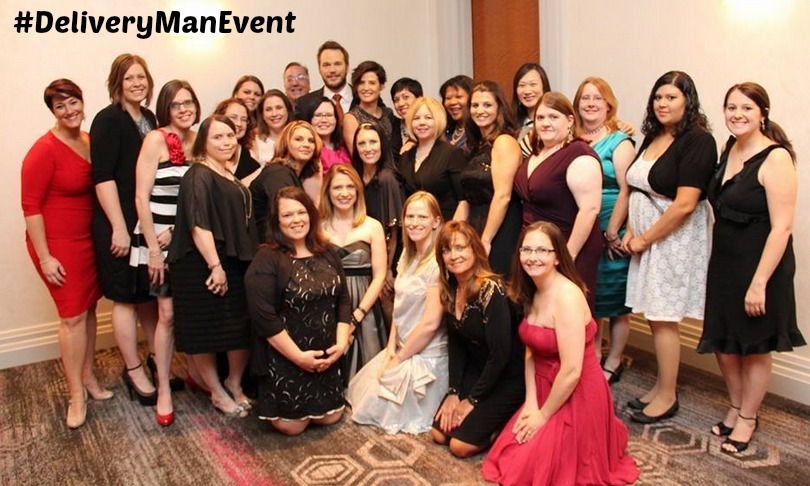 A bright and beautiful woman, Cobie came in more than excited, her smile bright, as beautiful on the inside as she is on the out. When Chris Pratt joined her we were in for a real treat! They were both so open and fun to talk to that there was a collective groan when they had to go!

Below are some of the questions we asked them and their replies:

How did being a new dad affect your role in this movie?

CP: Well, for me, my son was had just been born when I was doing this movie. I think he was maybe two months old.  So for me I was not necessarily able to relate to my character’s  journey as a father in this movie because he is so overwhelmed with the idea of being a father.  I was still finding every little tiny thing endlessly fascinating about my own son. But I did miss him a lot and so there were moments in the performance where I needed to just stare off into space and think about something that bummed me out.  The fact that I was away from him was something that I could go to if I needed to so that was, that was my way out. 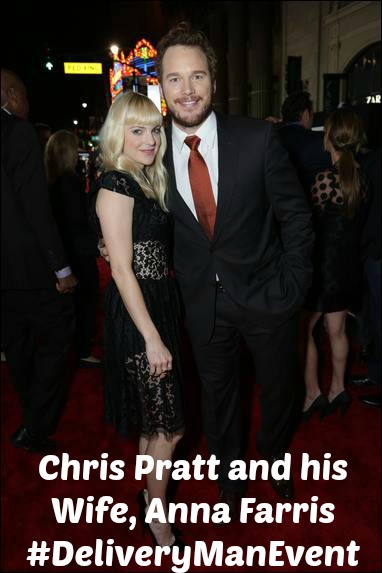 What would you do if you found out you had 533 children in real life?

CP: It’d be like how did that happen?  I’d have to go to my wife and be like I told you there was a past.  Didn’t get quite into how deep.

CP: I think it goes back to this execution of this idea because it could be a pretty broad idea.  But instead it went to real places. The movie about halfway through –  when he starts his journey on finding out about the kids – and some of them are crazy, like the professional NBA player or an actor who need a role that he helps get the role and that’s great.

But then all of a sudden you have a kid who has needed assistance his entire life and lives in an assistant living home and that’s like then all of a sudden you are moved. And there is the girl who has chemical dependency issues. Suddenly, you are starting to dealing with these themes and these realities that make it a real examination of humanity versus ‘let’s see how silly we can play out the outlandish parts’.  It’s a real movie about real things. 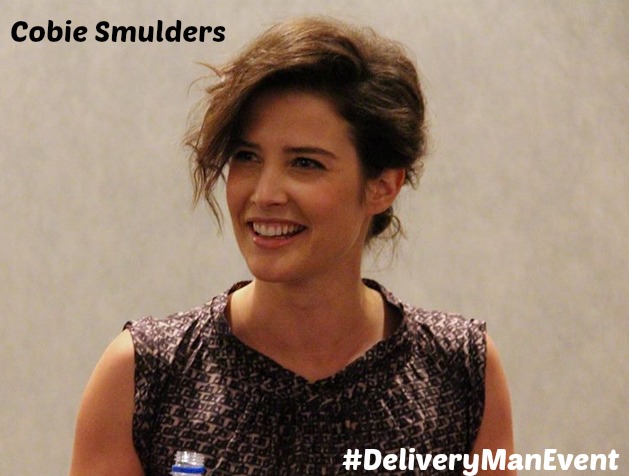 How did you first become involved with the movie?

CS:   The movie is based on the original film, which is a French Canadian film, by the name of Starbuck. I saw that a good couple of months before I read the script for Delivery Man and I really loved the film.  I was really moved by the story. I really loved the characters. I really loved that it was Canadian because I’m Canadian as well and then I heard it was being redone and was kind of surprised because I thought it was such a great film as is.  Obviously, it is nice for it to come to America and I was also excited that Ken Scott – who wrote and directed the original – was gonna do our version as well. I just thought he had such a strong vision and he had such great storytelling ability that I just knew it was going to be a good movie.  And then I heard Vince was attached and so I started just auditioning. I just went in and auditioned and met with all the guys and convinced them to give me the role.

How did being a mom affect your role?

CS: Well very much. I mean this movie is really all about parenting. It’s all about what it takes to be a parent so I automatically connected with that at the same time.  I was pregnant in this film, not in life but I had the fake belly on. I remembered the crazy emotions that come into play when you’re pregnant and I think that one of the things that I know I craved  – I think most pregnant women crave – is stability. You know, I was in this situation where  – especially if it’s your first child  – a lot of things are unknown. In terms of this movie, the character of Emma, she has a very unreliable partner so she’s just sort of trying to figure all that out.

What’s your favorite part of the film?

CS: I had this great seen with Vince at the end of the film, this very long scene where he goes into a speech proposing and then things start unraveling. And that was a really great scene to shoot because it was just this monologue, this never ending monologue. Vince just did a great job with it, and for me, it was very fun to play off of not only just as an actor but the circumstances of my just delivering a baby So there was a lot going on. It was a fun thing to play.

You can read my Review of Delivery Man and see why this movie is a good one for us to see.  Take your honey this weekend and laugh until you cry, see a movie all parents should watch and love from star to finish.

Have you seen it yet? What did you think?