Vince Vaughn walked into the room. A presence just on height alone, his natural smile left 25 bloggers swooning and wanting more. I’ve been waiting for this day ever since the invitation to attend the Delivery Man Red Carpet event hit my inbox. Vince Vaughn. Tall. Handsome. Tall. 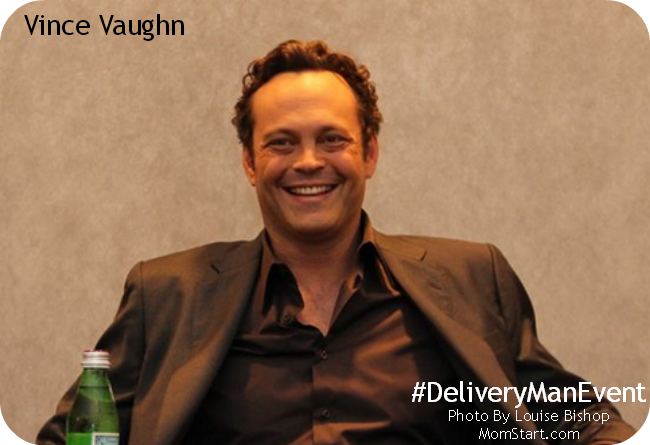 When we say down to ask him questions, we had already been on the carpet and at the El Capitan Theatre to view the movie. I loved it from start to finish and, at the end, wished it would have gone further. The movie is not a cheesy plot based on an outlandish idea. It is a family film that gets into the heart of a parent and makes them want to be better. To know more. And to understand that kids are a treasure, no matter how they come to be.

As we chatted with the tall…. so tall…. star who played David Wazniak in the film, I could see that the dividing line between being a parent to two children in his home life and the father to 533 in the film was somewhat blurred.

Read below some of the interview with Vince Vaughn:

Why did you decide to take the role as David Wozniak?

VV: The director (Ken Scott) is a very passionate storyteller and I think what he is doing with this story is really unique and inspiring.  It’s not an overly obvious platform into some very sentimental and universal feelings about parenthood and life.  Accepting yourself, and all those kind of things.  It starts with this kind of big concept. What was interesting to me is that, nowadays, movies can be just a comedy or just sentimental or just a drama. But I think the skill set that Ken has, which is very unique, is that it is all of those things in one movie. So, it’s makes it a very unpredictable story. You’re not quite sure what motion’s going to come next.

How did being a dad affect how you played the role?

VV: I think you are just so cracked open as a parent. I had just my daughter at the time of filming and my second child was conceived during Delivery Man.  So, you have your one child and one on the way and you start thinking about a family. And inevitably you start thinking about what you should do for their lives. You start seeking information about how to parent; temporary words versus permanent words. It just becomes a journey of figuring out what the best way to give them skill sets to be successful are. You start down that journey so strongly.  I think for me, fortunately, I come from a very close family and I waited until I was older and I really wanted to be a parent when I got to be a parent. So, I am very invested in it. I think it was very easy to draw on those kinds of emotions that were running in me anyway. I think it was very much at the surface. 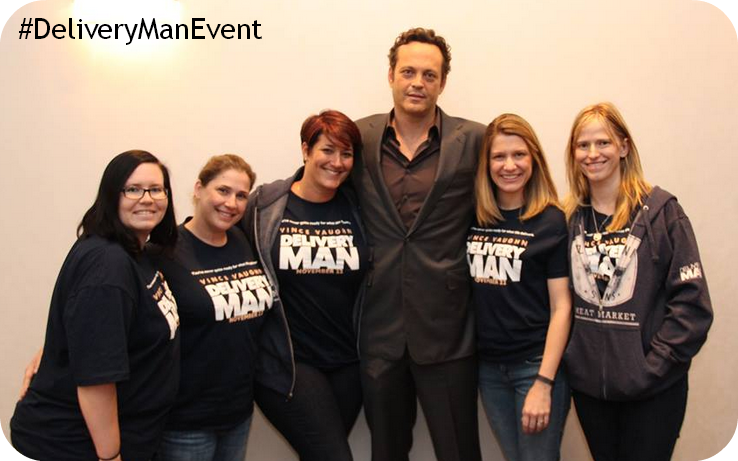 Out of 533 children who was your favorite?

VV: Love ‘em all the same (smiles). I really did. I have to say that all those actors were just so wonderful and so excited. There’s something in that enthusiasm that they had and commitment to do a great job that I found inspiring. The woman that played the girl who gets the job at Bloomingdales (Britt Robertson) was just tremendous. It was awesome to watch her work every day and put herself through that in such a real way. It was really powerful. And we talked about the actor who played the boy in the wheelchair. It’s just remarkable the command of his body, the physicality that he had. I think they all did a really nice job. There’s something really loving and relate able about all of  them.

Did you draw anything from parenthood at that point in your life to filming?

VV: It is an interesting thing with parenting; isn’t it? People have to learn their lessons and they have to have their experiences. It’s important for them to do that so you have to give them the space to do that. But at the same time, you want to hopefully be able to guide and steer and be there so it does not have to be too harsh of a lesson. As a parent you can only imagine what is going on and try to make the best choices in the situation. 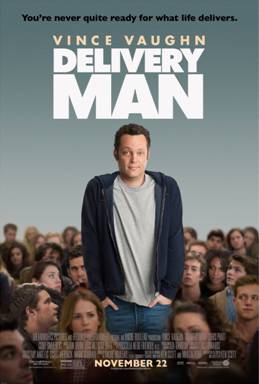 Delivery Man opens in theaters November 22, 2013. Take your kids, take your husband, take your parents, your siblings and your friends and let this movie make you laugh, think and aspire to be better. I think everyone will be truly surprised at the heartwarming, real life, message in this film.