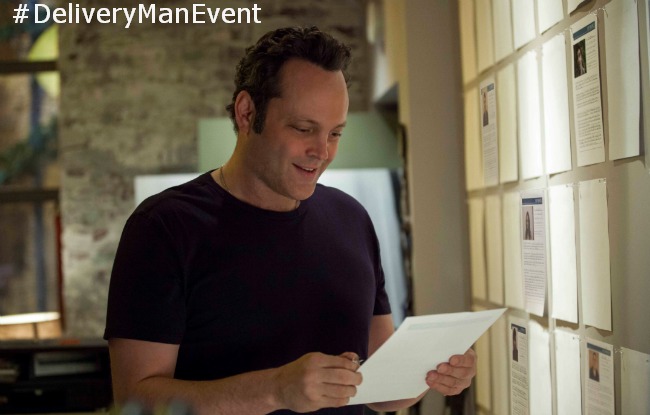 David Wozniak (Vince Vaughn) is a charming, lovable deadbeat. A meat truck driver at his families’ business, he takes four times as long to deliver the meat than ‘any other human on the planet’. As the terminally distracted, absent minded son of an immigrant who worked his way to the American Dream, he find out that deposits to a sperm bank 20 years earlier resulted in the births of 533 kids. 144 of which are now suing to meet their biological father, pegged ‘Starbuck’.

As the story unfolds, we watch Vince Vaughn take David from a cut up of life to a man with a heart. The intense humor that filters in and out of this film is spectacular. But the message that parenting is a challenge no matter how you come to it is the root that holds this film firmly on the ground. 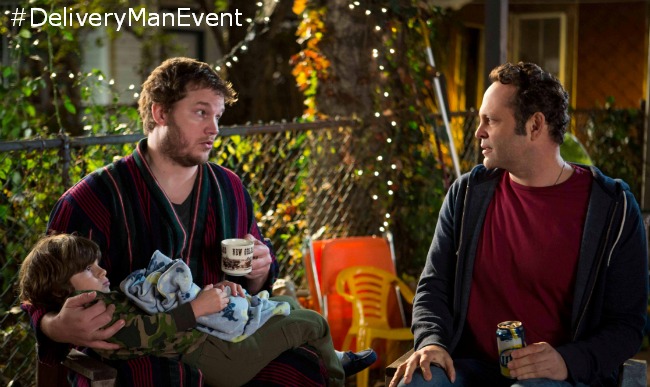 This is not your slap stick film that we sometimes see from Vince Vaughn. This is a film that makes you think about your own parenthood. Each character represents a part of ourselves that we might not stop to explore in our busy lives. Each one tells a story that is endearing and real and honest.

From the daughter who almost dies of an overdose to a son that is so severely handicapped that he lives in a home, unable to walk or speak, each one  reveals a truth that is sometimes beyond our consciousness in our desire to get it all done. And done right.

As the plot thickens with a baby on the way with neglected girlfriend, Cobie Smulders, David and his lawyer best friend, played by Chris Pratt, must decide what is best for everyone.  Knowing he is the father? Or knowing that he has it in him to be a father. 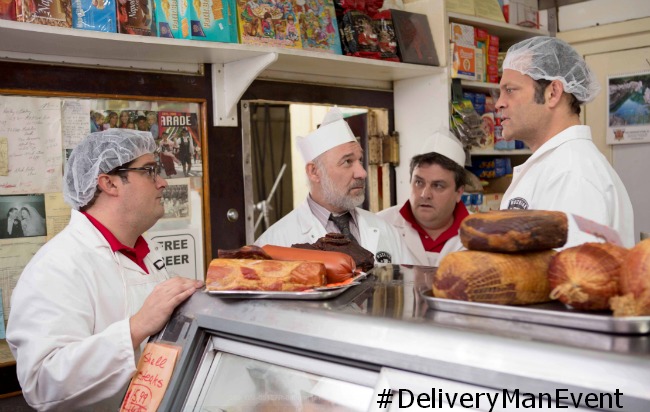 Delivery Man will surprise you in its extremely funny, endearing story that will stick with you for a while to come. Take your family and learn a few things while holding your sides in continuous laughter.