In we walked to a room at Disneytoons Studios. A poised Producer, Traci Balthazor-Flynn and the relaxed Director of PLANES, Klay Hall, sat ready to talk to us about the film, how it came to be and how it impacted their lives. We had already had the great pleasure of watching a bonus clip from PLANES that featured Mr. Hall taking his two teenage sons to a hanger where historic planes his grandfather flew were housed. 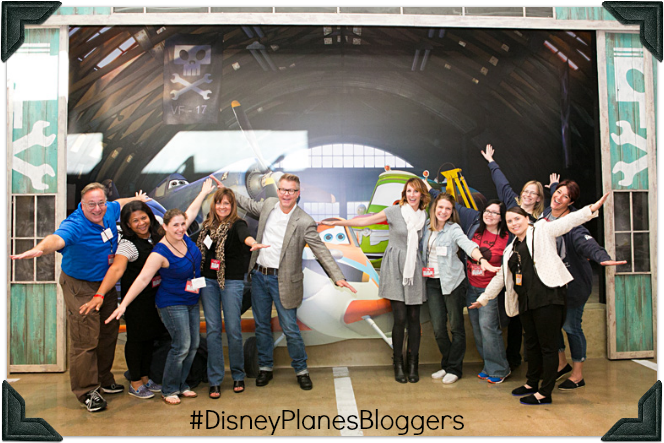 I have shared this clip with you before but it bears more press, especially since November is National Aviation Month. And because it not only shows how much children can learn from their parents but how much history we need to preserve as generations pass.

As we listened to Tracy and Klay – I can call them by their first names now – talk about how the idea for PLANES was originally going to be about trains, we absorbed the monumental task that all well done animated features take.

Four years in the making, PLANES took a team of people from the story board artists to the aviation professionals they interviewed to come to light. Below are some questions I thought best explained the task and their answers.

How many people total worked on the Planes project?

TB : We were probably up to six hundred total, when you think about everybody who touched the film.  There’s a lot of people that probably don’t even get a  credit in the film that helped, like the wonderful teams today helping shuffle you guys around the studio. It’s pretty wide.

How many different research trips did you do (for this film)?

CH : We got to go on quite a few.  We got to most of the locations in America. We are very fortunate. We started in the mid-west which is where we  found Propwash Junction and several iconic destinations of the United States that are from that first original trip. Then we went out to New York and spent time in New York City and saw JFK, all that kind of stuff. And then we headed over to Germany lucky timing with Oktoberfest. So we were over there for a couple days in Bulgaria which was really nice. Then we headed  over to India and we were at the Taj Mahal at sunrise and sunset, so we got to see that which was pretty incredible.

That is part of John Lasseter’s (Producer) mantra.  Boots on the ground to get there and experience the cultures and ethnicity’s and the colors and the sights and the sounds to hopefully bring that back and pull it  into the movie and make it feel real. And I think that really rings true especially, like, in the Taj  Mahal sequence. That really stands out to me as far as really how it was in the film. 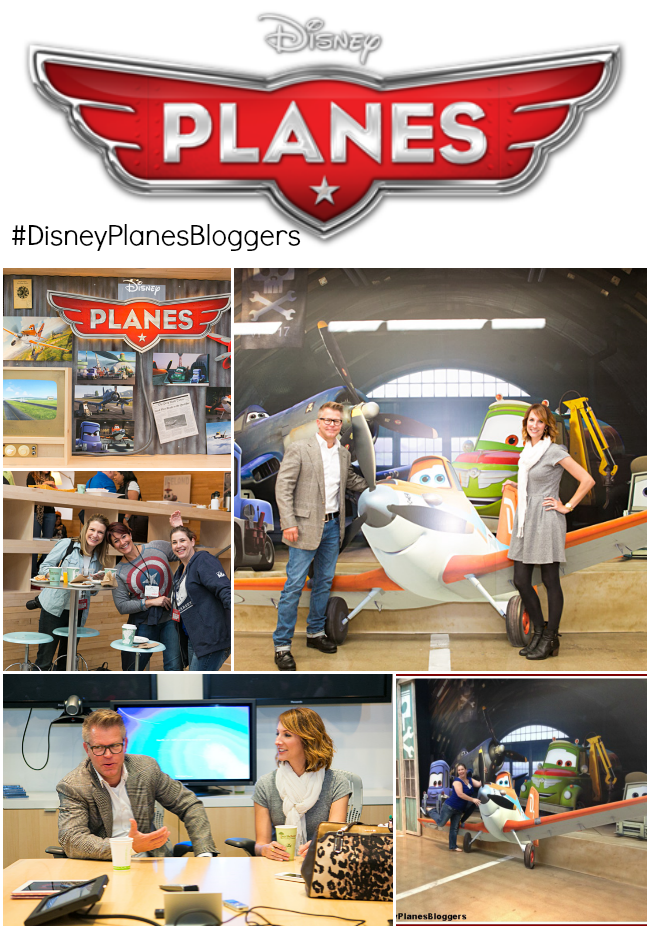 Are there any characters in Planes that have could have their own spinoff?

KH : Things that they have discussed that’s not in the works  just yet, but there are several different characters that are  popping that I could see that happening. I’m not sure. That’s the honest answer.

This family film is more of a reality to me now, knowing the efforts and detail that went into every single part. With November being National Aviation Month, it is great timing that PLANES comes out on DVD November 19, 2013. Be sure to preorder your copy now and spend a night or two watching the film and all of the incredible bonus features!

Get more on PLANES