Get to Know Fandral from Thor: The Dark World – Zachary Levi

Get to Know Fandral from Thor: The Dark World – Zachary Levi

He stopped, turned to look at us all, his entourage waiting to escort him to the Red Carpet – which he was already late to thanks to letting all of us go over his allotted time just to make sure he answered all of our questions – and thanked us for OUR time and the work we do to help him do the work he does. A sincere, heartfelt, ‘You are the voices and you may think they are small but they are not and we are grateful for your help and support!’ boomed through a room full of bloggers who were still riding high from listening to Zachary Levi talk openly about his role as Fandral in the mega blockbuster, Thor: The Dark World. As a little ole mom blogger who is just blessed to have every opportunity she does, his words, his kindness and his sincerity will resonate though my career for years to come. He is now one of my favorite people on the planet. 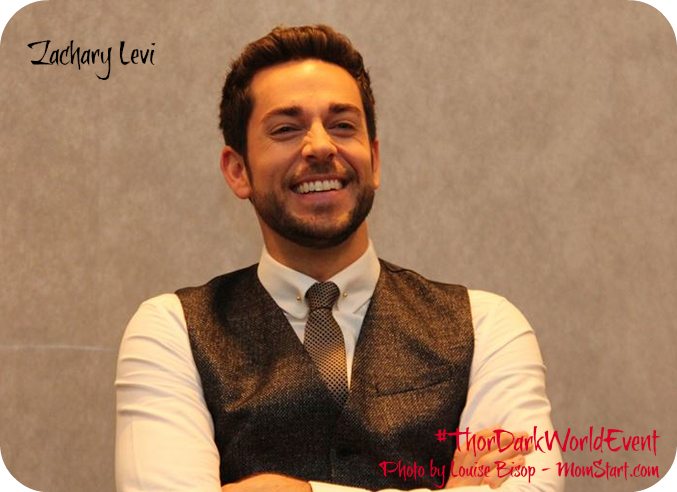 Kindness, respect and charm are all parts of the nature of Zachary Levi. In his role as Fandral, he exudes these characteristics and a quite strength that makes Fandral so unforgettable in this film.  There is a reason that Thor: The Dark World is breaking box office records around the world and Fandral is one of them.

Stepping into this role for this film, played by the Joshua Dallas in the original Thor movie, Zachary Levi was excited to finally play the friend to Thor and Asgard that scheduling conflicts had prevented him from doing in the original. Grateful to the cast for allowing him to come in and take a role that Mr. Dallas has so aptly played previously, he talked with us about his misplaced apprehension, excitement for the role and even threw in a smolder from his other huge Disney hit, Tangled (he was Flynn Ryder).

We’re you nervous about taking this role and being apart of this huge franchise?

I was nervous about coming in and-and having any ill-will –  if there was going to be any ill-will – from any of the rest of the cast – knowing that Josh had played it in the first film. I was originally going to be Fandral and then Chuck got in the way and I wasn’t able to do it. And then Josh was able to play the role and did a fantastic {job}. But not everybody knew that. And so I did not want to feel like the guy who was coming in and like taking somebody else’s job away.  But his role on Once Upon a Time conflicted (with the shooting of this film) so it was like, so that happened to me and that happened to him and came back around. But that was all I was nervous about. Being a part of the Marvel Universe is nothing to be nervous about. I think you should just celebrate that. Like you get to be apart of this incredible comic book lineage and family and universe that they have built, which is incredible. 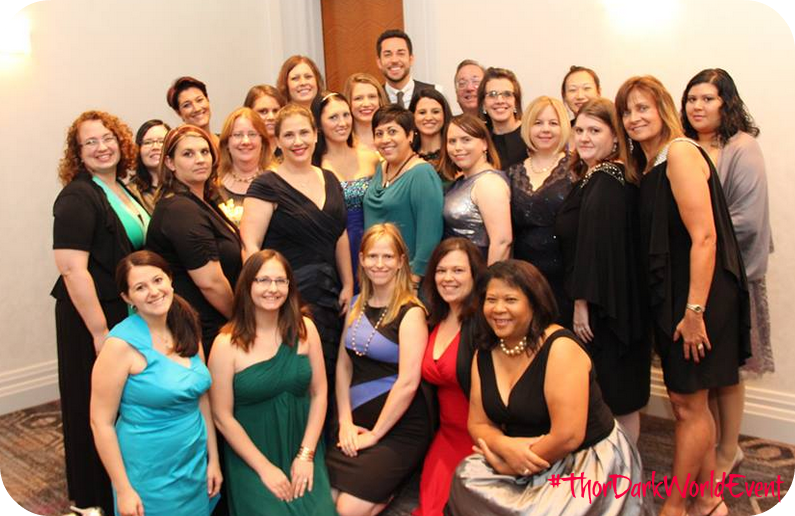 What’s it like to now play such a badass?

Badass is what it feels like. You know, I got to do some really, really fun stuff as Chuck. And kissed a lot of beautiful women. I had some great fight scenes and all that stuff, but I’m already kind of a thin, lankier, limb, limber guy. And on Chuck I got to do some kind of ‘nerdy’ Kung Fu. But to get to be a guy who is definitively a badass is just fun. Like I loved running and jumping over things, and swinging on things, and hanging on things  and being dangled off a ten story balcony and such.

Do you have to do any extra training to get you more in shape for this role?

No. What’s interesting is that I was on like a really strict workout regimen until I got to London. And then I tried on my wardrobe for the first time and I realized nobody will ever be able to tell whether I’m ripped or not. I thought they would. But I am covered. You don’t see any skin other than my face. I’m even wearing gloves so you don’t even see my finger. So, the whole point of working out for the purposes of being aesthetic was not necessary.

I have a fan question, how battered and bruised do you get and what the remedy is to the pain?

Ha… Doing what exactly? {laughter}I dare say. I didn’t get that battered and  bruised. I think I dislocated a rib at one point, but that was a freak accident. Probably the  worst thing that happened to me was I slammed my finger in my trailer door. Which is incredibly unglamorous. And I just used ice and alcohol, that’s pretty much how you deal with that. It was a really well oiled machine of a set. Our stunt coordinators and everybody was incredibly good and dialed in. And I never at one point felt like I was at risk of getting incredibly injured. I also wasn’t doing nearly as much stuff as Chris was doing. Chris has the  lion share of all the action in that movie. And then myself, Ray, Tadd, and Jamie had some really fun stuff to kind of kick into that. But I was was reasonable safe and didn’t get too hurt. 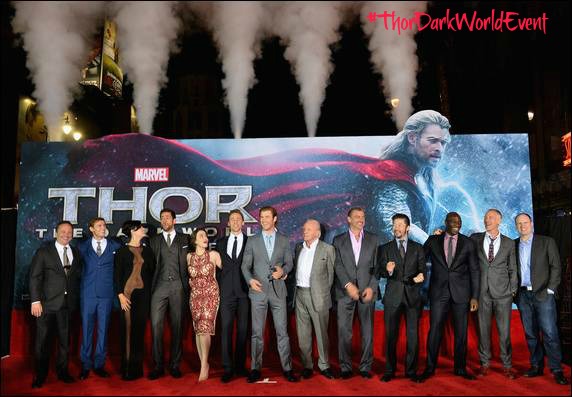 Thor: The Dark World is in theaters NOW and will not disappoint!  If you have not already seen it, take the family, take the friends, men and women alike, and enjoy a night of action, humor, and classic Marval storytelling as the amazing actors bring comic book heroes we all love to life in this modern format!

SheKnows.com – Interviews with the cast of Thor

Get to Know Loki from Thor