Marvel is a comic book franchise that keeps entertaining us with amazing super heroes, quality characters and plots that thicken. Whenever I get a chance to get up close and personal with anything Marvel, I get pretty excited. So when I got to walk the Red Carpet for the Thor: The Dark World Premier at the El Capitan Theatre, I was pretty pumped!

Check out parts of my Interviews with Loki, Sif and Fandral on SheKnows.com 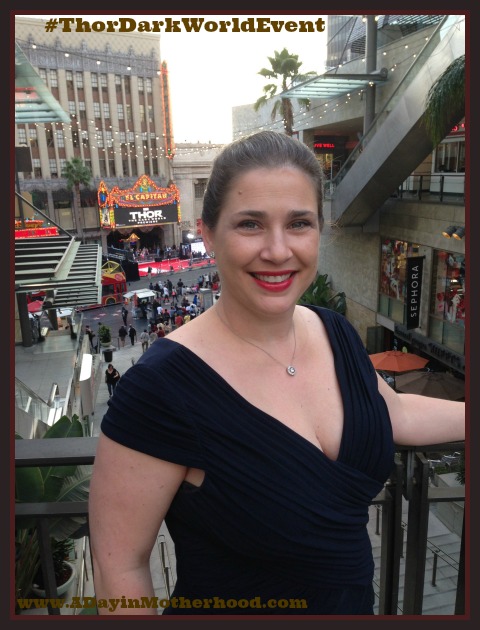 I was more than star struck when Hollywood royalty like Anthony Hopkins (Odin) and Stan Lee (Producer) walked down the carpet in front of me. I lingered drinking in the fact that little old me was just a few feet from these amazing men.

As I stopped to snap photos of the other bloggers and have them get some shots of me, my permanent smile of pure joy never left my face. Climbing to the balcony level of the theatre and listening to the opening credits of Thor: The Dark World kept that smile affixed all night long. 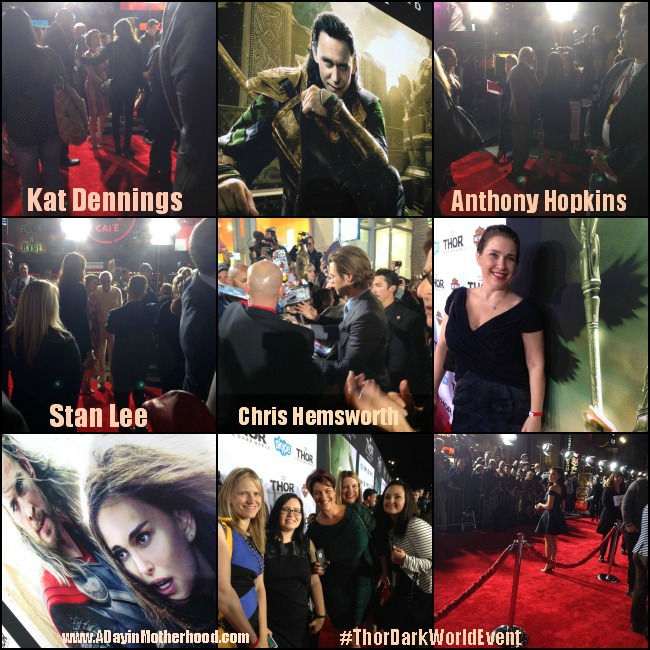 I was so incredibly blessed to be able to put on my formal dark blue dress, add some make up and jewelry, and walk the Red Carpet a the Hollywood premier of Thor: The Dark World. Opening worldwide November 8, 2013, Marvel fans everywhere will be more impressed with the clever story line, witty jokes and innuendos and shocking ending than they were in the first Thor.

From the first back flip off the horse by Sif (Jaime Alexander) in the entrancing fight scene that opens the film to the incredible special effects that take us through the nine realms with ease and excitement, Thor: The Dark World does not disappoint. 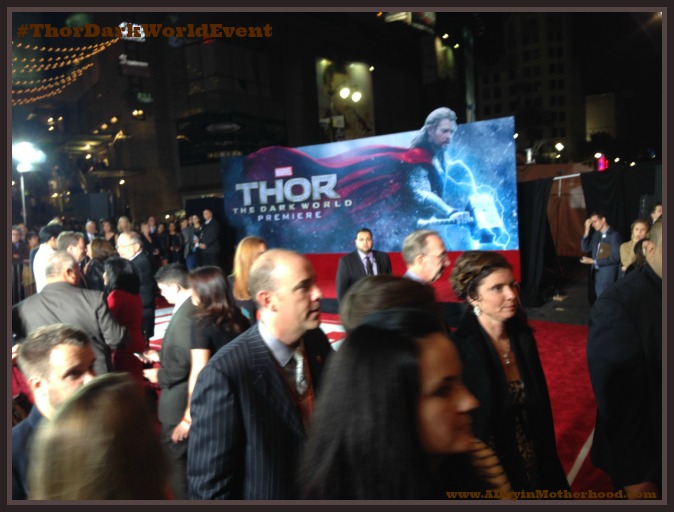 Following the story started in The Avengers and the original Thor movie, we see Loki in jail, Thor poised to take the throne and Asgard seemingly safe from destruction. But as time moves on and Jane Foster unknowingly unlocks a secret thought protected forever, the battle to save Asgard and all of the nine realms intensifies.

The amazing special effects are only second to the strong story and twists and turns that weave in and out of the sinister plot. There will be more than one moment where you gasp in absolute shock, completely surprised by the events that take place. And there will be moments when your mouth drops open as secrets are revealed, characters are challenged and what you thought you knew is shown to be something completely different. 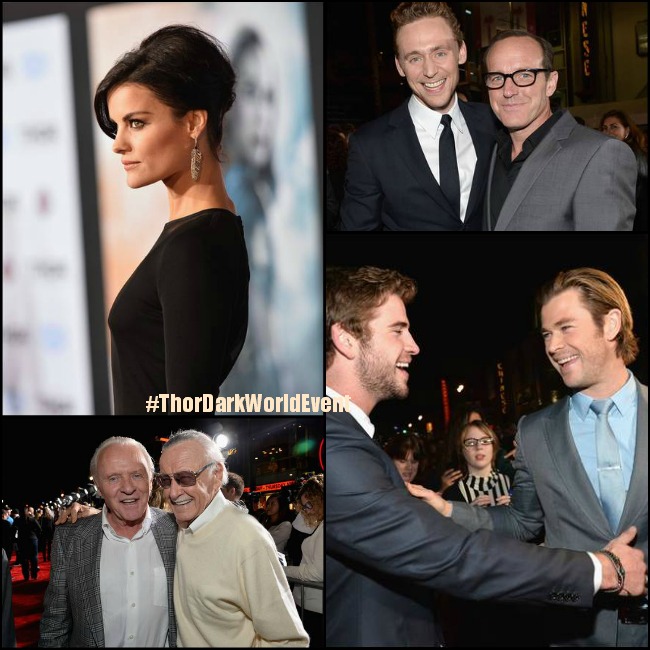 I was a fan of The Avengers, the Iron Man series and the original Thor film. But now, after seeing Thor: The Dark World, I am a fan of Marvel overall and the characters that have withstood the test of time, teaching honor and integrity as they show us the strengths of what they can do and the vulnerability of who they are.

Thor: The Dark World is a must see and it opens nationwide November 8, 2013.

See the Trailer below:

Come back and let me know what you thought!