If you follow me on Facebook you know that I had quite the wake-up call a few months ago after some routine blood tests. Inflammation is a BIG DEAL! Especially when you are a single mom of three daughters who you desperately want to be there for. One of the leading causes of inflammation? STRESS. Diet plays a huge part, too. So does genetics and lifestyle. As I prepare to see a cardiologist this week following another set of tests that show that the inflammation has not improved yet, I have to understand that I am in control of reducing stress in my life. I can change it and I have been taking the time to do so. I had to let work fall to the wayside for a little while, but it had to be done. I had to take some time to make some real decisions. I had to really look at my life and decide what was important. 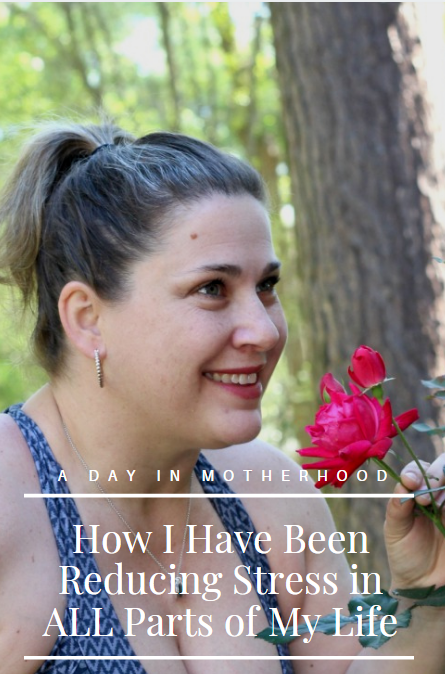 Reducing Stress in my Personal Life

As you know, I am a single woman. No, I don’t ‘date’, per say. I simply do not have the time or desire to give to a relationship. You would think after almost 7 years since my divorce, I would want to, but I so don’t. However, I have had a male friend that I have casually seen here and there for dinner, outings and conversation. At first, he was an escape. I could get dressed up, go out to dinner and feel like a woman worth someone’s time. Quickly, however, he became a major stressor. Unsuccessful in his own right, I found him to be full of excuses and plain mean when I accomplished something of my own. It got to where I would, literally, feel my shoulders tense when I saw a message from him. So. I let it go. It is hard to do when you are single. Even if you don’t want a relationship, there is something just human about wanting someone to care. Someone to think you are worth their time. But when it becomes toxic and adds to the stress in your life, being alone is better than carrying that around.

Reducing Stress with my Kid’s School

With three kids the school schedule gets quite hectic. Just at the beginning of summer, I have to make some changes to make my experience with the school year less stressful. This last year I was in a carpool. While I loved it, it actually added stress because I found myself altering my schedule to make sure I was there. Also, I had to pick the kids up and come straight home, wasting an hour of errand time I could have done with my oldest child in tow. So, I decided to stop doing that. Now I will have to go to the school 10 times a week instead of three but I feel like getting all the kids up at the same time, driving them all and then having that extra time in the afternoon to get more done will reduce serious stress.

Reducing Stress in my Work

With the launch of my new business, ADIM Media, LLC, I have encountered a new breed of client. These are real life, in your face, have to see them quite often, clients. In blog work, 98% of the clients are behind a computer screen. While I LOVE interacting with people, I have found that, for some, keeping their word and lying straight to your face is the norm. After dealing with such a person for almost two months, I fired him. If any of you own your own businesses, you know how incredibly hard that can be. But it was adding major stress to my life dealing with him. So much so that I would rather reduce my expenses and live without that client than to continue to work with him. He was not happy, let me tell you, wanting me to do all of the work while his payment to me was full of excuses, but I am thrilled that I let it go!

Now, I realize that stress is not the only thing contributing to my inflammation. Diet is HUGE! A sure way to reduce inflammation in the body is to eat well. But I will admit, after 46 years of eating poorly, the process is just that. A process. I have lost weight and I do feel less ‘swollen’, but I struggle every single day to put real food in my body and not to cheat. But, as I am starting to see results that I have not seen in many, many years with many other methods, the stress of my diet is starting to ease. That is making a huge difference overall.

Reducing Stress with Exercise and Sleep

You guys know that I am all about CrossFit. Plus I have found some real friends there that are really giving me a great motivation to go everyday. With my consistent exercise, which I try not to miss, even on my busiest days, I have found sleep to come much more easily. I do get up early in an attempt to get some work done before my kids get up, usually around 5am, so that helps too. But I credit good, solid exercise almost everyday as my real sleep promoter. I turn everything off around 9:45, after my kids fall asleep, of course, and am usually sawing logs by 10:00. I don’t wake much during the night anymore and I feel like I really got some healing sleep. That has helped me deal with life’s unexpected struggles with less stress.

No matter what, I have to fix my health so that I am here for as long as possible. I can not help freak accidents and other unexpected events, but I can reduce the stress in my life in every facet to make it less likely that something preventable reduces my quality of life.

Whatever you have to do, try to reduce the stress in your life one aspect at a time. It may take really looking hard at what is important but it has to be done!

How do you reduce the stress in your life?