What I Learned About Marriage After My Divorce

What I Learned About Marriage After My Divorce

I have never been a fairy tale girl. I have always known that things are not always as they seem. Blame it on my childhood or just on my internal make-up, but I did not want to get married or have kids for many, many years. Despite my adoptive parents 45+ year happy marriage, I knew that loss happened, pain happened and deceit happened in most relationships. At least the ones I had. So when I met my ex-husband, I was not looking for forever. Fresh off a broken heart from someone who I thought cared about me, I let a man in that has no right to be there. I was a successful stockbroker with a desire to travel and explore life. I owned my own home, car, had no debt and could pretty much do as I pleased. He was an hourly construction worker who had never had his own home, apartment, checking account or car. Everything he had, someone else had given him. Much like he is today, he never was able to hold his life together on his own. A complete and total opposite of me. 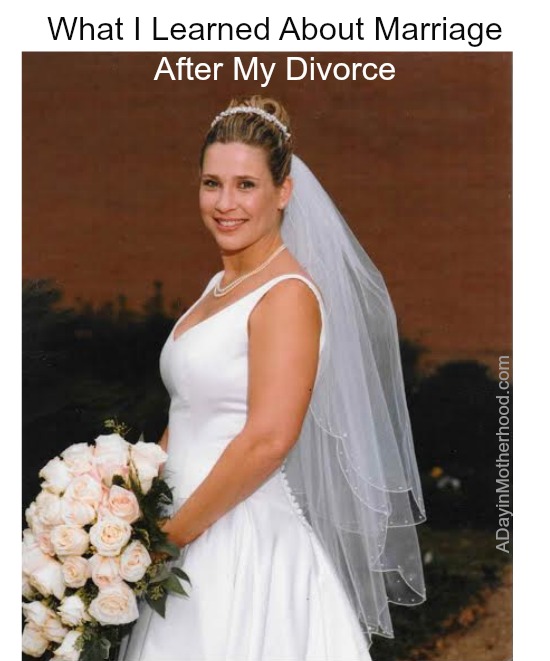 I look back and I wonder how it happened. How I ended up with someone that had no desire to be anything other than a mooch on other people. But I did. I distinctly remember laying on my floor in my house with him about three weeks after we met.  He claimed I was the ‘love of his life’. The only one he ever wanted. The one he wanted to have children with, grow old with and dream with. I remember thinking he was full of it. But I needed to hear it. Needed to think it was true. Needed to be needed. I had never been number one to anyone I dated in my life, so hearing the same words he had repeated many times to many women actually got through to the weakened me.

So when he moved from his then girlfriend’s house into mine, I had a sense of ‘winning’ that drove the excitement. There was never any love from me to him. Deep down, I knew I was being played. When I kicked him out and he moved into his current girlfriend’s house, whose life is a carbon copy of what mine was when I met him, I saw the pattern repeating. This time, I watched with open eyes. Except now I have children that are watching as he plays the same old game the same old way with the same old girl who needed to hear something that she had not heard before and has talked herself into believing. She thinks she is ‘different’ just as I did.

As a very happily divorced mom of three now, I struggle with my own issues regarding this marriage. It is my own fault for allowing someone that I knew would hurt me to take me down the path of unhappiness. I own it. As I embark on a happy single life, I am also trying to reach deep inside to see how we went from ‘he’s a player’ to ‘he left me with 3 kids and $0.72 cents in the bank’. I don’t want to repeat the same mistakes should I ever decide to let anyone in again. A long shot, I know, but I can’t live knowing I made mistakes and did not learn from them. 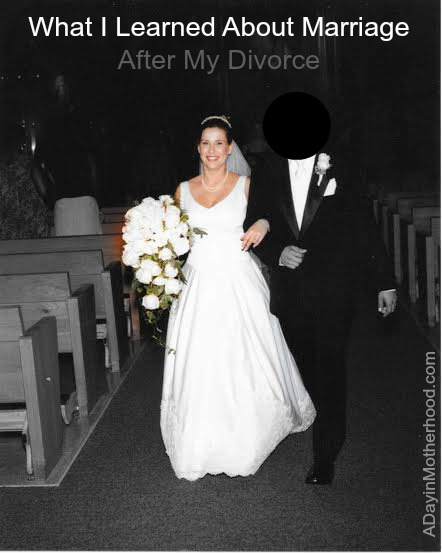 My ex-husband slept with his ex-girlfriend three weeks before our wedding. I found out and instead of kicking him to the curb which I should have done a million times, I fell for the charm and the suggestion of couple’s counseling. The counselor told me that my dreams of a wedding and kids that I allowed myself to have with him would be over. That all men get scared and make mistakes. That her own husband had a ‘transgression’ before they married and they were still happy 25 years later. 10 years later I want my money back. But I let it happen. I knew I had no business marrying someone who was cheating. But I had the dress. The church. The excitement from relatives and friends. The honeymoon booked. The rings I bought. The credit card debt proving I wanted this so badly that I paid for it all myself. No contribution from him. So I whitewashed who I knew he was and walked down the aisle in white, thinking the whole time as I approached my still drunk from the night before fiance, that I could always divorce him. Whitewashing over someone’s true colors is something I won’t be doing again.

Trust is easier to lose than to earn

When my oldest daughter was born a mere two weeks after the first time we talked divorce, not even a year after our wedding and Mexican honeymoon that he wanted to leave early, there were a few weeks of pure happiness. Kids have a way of establishing a false sense of security at first. This person you created together somehow bonds you to the other with a strength you never knew existed. I didn’t trust this man at all by now but the feelings of euphoria and the perfection of my daughter caused me to second guess my issues with him. When my daughter was 3 weeks old, I put her in the car and left him. The trust in his commitment to this family and this life shattered by yet another piece of evidence of his infidelity. Despite my new child, his excuses on repeat and my desire to keep going for the sake of my baby, he never earned my trust back. If you don’t trust them, don’t be with them. It is so much harder for them to earn it back than it is for them to lose it.

Frequent sex does not mean a marriage is working

In the entire almost 9 year relationship, the ex and I had a regular, at least weekly sex life. Despite the fact that one year after we married he told me I was a bad kisser and never kissed me again (sans the ‘peck’)- a reaction to my telling him his breath was bad that day – I felt that if we were having sex, we were having a marriage. I told myself that if I wanted to have more kids and to make him come home at night, he had to have regularity. The longest we went without sex was two months after I found yet another ‘she’s just a friend’ photo on his phone. It was not good, it was not loving, it was not how it should be. But it was. We had it one week before I kicked him out. I now understand that sex in a marriage is much different than a relationship in a marriage. Sex is an act that anyone can have. A relationship is one only the truly committed get to experience.

Divorce is the most liberating pain you will ever have

I knew I had made a mistake. I knew I had complicated that mistake with giving up my career so I could be home to raise my kids. I knew the only mistake I did not make was having my kids. For my kid’s sake, for them to have the best mother I could be, I had to own my errors in judgement, admit I had bought the lies and the manipulation hook, line and sinker. I had to accept that the man I was married to was the same opportunistic person I had met 9 years earlier.  That I could not change him. That when he told my neighbors at my daughter’s 5th birthday party, that I had worked tirelessly on for a week, ‘I only married her because the true love of my life was in a relationship. But now that she and I have started to get close again, I want out.’, I should have listened. When I finally did listen to myself and what I wanted, kicking him out was the most liberating pain I have ever felt. The pure elation of knowing that the struggle and pain of the very ugly divorce would take me to a place of pure happiness with my girls and my life was intoxicating. Divorce is hard. But his actions during it solidified every truth about him and his character. It also opened my eyes wide to my own complete manipulation of my thoughts and feelings that allowed me to even be with him. On the other side of divorce, successful and happier than I have ever been, that scary word turned into complete liberation. 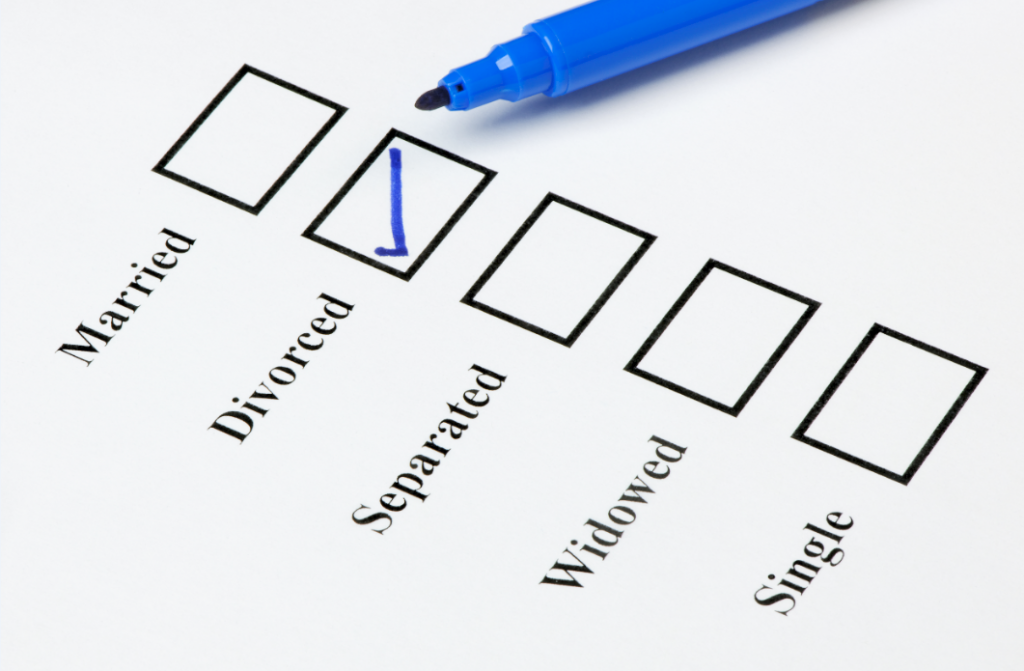 I realize as I complete this transparent edition of my life that reactions to it will be mixed. Inevitable are the nasty text messages from the ex, the comments on Facebook that this piece was written in the tone of jealousy or complete bitterness, or that I opened up too much. I may get some emails from family members showing complete disappointment in me for sharing so much. The truth is, I believe in marriage and think it can be the most amazing thing for so many people. The other truth is that once my kids are grown, I hope to have someone to live my life out with that I can be happy with. I am not bitter or jealous, I am just honest.

But I am not the only woman out there who made a decision about the partner in her life that is struggling to know if it is right. I am not the only woman who has let her desire to have the external image of a life cloud the reality of what is behind closed doors. So if one woman who wants out needs to know she is not alone, I am happy to take the lumps that come with this post on her behalf.