My Separation and Divorce: One Year Later

My Separation and Divorce: One Year Later

Today marks the one year anniversary of the day I finally got my ex husband to move out, thus setting in motion my journey to single motherhood.   It, still to this day, has been the single best decision of my life – other than having my children, of course. 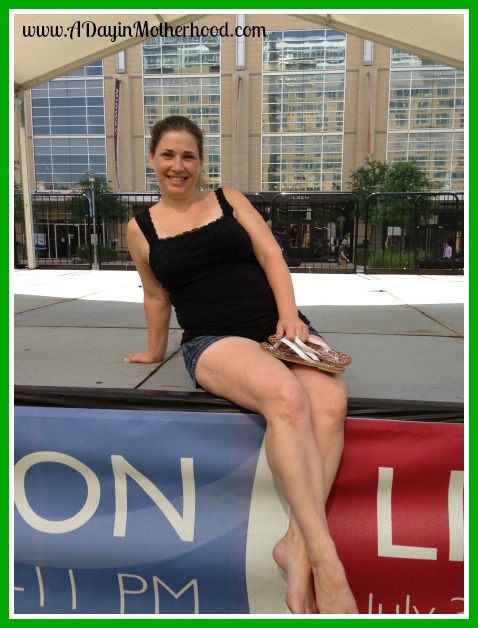 Not once in the last year have I ever regretted the decision.  And despite his many pleas over the year to come back, I have stood strong and never considered letting him back into my life.

Little did I know a year ago what this year would hold for me and my children.  The ups and downs, the hard lessons to learn and the personal growth have been unexpected and welcome at the same time.

The separation itself was a lot more dramatic than I thought it would be.  Especially since the first time I kicked out my ex husband was when my oldest was 6 weeks old.  The marriage was never good.  We had major infidelity issues while we were dating.  And I remember thinking to myself that, “I can always get divorced.” when walking down the aisle.

I look back now and wonder why I married him.  I think I was just in a place where I wanted children and marriage.  I was 33, a successful business woman, owned my own house and could come and go as I wanted.  But when I met him, I was downtrodden about a recent serious break up and thought he would just be a distraction.  And I really, really wanted the wedding and the children.  So much so that I ignored the disconnect with the groom.

Now don’t get me wrong,  there was a time that I thought I was in love with him.  But the rest of the time, I think I just willed myself to be in love.

In this last year, I have had time to reflect.  His actions during the divorce – not that anyone acts rationally in a divorce – hammered home my own errors in judgement and unearthed the glaring issues I had swept under the rug.  Every time he did something irrational, I had to look at myself and own my part in it.

And that was a hard thing to do.

I had to own up to my selfish motives that led to my children witnessing a bad relationship in their home and a loud, scary, unpredictable divorce.  They have to now go from home to home and they tell me all the time that they wished mommy and daddy still lived together.

And I did that.  Because I knew before they came along that he would not be a forever man.  We had way too many issues. Too many things we vastly disagreed on.  Too many horrible fights that should have all led to the end of the relationship before it ever led to I Do.

But, despite my intense scrutiny of myself, I know that without him, I would not have the most amazing, awesome, beautiful, wonderful, smart, loving little girls I have ever known in my life.

And, in the end, I would not change a single thing.  I regret nothing on the road to getting them.  And I thank God every single day for introducing me to their father, allowing me to wear the blinders and giving me the strength to be grateful instead of hateful.

A year after the stressful, dramatic exit from the marriage, we have both moved on.  He moved in with his current girlfriend just a few weeks after moving out of our house and I have embraced my role as mom, caregiver, income earner and disciplinarian to the best of my ability at any given time.

I still can not look him in the eye.  Some of the things that happened during the divorce are hard to forgive.  Some of the information I have learned that revealed truths I ignored are hard to digest.  And I put no timeline of being able to move on from those pains.

But, a year later, I am stronger.  Smarter, more resolved and making it.

I have rediscovered friends I had lost, have learned that I am stronger than I thought, and have become a better mother through the entire experience.

I don’t know what this next year holds.  But I do know that with every day I heal and grow and renew my resolve to raise my children to the best of my ability.  There are hard times ahead, I am sure.  But there are also celebrations and joys that I will relish from start to finish.

Because if anything,  my separation and divorce has taught me that there is a better life out there for all four of us.  I just have to get up in the morning and pursue it.

Be sure to sign up to get my Daily Email for even more!