This shop has been compensated by Collective Bias, Inc. and its advertiser. All opinions are mine alone. 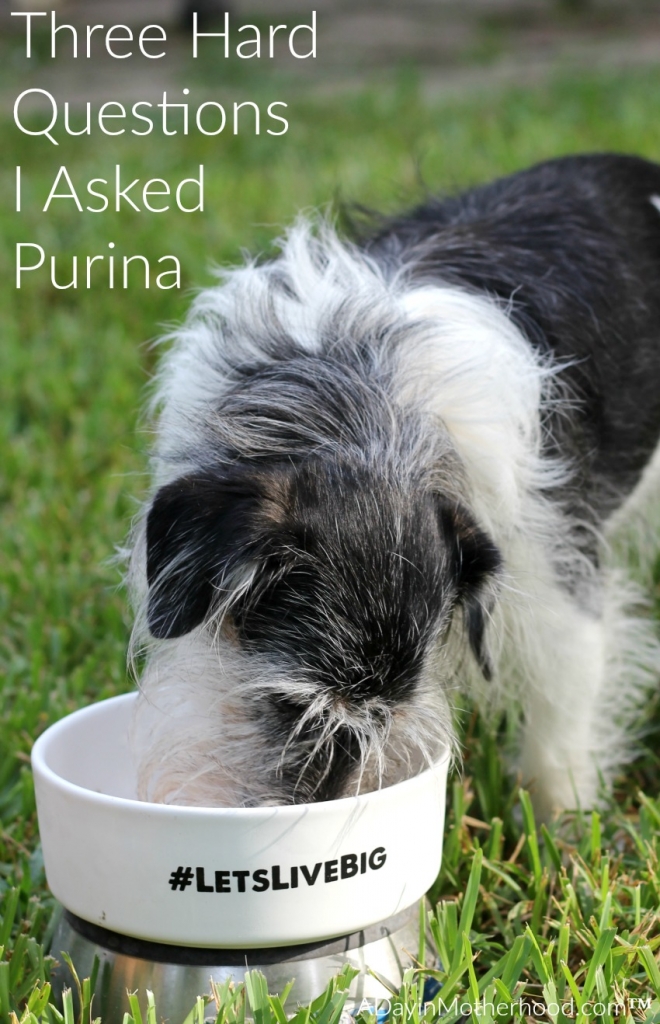 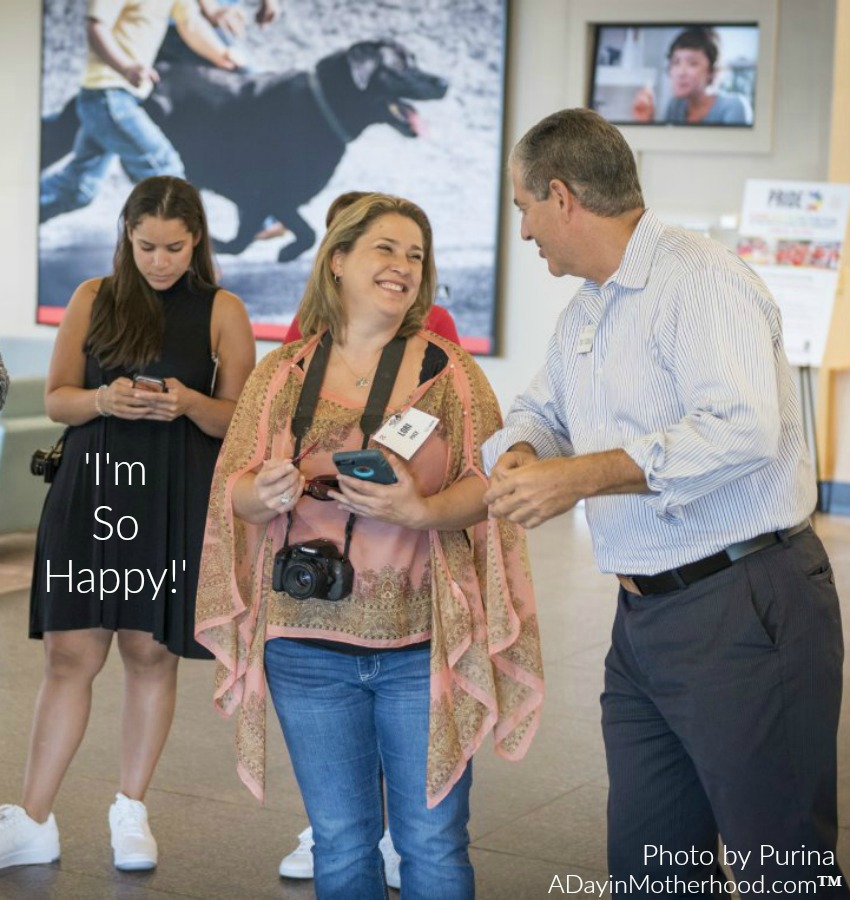 If you ask Purina, I said ‘I’m so happy!‘ at least a million times when I got to go to their headquarters in St. Louis. There were pets around every corner, I got to attend the largest National Bring Your Pet to Work Day ever, and I had a gourmet chef make me lunch based on the combinations and flavors of their cat and dog foods. It was an absolute blast and I was honored to be there. But, a dog lover and owner myself, I was not one to be pushed over by the wagging tails and belly scratches that tried to distract me from my mission. I had questions for Purina, on every level, from the quality of their foods to their program that tests on animals to what they were doing to give back. Because while I trust Purina and it is the brand I confidently feed my beloved dogs, I still have concerns that I know my readers share and I wanted to get to the truth. While I was petting dogs. Even grass ones.

Check out this video – can you find me? – to see what other’s thought of the visit too!

What is the real deal with Beneful? 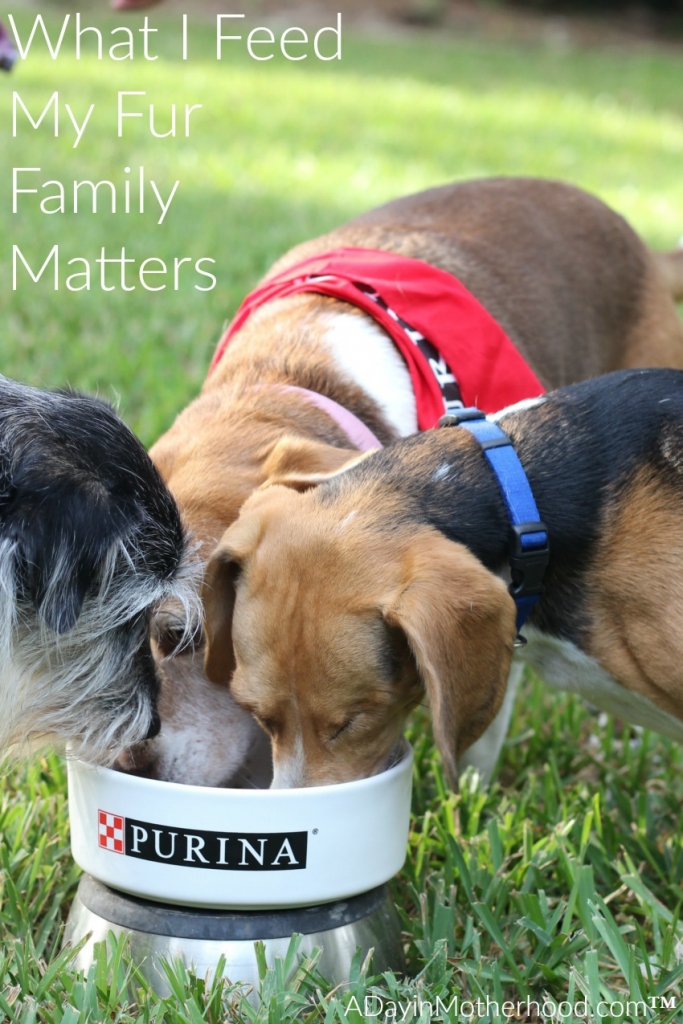 I am sure any pet owner knows the news surrounding Beneful, a Purina brand. Several owners had pets die and they came together, believing that feeding their pets Beneful was the reason and sued. The emotional nerve was hit by the parents of the beloved pets posting on social media about their suspicions. I will admit, I made a mental note not to buy the brand again. But I did buy other Purina brands, like Bright Mind and ProPlan Savor. I had readers ask me how those brands differed from Beneful and why I was putting my pet in harm’s way by supporting Purina at all. I didn’t have a solid answer. Again, I trusted Purina but with some concerns. 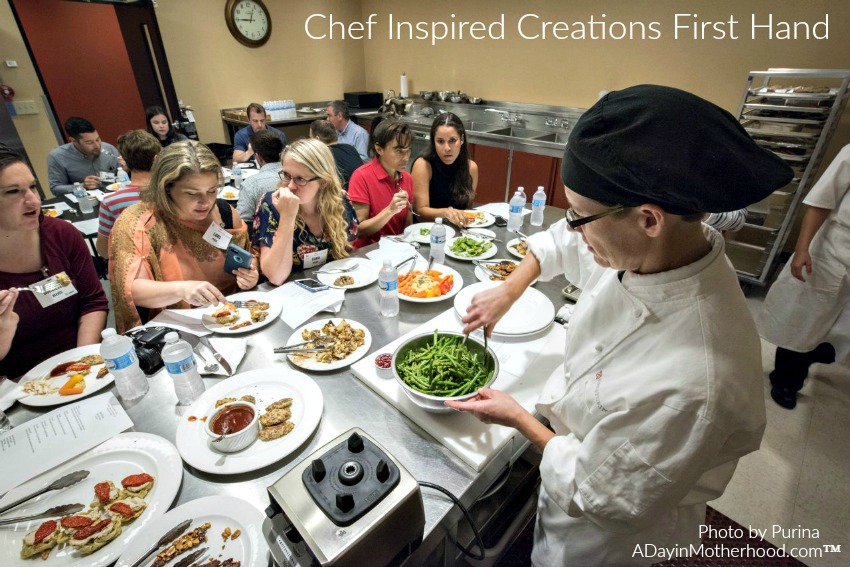 So I asked. And I asked again. And I asked again until one of the brand’s representatives came to talk to us about Beneful. She stated that there is an ongoing class action suit where the details could not be discussed but that 1/3 of the complainants had already dropped out after learning the facts. There has never been, and is still, no issue with Beneful. It was never recalled and, of the 14 million pets that eat it, there has not been an ‘epidemic’ or reason to believe that the food caused the death of beloved pets. 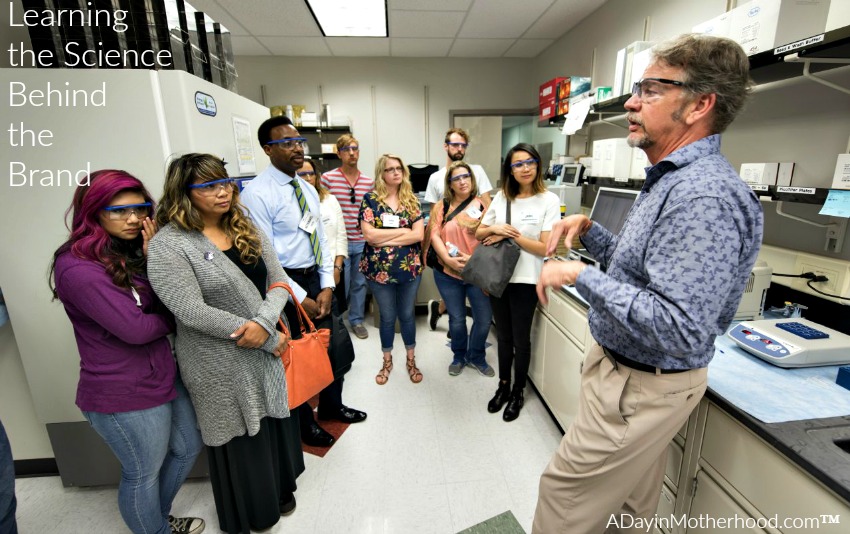 She also stated that the Beneful team IS listening to consumers and is making every effort to improve the product coming to shelves. For instance, real meat will be the main ingredient come August 2016.
I will say, after listening to her talk and others on the company talk about Beneful and the reality of the situation, I starting to think that maybe what we read in social media is not always true. 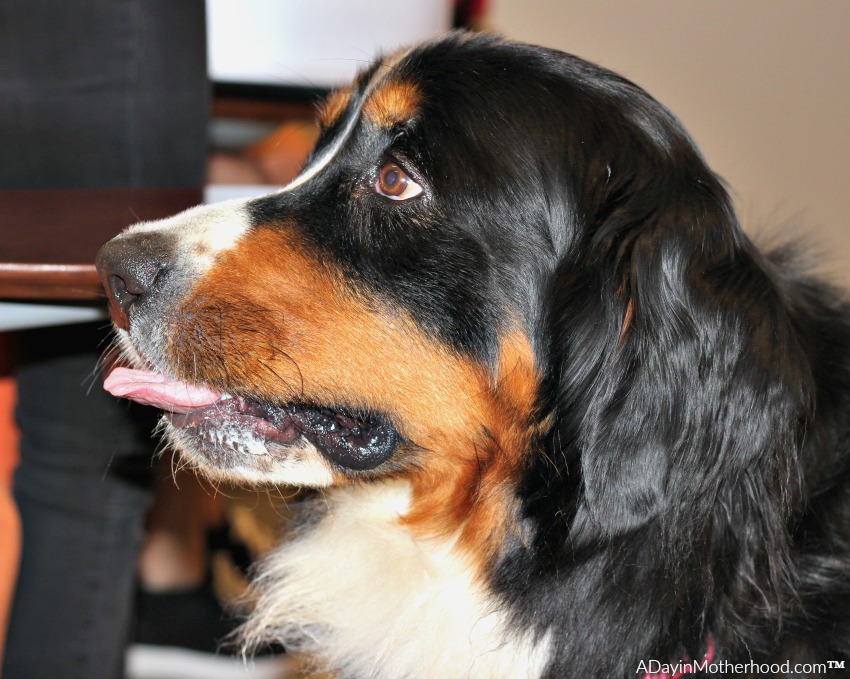 Do you perform Animal Testing and why? 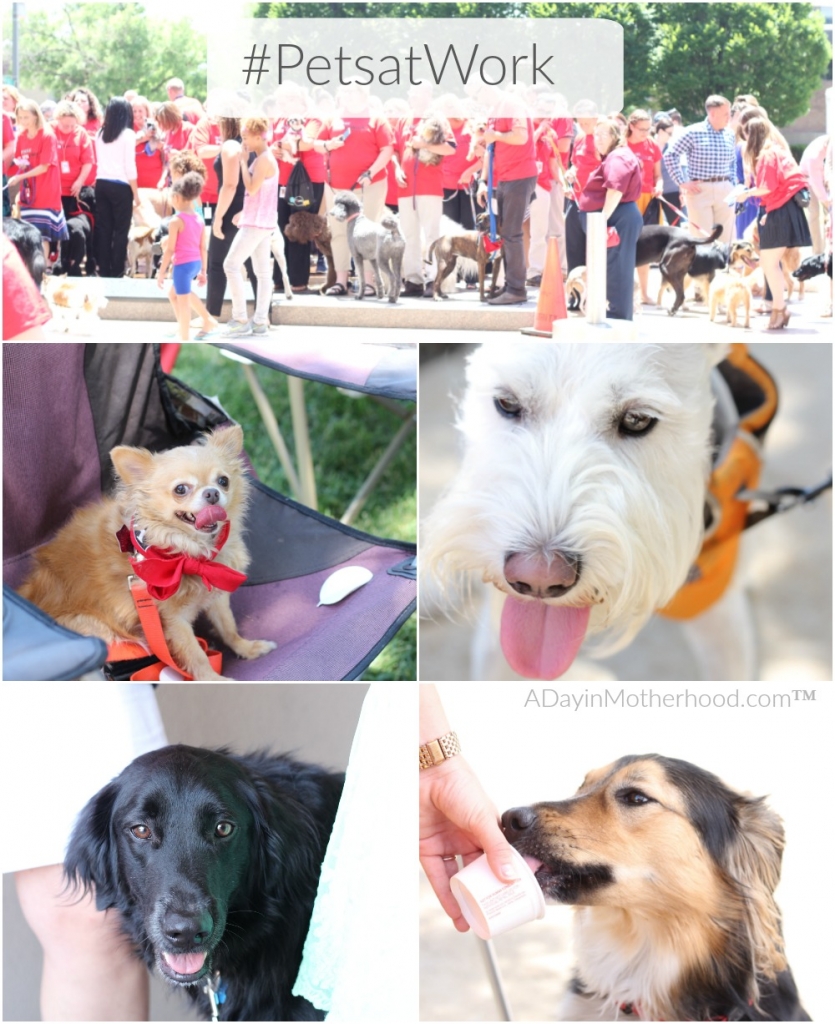 I am probably one of the biggest animal lovers on the planet. I can not stand it when any animal suffers. Well, except maybe bugs. Like flying roaches. Those are just freaky.

But for the dogs that I adore in my one home, including my One Eyed Jack, and the cats and dogs I love that my friends have, and the ones I see on the street and have to say Hi to, totally ignoring the owner, I have to know that they are safe and happy and loved. So when I hear that a company ‘tests on animals’, I get a little upset. In fact, I belong to a Beagle group that was none to happy that I was going to Purina at all because they test on animals. 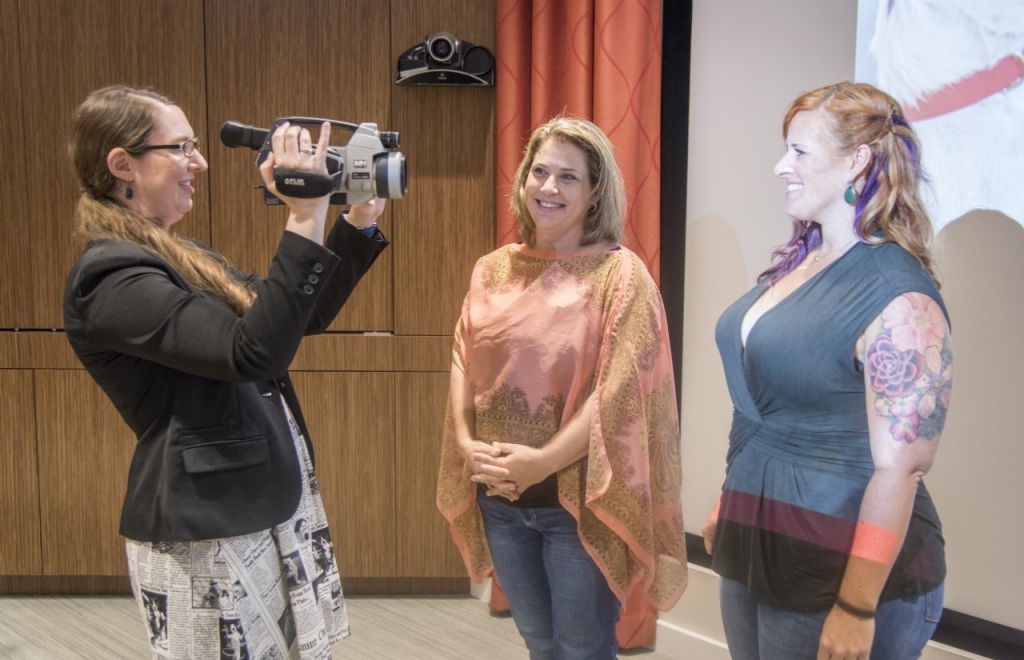 So I asked and I asked and I asked some more. And I got my answers from Janet Jackson, one of the heads of Purina nutrition. Yes, they do have cats and dogs that are Purina’s that live in a building that are eating Purina foods and allowing them to test how those foods affect every part of the animal. The most invasive thing they do is a blood draw. The majority of the testing is brushing the coat and testing the hair (seriously, when we went to the lab, there was a guy there weighing cat hair). They assess their weigh gain or loss. They check their eyes, teeth, activity levels and sleep patterns. To listen to her talk, they love these animals. All of them have names and all of them are petted and loved on on a daily basis. 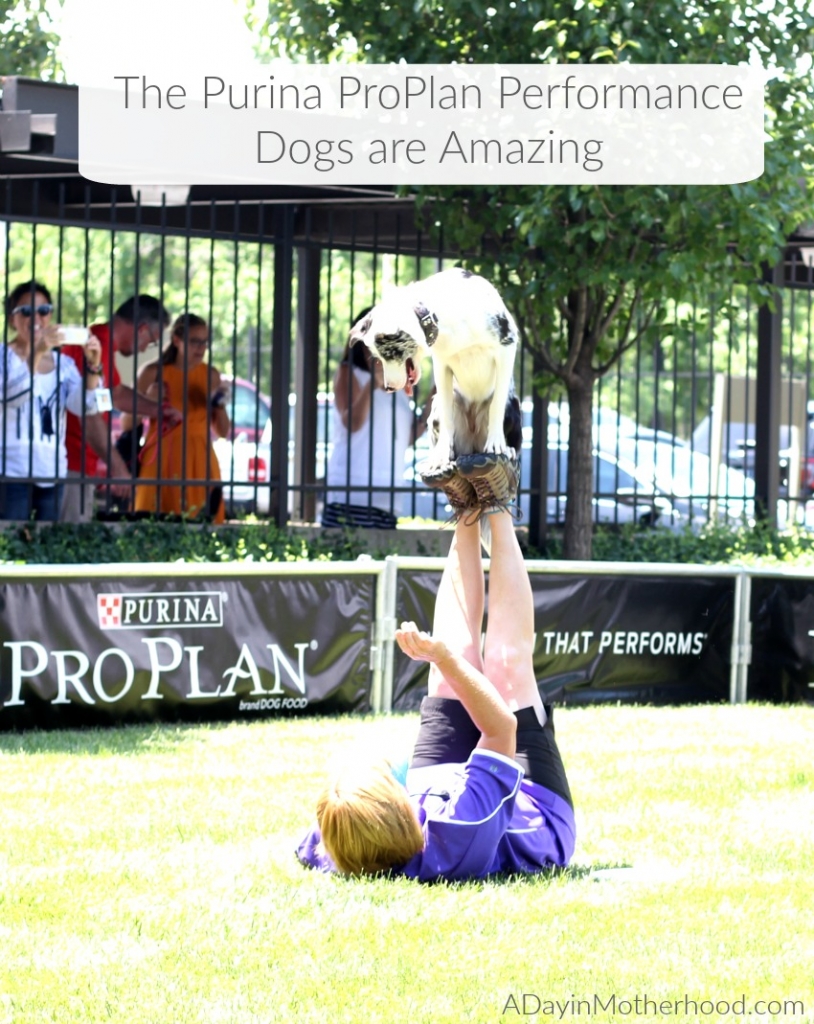 In fact, she told me that they have a huge walking path and that the dogs were walked many times a day, that they were required to have a minimum of an hour of playtime a day and that they are loved and petted and monitored by a team whenever the simplest test is administered.

Seriously, and I know this because I was a volunteer to witness it, they have an infrared camera that monitors how hot the animal gets so they know if it is getting stressed and they even have a heart monitor on it to make sure it is staying calm. They keep most of the pets they have, and yes, she referred to their as their pets as lovingly as you and I would ours, and stay with Purina their entire lives. They are not euthanizing animals when they are ‘done’ with them. 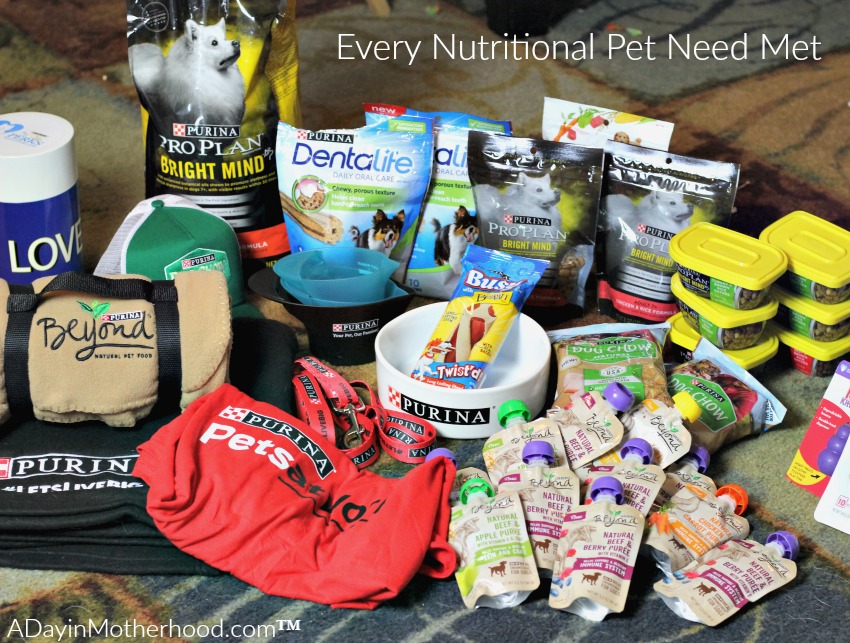 Listen, I think my dogs are spoiled. But I can tell you that they go for days sometimes without a walk and that an hour of solid playtime where they run and play and are totally active is probably not happening at my house. We have spurts but not solid. Nor do I sit and pet my dogs for hours on end – well, sometimes – monitoring how that petting drops their heart rate from 150 – 75 in a matter of minutes. Yes, they are in kennels but so are a lot of dogs in this country that are crated all day. But I never got the feeling that these cats and dogs were abused in any way and I never heard anything in what she told me that made me feel that these animals were in any danger at all. 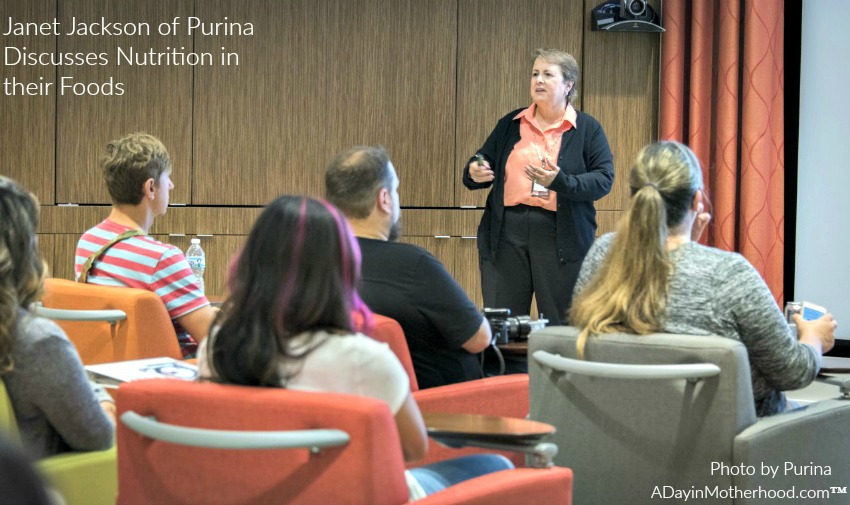 I would love to think that no testing ever needed to be done on animals but the truth is, when you are feeding 75% of American dogs and cats, you have to know how your products affect real animals. And you can not totally recreate every bodily affect in a lab. 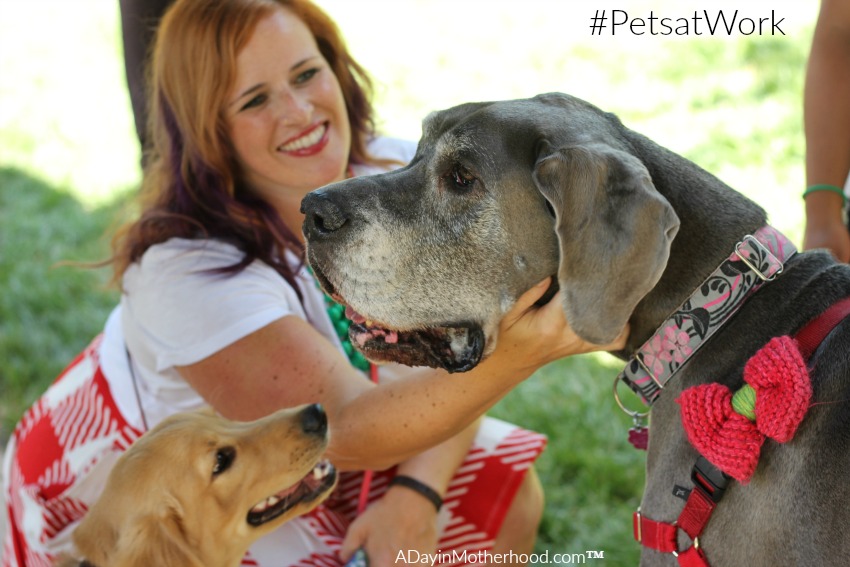 How do you Give Back to the community that we don’t normally hear about?

Did you know that Purina sponsored a room at the St. Louis Children’s Hospital so that kids battling serious diseases could have their family pets come and visit? 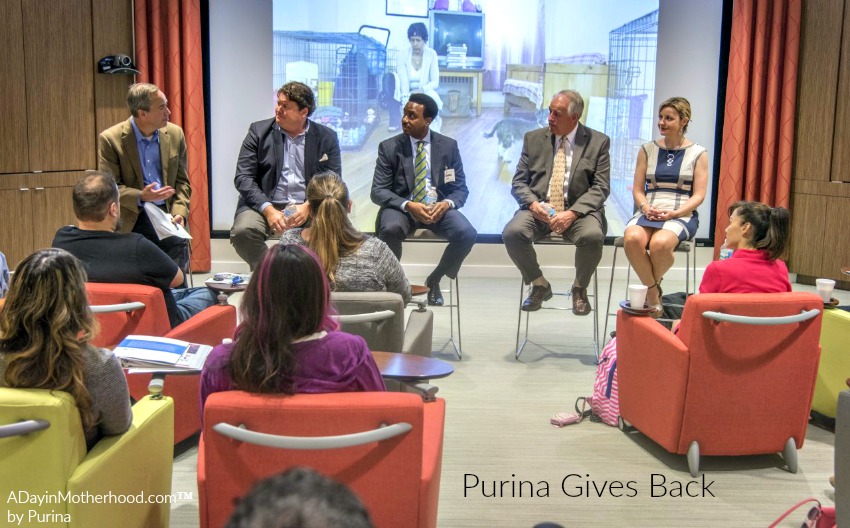 Did you know that Purina worked with Battered Women’s Shelters so that when women needed to escape their abusers, they did not have to leave the pets behind? 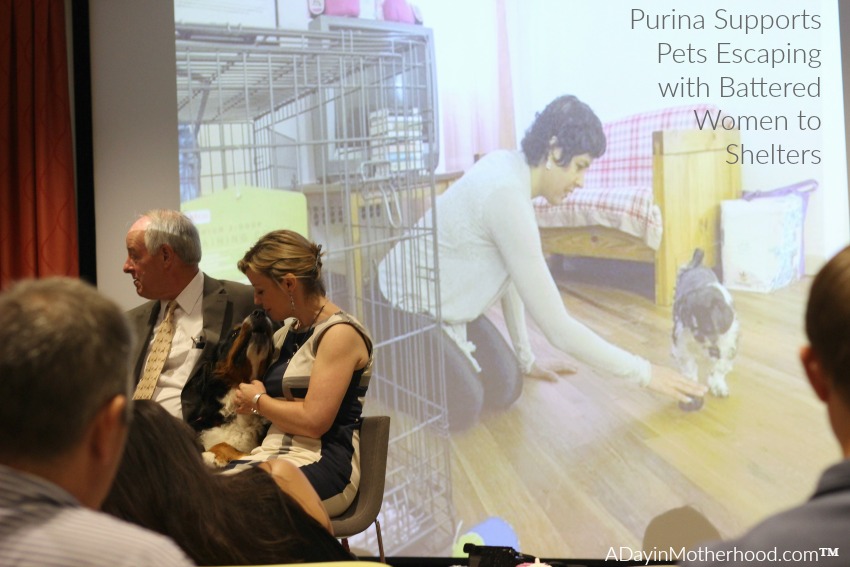 Did you know that Purina has a Farm called Purina Farms that fulfills Make a Wish kid’s dreams all the time without hesitation?

Well, they do. I have to say, any company that works with the most desperate in our society, the ones fighting the hardest fights, the ones who see no light at the end of the tunnel, deserves a pat on the back and a very heartfelt thank you. 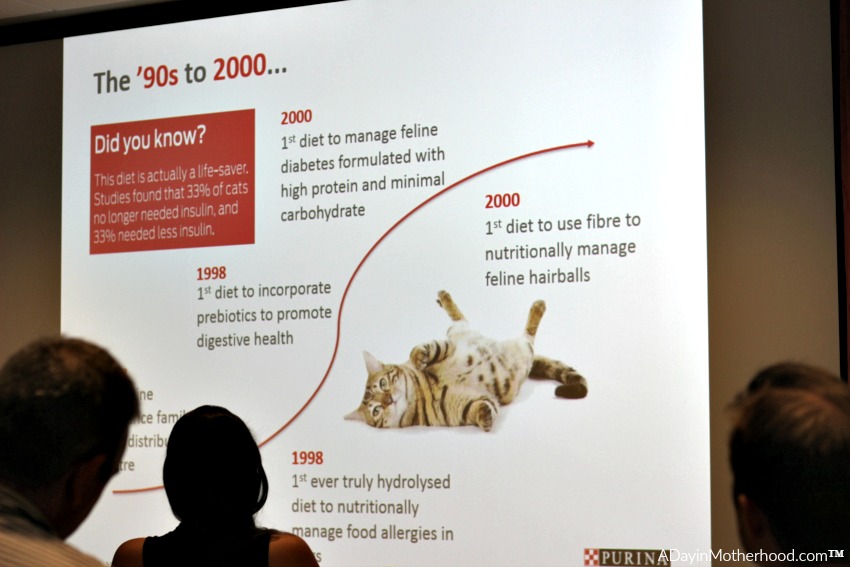 Listening to the panel which included the heads of these charity organizations had me heart heavy and my tears ready to fall. I asked what I could do to help. They simply said, spread the word. Spread the word about the adopting a shelter pet so these animals can get out of their cages and into a loving environment. Spread the word that donations are needed to help the kids who have lived in the hospital for months on end see their beloved pets again. Help in spreading the message that battered women can bring their pets with them when they flee their abusers with their kids in the middle of the night. Just letting you know and you letting your friends know and them letting their friends know can make a huge difference. 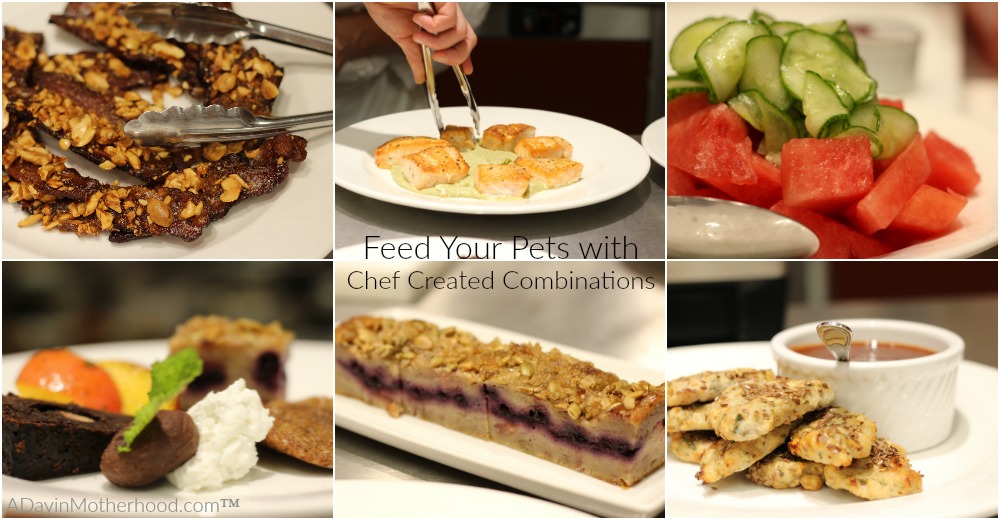 I could, literally, write all day on this experience. It was amazing and it was an honor to have been invited. I left understanding that yes, Purina is a large, pet food producing business that feeds the majority of America’s pets with a variety of brands. No, they are not perfect. But they never claimed to be. But not one person in that building wants to see animals hurt, suffering or unhappy. The vast majority are pet parents too and like you and me, no amount of profit is ever worth the suffering of even one animal. I truly understood that by the time I left!