It happened. The one family I deemed OK for my kids to watch on TV is now banned in this house. I won’t put money and trust into a family who hid sex abuse allegations against their son. I won’t support a family who preaches to anyone who will listen that physical activity is saved for marriage when the sexual abuse of 5 girls by one of their own  children is in the history. I won’t let me kids think that they deserve to be followed. And I am totally sick about it. 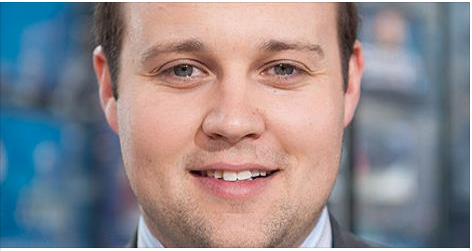 There is officially no family on television that I can share with my kids. Not one. No one to look at as an example of doing good. No one to use as an example of someone doing something right. I am sorry… with the Duggars, the ‘media symbol’ of wholesome, honest, goodness in the world, imploding from within amongst secrets, lies and cover ups, my trust in absolutely anything I see in the media is gone. And it was barely there to begin with.

It wavered on the Lance Armstrong cheating scandal. Buckled under the Cosby sex cases and now has completely fallen to the floor of the deepest crater on Earth. I won’t find it again. The sad thing is that I see the people in the media being displayed for who they are. But what is going on with the people who don’t have camera’s in their homes? Who don’t have people digging through records looking for the black mark. What about the every day people that I won’t have the ability to know about?

I’ve been to the How to Spot a Child Molester classes and it still seems impossible for me to be able to tell who around my children is good, and who is not. I never let my kids out of my sight if I don’t have to. They don’t go play at people’s homes unless I am there. They never hang out with people I don’t know really, really well. They are probably going to hate me for keeping them so close. But I’d rather that than having a tragic event in their lives like this.

Yes, I know I will get slack for it. I know people will tell me that I have to let them go and grow up and pray that they don’t come across a Josh Duggar or Bill Cosby of the world. But I can not help it. This literally came out of nowhere for me.

Every Tuesday night this entire season, the girls and I have curled up and watched 19 Kids and Counting. I have talked to my kids about why they only side hug, why they don’t kiss until their wedding day, why they hold their values and morals to the highest standard. I purposely leave out their deep seeded beliefs because I don’t personally believe in them or want to teach any homophobic, hypocritical views to my children. Absolutely every human is equal in this house. But the show was clean, with no curse words, no sexual innuendos and no fear that my kids would see something inappropriate.

Now we have to stop. I have to tell them that the Duggars are not to be looked upon as an example of how to make good decisions in your life. Because I don’t trust them anymore. I don’t believe them anymore. I am very, very angry.

It is a further proof that no one can be trusted. No image is correct. No human is worth looking up to.