Thank You Michelle Duggar… I Think…

Thank You Michelle Duggar… I Think…

I am always looking for new and exciting ways to discipline my kids.

There was the whole stand in the corner phase which meant I was being punished because I was standing in the corner holding them there.

The very popular “you get an M&M if I catch you being good” phase.  That ended when I ran out of M&M’s. 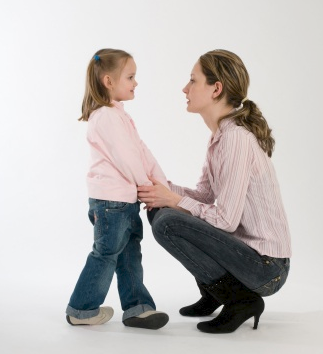 And the hanging the children upside down by their toenails option could possibly be frowned upon by – well – people, so we scratched that before I got my first shot.  Would have made a great picture though.

Since I have yet to master any method that the children can not figure out and alter to match what they want quickly, I scour and search for successful alternatives.

The other night I was flipping channels at 2:13 am and hit a rerun of “19 Kids and Counting”.  I know it was a rerun because they have, like 21 or something now.

Michelle Duggar was calmly in the kitchen making dinner. No children were screaming, none were begging her to be picked up, and none of them had dirt on their face, wrinkled, unmatched clothes, or were whining uncontrollably for M&M’s.  See why we ran out?

It was hard to tell, but she was actually disciplining two of her kids.  Hard to tell because they were sitting on a bar stool, looking intently at her, smiles on their face, LISTENING to her punish them.  Clearly these were paid actors?  That is not how it goes in my house when it is time to correct a behavior.  There is a lot of stomping, pouting, and crying.

The kids are never too happy about it either.

So, Michelle, being a stable and sane mother of 19 – I can not imagine – was telling these two little ones that they were not to talk to their siblings the way they had.  I don’t know what they said, I missed that, but I bet it was not “You get out of my room or I am going to eat your arm off!”

So, as their punishment, she had them repeat what they should have said to their sibling ten times.  Something like  “Child 18, may I please borrow that toy from you?” and the other had to repeat, “Yes, brother”.

Well – on her kids, it seemed to work.  So, in my desperation to be a better mother and have a quieter, less “I want to run screaming from this house to the nearest bar!” moments, I thought I would give it a shot.

Sure enough, first thing in the morning, the girls were in true form.  Fighting over a book, or a toy, or personal space, or whatever else they could find.  I went in, calmly – ala Duggar Mama Style – and told the girls that they had to repeat the correct things to say.

They did it, and laughed through it, and thought it was fun.

Which is a good thing because I had them repeating things to me so much yesterday that when my hubs got home from work I said,”Hi Honey, how was your day?” ten times.

I don’t know if it will work with my kids.  I have a lot of bad habits to break, a lot of knee jerk reactions to ignore, and a lot of patience to buy on Amazon and have delivered overnight.  But I am willing to give it a try.

So thank you Michelle Duggar.  I appreciate the idea.