Twenty five beautiful, gussied up bloggers walked the red carpet at the El Capitan Theatre and felt like stars. And then we took our seats and settled in for Thor: The Dark World at it’s premier in Hollywood. Two hours later, twenty five women came out raving about the action, humor and story line that was impressive start to finish. 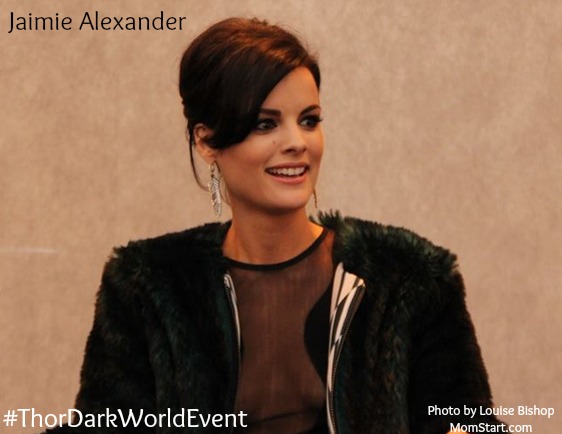 But before the excitement of the Red Carpet and the movie, we got to sit down with some of the cast of Thor. Jaimie Alexander, who plays SIF, is just as stunning in person as she is on screen. Her now controversial peek-a-boo dress covered in a green ‘wookie’ coat, as she called it, she smiled brightly, answered all of our questions and gushed on her love of the movie, her strong female heroine role and her relationship with the whole cast. Below is a snippet of the interview with Sif

Have you gotten a lot of feedback from younger girl fans that are following you?
JA: It is great! I actually speak out at schools about positive body image. I know, you guys look at me and, you’re like, “You’re tall. You’re kind of thin. Blah blah blah.”  But, I have less than an A cup, okay? So there are things about me that aren’t Hollywood standard. And I actually really like it. I have tattoos. I grew up with four brothers. I was a high school wrestler. I did all of these things that aren’t typical of a young woman. So, for me, I like to embrace that side of my personality and let my uniqueness show. I try to say to young women,”Don’t be afraid of yourself.” “Work what your momma gave you, and appreciate it, because everybody is different, and nobody is [a duplicate], so no one can actually be you, so you have that above everyone else.”  I try to incorporate that in Lady Sif. She’s covered. She’s not revealing anything. Yet, she’s feminine. But she’s also tough, so you really see her personality before you see her physicality, and that’s most important.

Is there anyone that you looked up to, growing up?

JA: I definitely looked up to Wonder Woman and actually, Sigourney Weaver. She was always my favorite. She seemed to embody a sense of humor, while being stoic and being powerful, and also being feminine. To me, she is the ideal woman. I always looked up to her and the characters she played.  Actually, Walt Simonson, who had a great deal to do with my character back in the Seventies saw Sigourney Weaver walking down a street in a red trench coat in the 1970s and said “That’s gonna be Sif.” So, my character is modeled after Sigourney Weaver, so, to me, that’s come full circle.

What would you like to see your character do next?

What was your favorite part of the film?

JA : There is a an opening battle sequence that I had a blast doing. I got to do a backflip off a horse. Which, if anybody knows me well would say, “Let’s not put her anywhere near a horse.”  But I did it and it was a lot of fun. That sequence was so great. There’s a lot of humor in it and that sort of thing. And there is also as a corridor scene with Thor and Loki. And it’s pretty funny. The jumps, the fighting, the weapons, I do most of my own stunts and I love that. There are some things that Sif does that are just completely impossible for any human being to do, and that’s when the CGI comes in, but it’s rare. 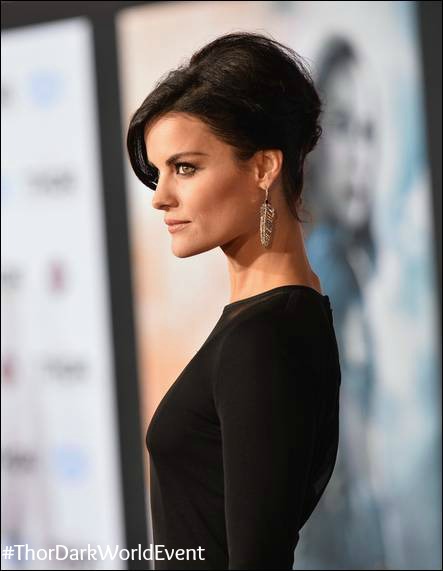 This woman, poised, tiny, beautiful and elegant, spoke with vigor, confidence and an amazing sense of self worth. Her empowering message is emitted on screen in her powerful portrayal of Sif. I was completely impressed and would love to sit down and talk to her for hours!

SheKnows.com – Interviews with the cast of Thor

Get to Know Loki from Thor