We absolutely love Disney’s FROZEN and had no clue that it could get any better; but it just became more amazing! A sing-along version of FROZEN, sign us up! We are so excited to see this new version and we are practicing already!

“‘Frozen’ fans have embraced the film’s original songs and its soundtrack with such passion—there are countless YouTube videos from people singing songs like ‘Let It Go’—we decided to create a version that would celebrate that enthusiasm,” said Dave Hollis, executive vice president, theatrical distribution, The Walt Disney Studios. “It’s a great opportunity for families to get together and have some fun with these songs.” 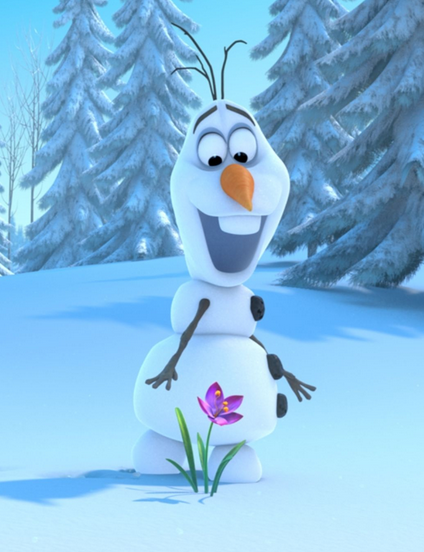 According to Hollis, on-screen lyrics and a magical bouncing snowflake will accompany select showings; moviegoers can check local listings for showtimes and theaters. The duration of the sing-along run will vary by theater.

In wide release since November 27, the film posted the No. 1 all-time Thanksgiving debut and the largest opening ever for a Walt Disney Animation Studios film. “Frozen,” WDAS’ 53rd feature film, has earned more than $773 million worldwide, including $337` million domestically. The film’s soundtrack was No. 1 in the Billboard top 200 for two straight weeks.

Walt Disney Animation Studios, the studio behind “Tangled” and “Wreck-It Ralph,” presents “Frozen,” a stunning big-screen comedy adventure. Fearless optimist Anna (voice of Kristen Bell) sets off on an epic journey—teaming up with rugged mountain man Kristoff (voice of Jonathan Groff) and his loyal reindeer Sven—to find her sister Elsa (voice of Idina Menzel), whose icy powers have trapped the kingdom of Arendelle in eternal winter. Encountering Everest-like conditions, mystical trolls and a hilarious snowman named Olaf (voice of Josh Gad), Anna and Kristoff battle the elements in a race to save the kingdom. The film is directed by Chris Buck (“Tarzan,” “Surf’s Up”) and Jennifer Lee (screenwriter, “Wreck-It Ralph”), who also wrote the screenplay. It is produced by Peter Del Vecho (“Winnie the Pooh,” “The Princess and the Frog”). Featuring original songs from Kristen Anderson-Lopez (“In Transit,” “Winnie the Pooh”) and Tony® winner Robert Lopez (“The Book of Mormon,” “Avenue Q”), and an original score by Christophe Beck (“The Muppets,” Oscar®-winning short “Paperman”), “Frozen” opened in theaters nationwide on Nov. 27, 2013. Accompanying “Frozen” is Walt Disney Animation Studios’ “Get A Horse!” With Walt Disney himself as the voice of Mickey Mouse, the all-new short features Mickey, his favorite gal pal Minnie Mouse and their friends Horace Horsecollar and Clarabelle Cow as they delight in a musical haywagon ride.