I Want to Microchip my Kids

I Want to Microchip my Kids

I don’t want to lose my kids.

Not even for a day. Not for a moment, a minute, a second. Not at all.

But as I hear of case after case of children going missing, being taken by strangers, people the family knows, non-custodial parents, getting lost in game machines…  yes, that happened – I get more and more concerned about how to protect them. I don’t want any of my kids to go missing. So if microchipping them will keep them safe and let me know where they are, I am all for it! I do… I want to microchip my kids! 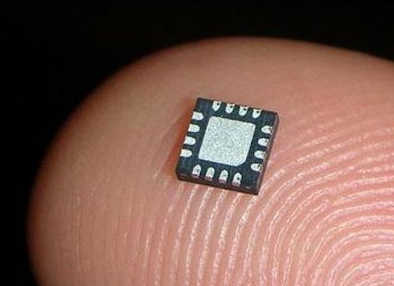 Let’s think about this. We micro-chip our dogs, cats, cattle, cars, phones and so much more. We can find a cell phone in a ditch on the side of the road but a 14 year old girl who is taken by a 51 year old man to the border of Mexico – yes, that happened this week – has to rely on law enforcement, a phone call, a sighting, luck and a prayer to bring back their daughter. She did get found… but how many don’t?

I don’t see the hesitation in putting some sort of chip in my children that can not be removed, can not be seen and can not hurt them – well, if you ask the radiation people… – and allowing parents around the world to breath easier knowing that, should the horrid happen, they have a chance to save their baby with a GPS tracking device.

Other than teaching our children not to talk to strangers, praying they are not in the wrong place at the wrong times, hoping they will come home every day.. .what else can we do?

I don’t know about you, but even after educational classes, I don’t know if I could spot a child molester that is going to one day take my daughter and never bring her back! I don’t know if I would realize she is gone in time if someone decided to take her.

But with a chip implanted in her, I could track her from my phone at any time. I could set it to send me an alarm if her pattern of behavior changes, if she takes a path that is not normal to her, if she screams bloody murder and I can’t hear her. But I can see her – even as a dot on my cell phone. What if we could program the chip to alert police if she says a certain word of danger if taken?  What if we could use technology to save our children rather than update our cell phones one more time?

There are alarms on backpacks, GPS bracelets that are coming on the market, phone tracking apps that allow you to see where your child’s phone is. All are awesome but can be removed easily. A chip would stay. And if there were an attempt to remove it, we could program it to send an alarm!

I am sure some of you are reading this and thinking I am insane. Overprotective. Suffering from a head injury. But if we can go to great lengths to protect our possessions with alarms and car finder apps and key finders and such, why can’t we adhere the same value to our children?

Aren’t they the most precious resource we have? The one thing we need to protect most at all costs?

We could save so many kids. Catch so many predators who prey on them online and everywhere else. Save the heartache of a parent burying their child that was missing for days before anyone could track them down.

Wouldn’t it be worth it?

What do you think? Would you micro-chip your child?