The Pirate Fairy Special Screening with the Voice of Tinker Bell!!

The Pirate Fairy Special Screening with the Voice of Tinker Bell!!

Disney’s The Pirate Fairy is getting ready to set sail and this story is just too exciting.  Guests of Aulani received a special surprise with their special screening of The Pirate Fairy!  The voice of Tinker Bell, Mae Whitman was a co-host along with producer, Jenni Magee Cook.  My girls would go wild to meet “Tinker Bell!” 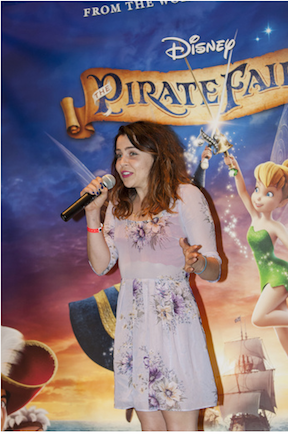 Aulani, A Disney Resort & Spa, held a pre-release screening of “The Pirate Fairy,” the newest swashbuckling fairy adventure for its guests on Saturday March 15th, hosted by Mae Whitman (voice of Tinker Bell) and producer Jenni Magee Cook. Images from the event can be downloaded at the link below. Please feel free to share these images with your readers. 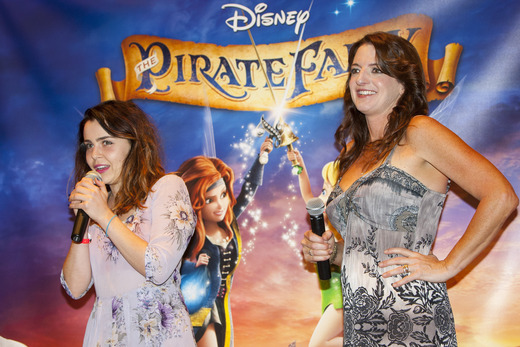 About The Pirate Fairy

From the world of “Peter Pan” comes “The Pirate Fairy,” a swashbucklingnew adventure about Zarina (voice of Christina Hendricks), a smart and ambitious dust-keeper fairy who’s captivated by Blue Pixie Dust and its endless possibilities. When Zarina’s wild ideas get her into trouble, she flees Pixie Hollow and joins forces with the scheming pirates of Skull Rock, who make her captain of their ship. Tinker Bell (voice of Mae Whitman) and her friends must embark on an epic adventure to find Zarina, and together they go sword-to-sword with the band of pirates led by a cabin boy named James (voice of Tom Hiddleston), who’ll soon be known as Captain Hook himself. With laughter, heart, magic and thrills, “The Pirate Fairy” sets sail April 1, 2014.
STAY CONNECTED TO DISNEY’S THE PIRATE FAIRY
TWITTER
FACEBOOK
WEBSITE
TINKER BELL ON FACEBOOK
PINTEREST