**This conversation about Sci-fi Junior High is brought to you in  partnership with JIMMY Patterson. All opinions are my own.** #SciFiJuniorHigh #ad 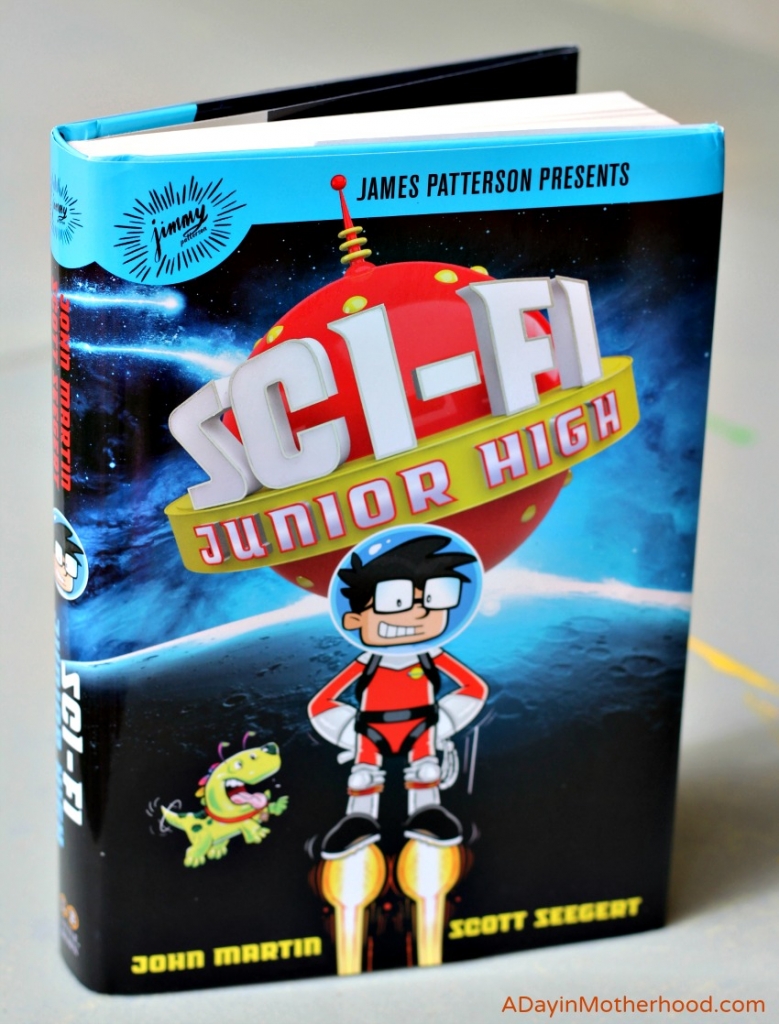 It is no secret that my 5th grade daughter, Katie, is a book worn. As a mom and writer, I would really have it no other way. I have told her for years that she will meet her best friends in books, solve problems in her own life through lessons in books and that books will allow her to travel where no other has gone before. She, and my other daughter’s have taken that to heart. Anytime I am offered a book that will take her in another direction with her interested, I immediately get excited! When it is from one of her favorite writers, I am even more anxious to get it into her hands! Sci-Fi Junior High is our latest book to get her attention. Presented by James Patterson, partnering writers John Martin and Scott Seegert collaborate to bring Kevin Klosmo, a new kid in the galaxy, to readers everywhere!

Presented by James Patterson’s new children’s imprint, this gleefully illustrated space adventure is a laugh on every page. That’s a lot of laughs! 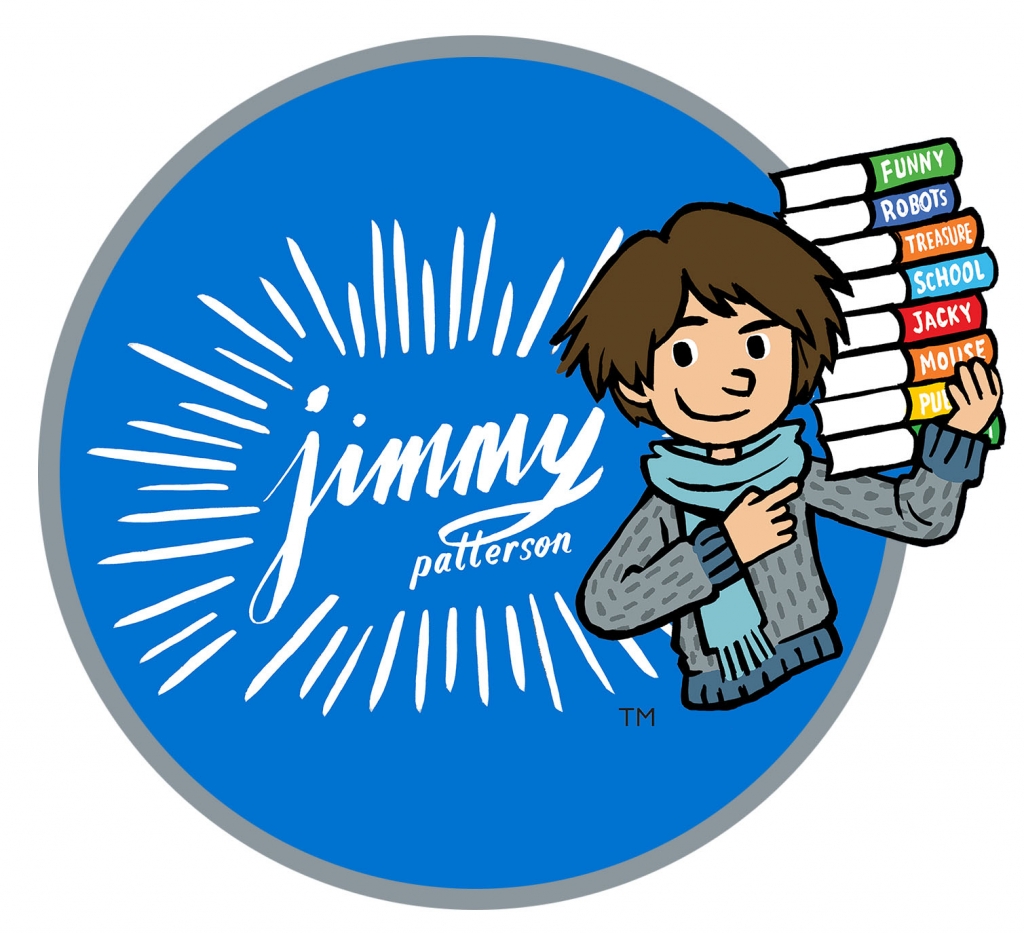 Kelvin Klosmo isn’t just the new kid at school – he’s the new kid in the galaxy! Welcome to Sci-Fi Junior High: an inter-galactic space station with students of all shapes, sizes, smells, and… slime content. As the son of Earth’s two most famous geniuses, Kelvin isn’t just the smartest kid in the world….he’s the smartest kid in the UNIVERSE. At least, that’s what everybody at Sci-Fi Junior High thinks.

So, maybe Kelvin lied a little about being a genius to fit in. And maybe a mad scientist is about to take over the universe unless Kelvin can stop him. Maybe everyone is doomed. 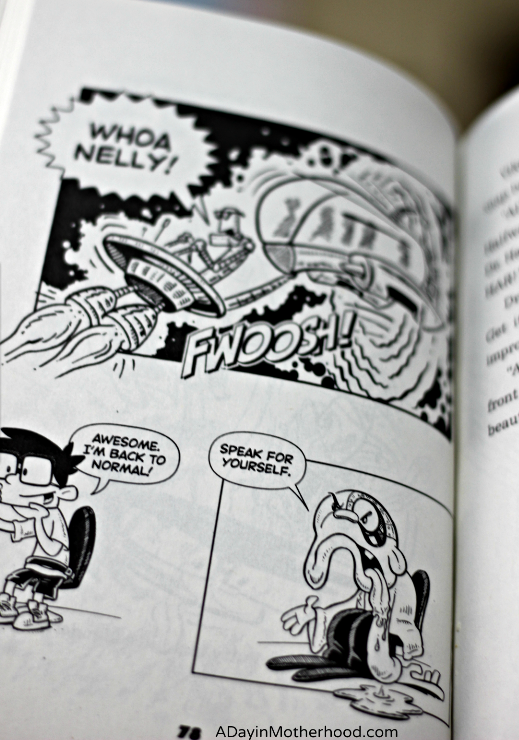 Well, at least Kelvin won’t have to worry about math homework anymore.

Sci-Fi Junior High is an out-of-this-world story about friendship, accepting our differences, and the fight against evil… bunnies. Yes, evil bunnies – don’t ask. 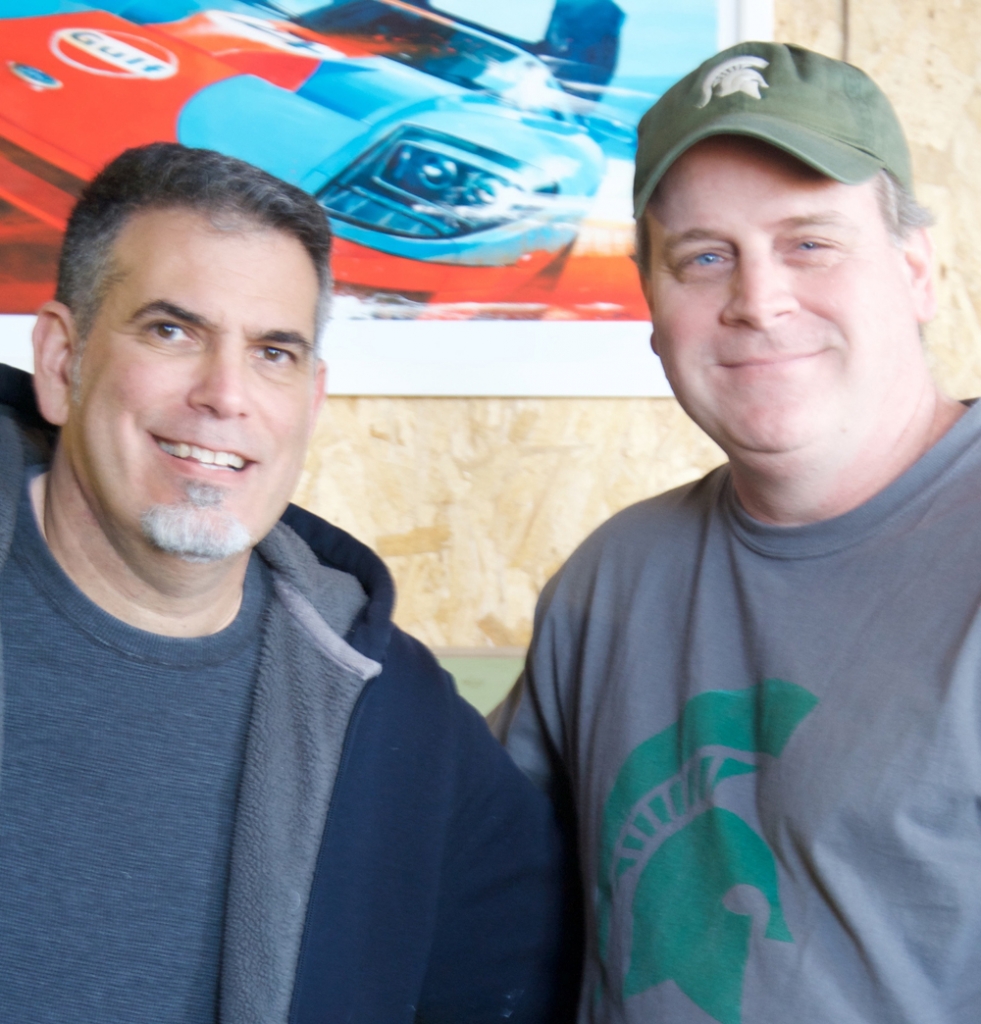 Scott Seegert is the author of the Vordak the Incomprehensible series. He lives in Farmington, MI with his wife, Margie, and their three children.

John Martin is an illustrator, graphic artist, and website designer. He is the illustrator for the Vordak the Incomprehensible series. He lives in Farmington Hills, MI, with his wife, Mary, and their three children.

I was really interested to read snippets from an interview done with these authors! Check out some of the answers to questions that are the reason this book pops for kids!

What do you hope children will take away from this story?

Scott: Two things: first, don’t worry about trying to impress everybody. It’s okay to just be yourself. People (or, in this case, six-eyed aliens and giant talking slugs) will still like you—at least the ones worth having as friends. Secondly, we hope kids just have a blast reading it. We try our best to have something exciting or ridiculous or weird to read or look at on pretty much every page. We want even the most reluctant reader to keep turning the page to see what absurdness comes next.

John: We also feel that James Patterson is a perfect partner for us.  He is “dedicated to making kids readers for life.” Hopefully this crazy-zany story will be a big part in making that happen!

Kelvin has all sorts of alien peers at his school. Was it important to you to write about diverse characters, even among aliens?

Scott: When every student comes from a different planet, the diversity element is pretty much baked in. At least the way we wanted to do it, by creating as many unique characters as possible. That type of “diversity” doesn’t necessarily help readers find characters they physically identify with (unless they have six eyes, live underwater, or have constantly growing and shrinking brains), but the concept of getting along with classmates/people who appear different than you are is pretty universal.

John: We simply changed the setting, look, and skin color of the students, but with the same middle school Earth drama and issues that we recognize. Star Wars cantina scene meets middle school, with a dash of bullies, crushes, math equations, and alien food fights. After all, aren’t all gym teachers robots, anyways? 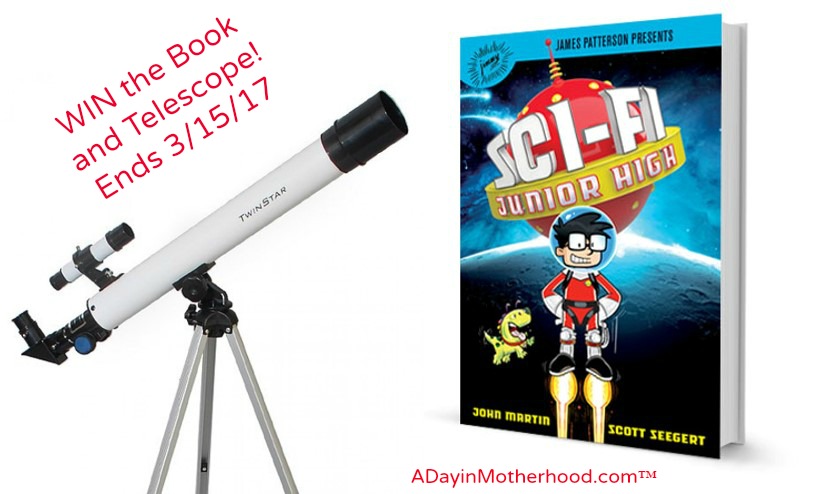 Want to WIN the Smartest Kid in the Universe Giveaway? Just enter below and Good Luck!!

Giveaway open to US addresses only, 18+, only. Giveaway ends 3/16/17. Prizing and samples provided by JIMMY Patterson.