**This giveaway of a Rock the Vote with The Peanuts is brought to you as a Peanuts Ambassador. All opinions are my own.** 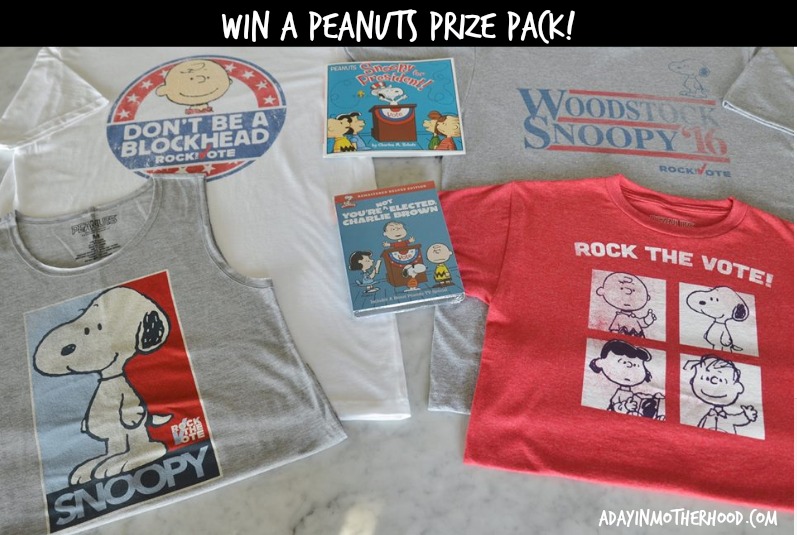 There is an election going on that will not add to the gray hairs on your head! You know if The Peanuts are involved, it HAS to be fun!! Who would you vote for from The Peanuts? Charlie Brown, Snoopy or do you think another member of the squad is qualified to lead the way! To help Rock the Vote this year, one of my readers will WIN a Peanuts Rock the Vote Prize Pack! 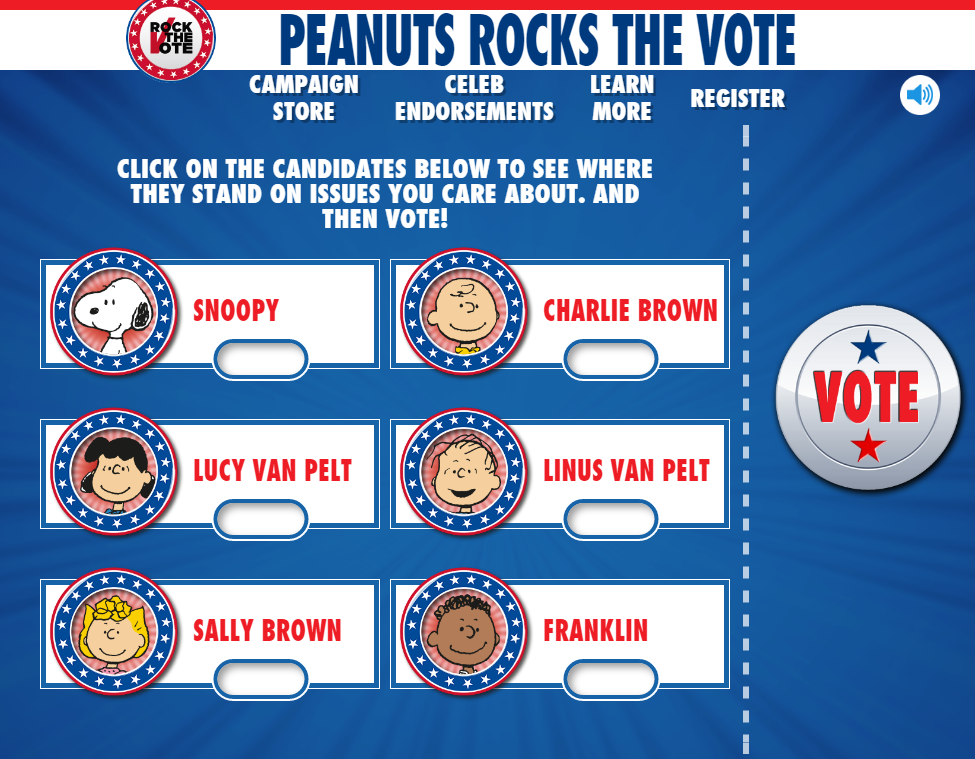 Vote for Snoopy who will put a pizza on every table. Or vote for Sally who thinks that a jump rope should be in every back yard! Make your choice and then search the Peanuts Rock the Vote for fun things like printables for kids, Peanuts Rock the Vote merchandise and more! You can even REGISTER TO VOTE on the site! Since the real election going on needs us more than ever, registering is just smart! 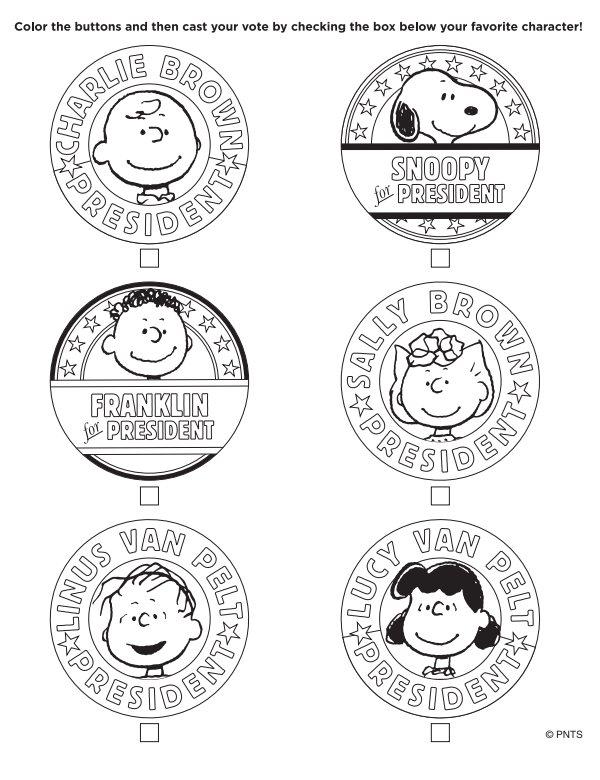 Actress-singer Nikki DeLoach who is so great as the mom in the very complicated mother-daughter relationship on MTV’s irreverent comedy Awkward!, is helping to get the message out! Check out her video below:

Now that you are all running over to vote for your favorite Peanuts character, printing out coloring printables for the kids and making sure you are registered to vote, it is time to celebrate with a fun giveaway!

One of my readers will WIN a Peanuts Rock the Vote Prize pack of their own! The prize pack includes:

The Snoopy for President Book

The really important election is here and it is time to Rock the Vote with your click! Vote for your favorite Peanuts character, get free printables for the kids and so much more! Plus, enter to WIN a Peanuts Rock the Vote Prize pack!! This is a vote you want to cast! Which Peanuts character would YOU vote for? Enter at ADayinMotherhood.com . . . #RocktheVote #PeanutsAmbassador #momliferocks #momof3 #momofgirls #momsofinstagram #texasmoms #momlifeisthebestlife #motherhood