**I will receive a prize pack for this promotion similar to the one the winner gets. All opinions are my own.**

I am a PROUD Houston Texans fan and I know that all of the bumps and bruises along the way are worth it for the fun and excitement on Sundays! NRG Energy, Inc. is also a proud Houston Texans fan and they show it by giving back to the community. They want to bring YOU and the Houston Texans together, while saving you money on your energy costs, with the Reliant Texans Secure Advantage Plan. Oh, and say hello to Super Texan, Brian Cushing!! 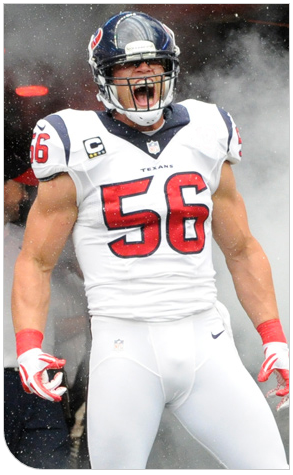 The plan offers competitive pricing but is tailored for the ultimate Texans fan by providing fans with opportunities to engage with the athletes. NRG’s partnership with the Texans does not stop there, though, because we have teamed up with them to implement a sustainability master plan at NRG Park™, helping the team to meet its energy generation and conservation goals.

Now, I know this is a lot of information for the lay person out there. But let’s break it down so you can see how NRG Energy, Inc. is not only helping the Houston Texans save on their electric usage, but how they are giving back to those who need it too!

The Reliant Texans Secure Advantage plan is the only electricity plan that comes with competitive pricing and special benefits designed just for Texans fans.

Customers with the plan score unique Houston Texans benefits, including:

Invitation to a Texans autograph session

A $25 donation on your behalf to the Houston Texans Foundation – they do awesome work in our community!

24/7 customer service and support, online or by phone

See, pretty cool right? If we have to pay for electricity, we might as well get some awesome loot and incentives that filter back into our communities and our youth, right?

So let’s talk a little about NRG Stadium and how they are striving to save electricity in NFL stadiums.

NRG Stadium is one of the first professional football stadiums with LED lights shining on the field, using 60% less energy than its previous lighting system!  The new field lighting array is comprised of more than 65,000 lights. The dimming and instant on/off features further contribute to efficiency emitting diodes (LEDs), which are mounted in 480 optically enhanced luminaries capabilities, particularly for concerts and RODEOHOUSTON® events where full light levels are not necessary.

NRG will install more than 700 solar panels at NRG Stadium, generating 221 kW of energy. They also have a dedicated electric vehicle parking lot, capable of charging six EVs at a time. Plus, there are two NRG Freedom Stations ™ at NRG Stadium that give fans the ability unplug from the outlet and charge their mobile device with a rented NRG Power Pack while enjoying the game. 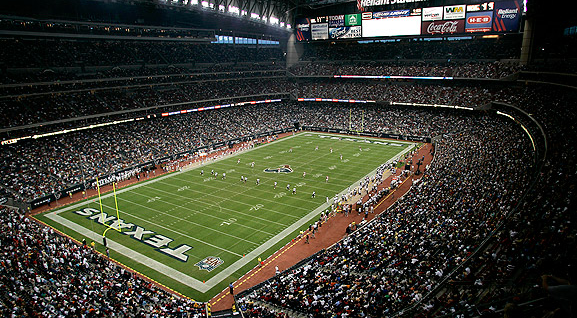 No matter where you go in NRG Stadium, you can charge and know you are saving at the same time!

Now, onto the goodies. Because I know that you have already checked out the Reliant Texans Secure Advantage Plan, we are reading for a heck of a giveaway!

ONE (1) of my lucky Houston Texans fan will WIN the following prize pack: 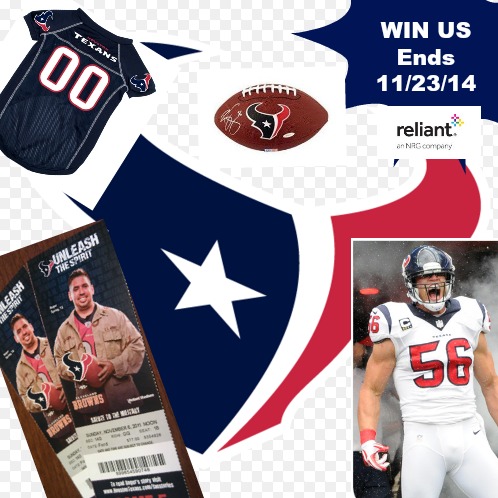 I mean… COME ON!!! Let’s go TEXANS!  Just enter below and GOOD LUCK!