Raising a Daughter: What if Your Daughter Were Miley Cyrus?

Raising a Daughter: What if Your Daughter Were Miley Cyrus?

Miley Cyrus has certainly stirred up some serious controversy lately. She gyrated at the VMA’s and took a lot more slack than her counter part, Robin Thicke, and has a new video ‘Wrecking Ball‘ out that is shocking the moral code of America – again. As a mom raising a daughter -actually, three – I should be offended, outraged and speaking loudly about how inappropriate this young woman is and that I don’t want this in my media. People would expect that from a conservative, old fashioned kind of mother. Right? 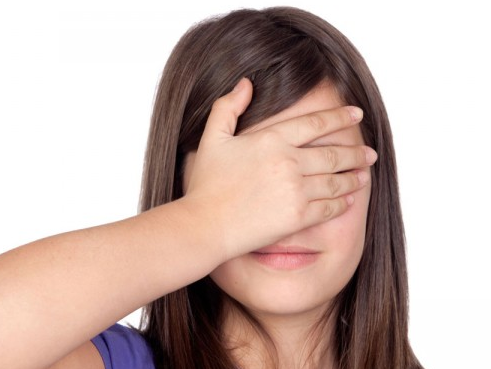 I actually love the song and have loved all of Miley’s music since Party in the USA. My daughter’s have that CD and I do let them listen to it. There is nothing on it that offends me at all. Now, her new one – well, I might get it but my kids won’t listen to it. Although, she is one of the few artists that do not have curse words through all of her songs. It is just the message I am not too keen on introducing.

Now, I know I am confusing some moms reading this – and maybe even upsetting others – and I own that. But the truth is, media and music are a part of our culture and I can not shield them from everything. They don’t watch ‘regular TV’ anymore (unless the Texans are on!) and I am very careful about what they listen to. But they are not with my all the time.

They have friends at school, friends in the neighborhood and they go to their dads. He lets them watch things I never would. In fact, yesterday they came home talking about ‘pissed punch’. I asked where they heard that and they said their dad let them watch some animated show where they were saying it.

I have to learn to deal with that stuff and try to counter it with more positive messages but I, as any mom, am up against a lot of competition.

The way I see it, though, is that there is always going to be someone who shakes things up and enrages the moms of America with their actions. When I was growing up it was Madonna and Cyndi Lauper. And then it was Britney Spears and Fiona Apple. Now it is Miley Cyrus and Lady Gaga and I am sure another one that I have not hear about yet.

Yes. I think today’s musical stars, movie stars and personalities are way over sexualized. If Miley Cyrus were my daughter, I might have her locked up in a house until this transitional phase in her life were over. But, to me, anyway, I am more concerned about school shootings and violence than I am about a young woman discovering her sexuality. If my daughter wants to dress up in an off the shoulder shirt and dance around the house being silly then it is OK. I’d rather have her here than six feet under, the victim of someone who spent their days learning that killing is the only way to deal with their skewed visions of hate.

Raising a daughter is hard. No matter how you slice it. And I do have heart stopping fears that accompany my raising them all the time. I do wish that I could turn on the TV and only respectable, clothed women who showed their intelligent sides more than their physical attributes would appear. That is just not the case and it is bound to get worse before it gets better.

In this day and age, I think about my girls turning into someone like Miley Cyrus. If I were watching one of mine up on stage, would I be proud, shocked or embarrassed? And would I feel the same if they were an NFL cheerleader all dressed up in the same amount of clothing, hair and make-up perfect, gyrating to Miley’s music, seductively cheering on their team made up of all males?

I would. I’d be darned proud. Because despite the shock value, the inappropriate content for the younger audience, and the controversy in keeping America safe for our kids, I’d know where she was, what she was doing and who she was with. And though I might not approve of how she chooses to live her dreams in life, I will be proud that I raised a daughter who was not afraid to pursue them.

How would you feel if your daughter were Miley Cyrus? How do you think we can keep our daughter’s safe and understanding the difference between stage and reality?