Is This the Best Parenting Advice Ever?

Is This the Best Parenting Advice Ever?

Years ago, with a brand new 3 year old, an 18 month old and a 3 week old, I got some advice that has run through my mind almost daily. I thought it was great parenting advice at the time. I did. But the more I think about it, the more I wonder if it is great advice or advice meant to shame me into being a totally, 100%, never feels she can take a break, mother.

“You just have to figure it out on your own.” 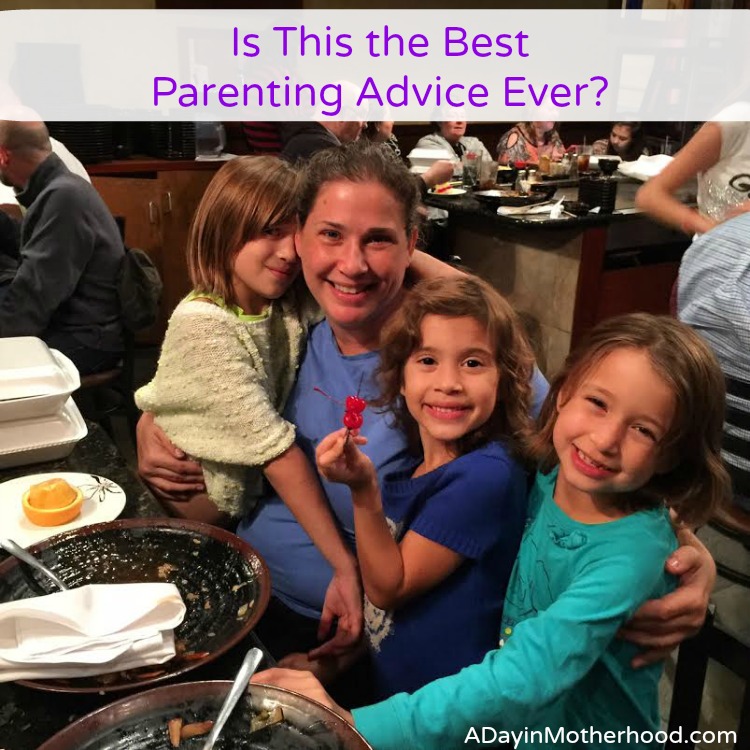 At the time we were battling a family emergency. My second daughter, Sarah, had developed a stomach virus and had been rushed to the Children’s hospital due to severe dehydration. There I was, a brand new 3 week old in the carrier, an 18 month old screaming and tired and a 3 year old clinging to me in confused fear. My ex-husband was there too but the girls wanted me. All I wanted to do was to hold Sarah and love her to better health.

When the hospital decided they had to keep Sarah overnight for experimental treatment due to her veins being so dry they collapsed with every pediatric needle they had, my ex took Katie home. It was around midnight. I kept Megan, who was exclusively breast fed and tended to my Sarah who had finally fallen asleep while we waited on the treatment.

Sarah was taken to a special room, me and Megan in  tow, thank goodness the baby had just nursed and was fast asleep, and they tried to re-hydrate her through the skin in her back. It worked and I could feel my baby warming up in my arms as her body finally got the liquid it needed. At about 3am, the hospital, convinced she was on the up side, gave me meds for her stomach virus and discharged us. I called the ex and he drove, with a three year old in the middle of the night, to get us.

The next day my ex claimed he had to go to work and I was tired and feeling very overwhelmed. Worried about how I would handle a 3 week old, a sick 18 month old and an energetic three year old, I called some friends for ‘advice’, secretly hoping they would come help me for a little while.

After explaining everything, including my fears and total exhaustion, I waited for them to say, ‘We are on our way.’ Instead, they said, “You just have to figure it out on your own.”  I actually felt shame for calling them at all.

I did, obviously, and we all came through the incident with flying colors, me a little more aware of my daughter’s hydration during viruses. But I think I have taken that advice too far. In fact, sharing the story with friends the other day, I was told that the advice was actually selfish and nearsighted.

Since that experience, any time I have become overwhelmed, stressed out, fearful that it was all falling apart around me, I have called no one for help. People have even offered and, if they beg long enough, I give in. But, in general, I just figure it out on my own. Through tears, through sleepless nights and through the stress of three kids and a divorce, the financial strain that followed and any other weight that has born down on me, I have rarely reached out for help.

I actually have this so stuck in my head that these are my kids and no one else brought them into this world so no one else needs to be bothered with them that I had twisted it to think I am a bad mother if I ask. The only way I feel OK getting any help with the kids is to pay someone.

But the reaction to my friends who heard this was shocking to me. Even though they have more kids, or seem to have more on their plate to deal with, they thought it was a selfish viewpoint. They have family on both sides that help out and are very active in their kid’s lives, friends who interchangeably step in to help and are huge believers in the ‘it takes a village‘ to raise a kid theory.

I have made myself an island.

What do you think? Do you think moms have to just suck it up and figure it out on their own or do you think the village should be utilized to help when we need it with no guilt? And how do you accept that help without feeling like a failure and like you now owe them for their kindness?