They say it takes a village to raise a child. Grandparents, friends and even strangers who reach out a helping hand can be a Godsend to a mom or dad. Anything from useful advice to an ear to bend can make parenthood a lot easier. But what happens when there are people in that village that are true idiots? Villagers who do dumb things and say dumb things that make us all wish we had cast them out of the village long before.

Lately I have noticed a lot more idiots surfacing. I don’t know if it is social media or just that people are truly stupid when it comes to kids, but I am sick of seeing it. 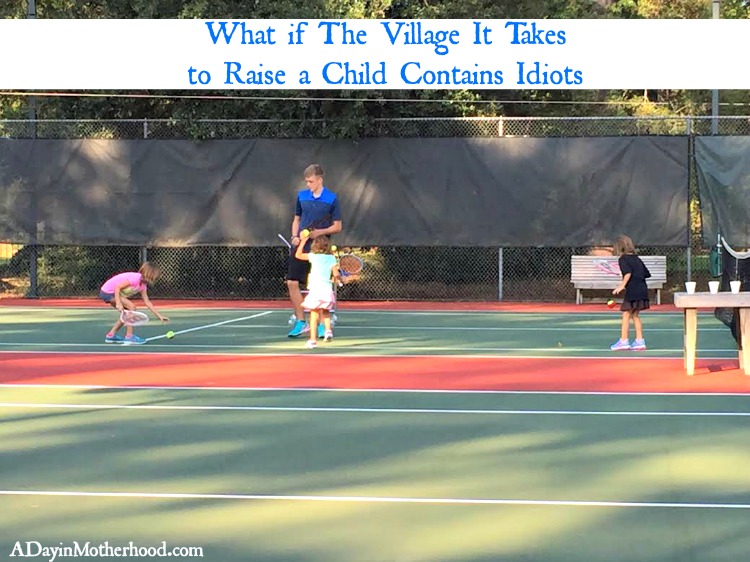 Let’s start with my own story first.

A few weeks ago I took my kids to tennis lessons while I did my Saturday morning drills. I could see them over on the court laughing, screaming with glee and happy as clams with their coach. On my court was a woman I had never met before and 5 minutes in, I knew I would not spend time with her if I were paid to. A very negative women, she complained about everything from the drills, the coaches and the seeming favor-ability of one player over another. Mind you, for a year I have been playing with this group and not once have I had a complaint.

After the drills were done, my kids and I were standing around talking to the other players. This woman walks up and starts asking me about my kids. She tells them that she had seen the show, ‘Matilda’ at the theater the night before. My girls have no idea who that is yet. They just stood there listening as she went on and on about the show. At one point she said, ‘Do you know what Mrs. Trunchbull would call you girls?’ Noooo… ‘Y’all are dirty little rats!’ And then she laughed. 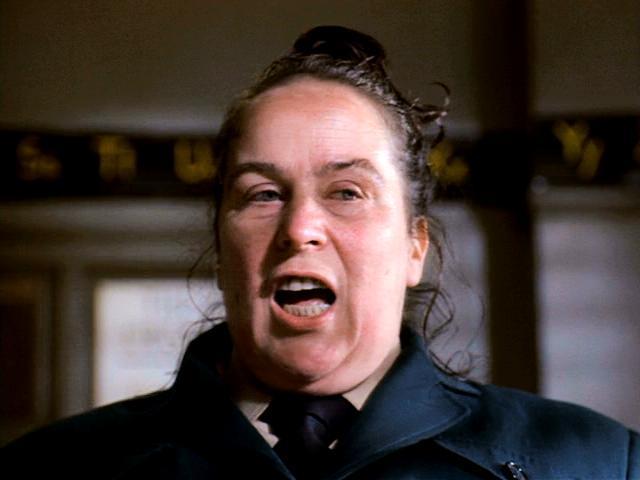 My jaw open, my kids looked like they were going to cry. Sure, she was not calling them that name, but at NO time do my children need to hear that anyone would call them names. In fact, I spend a great deal of energy teaching my kids not to call anyone names. The lady, seeing the reaction of us all, tried to back peddle but the damage was done. All three girls clung to me as I guided them away.

Maybe I am too sensitive but I found it totally inappropriate. I wanted to kick the woman in the shin and tell her that children need to hear positive messages. Like how Matilda overcame her bullies.

But maybe that is just me.

On the heels of that little incident, I saw on Facebook a little girls who had been hit in the face, requiring stitches, by a little boy on her playground. At the emergency room, the male check in nurse told the child that the boy hit her because ‘he probably liked her’. Idiot. Total village idiot! 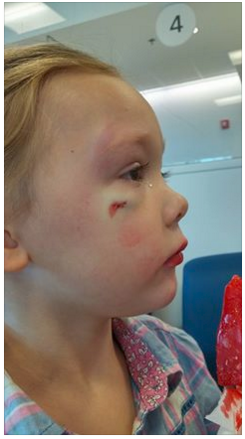 Really? So when a man beats his wife it is because he LIKES her?!? As a mom with three daughters, I could not have been more offended. No one, ever, has a right to lay their hands on you. Ever. And here is a medical ‘professional’ telling this little girl, who is hurting and bleeding and scared that she should be glad a boy likes her.

Now I see another story of more idiots in this ‘village’ of ours! A girl in class was being disruptive and unruly after being asked to put away her phone. She was asking to leave the classroom. Many times. Yes, she should have complied. She should have done what she was told. But she didn’t. Because of this she was dragged out of her desk by a school security guard and thrown across the room. Granted, she was approached many times and asked to leave. But there were better ways to handle this than to pull her with such force that the desk went over on her. 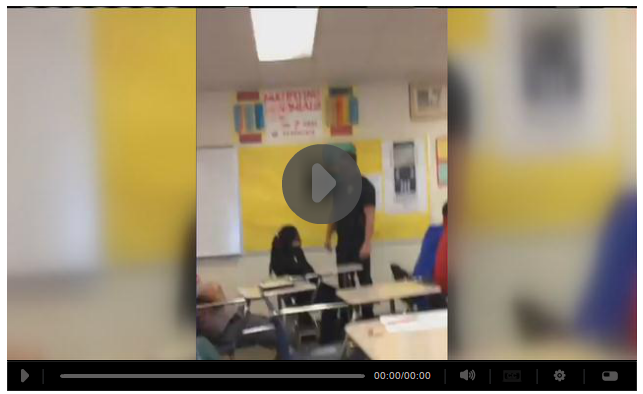 But no adult has the right to pick up a child and physically assault them. I really don’t care what they did.

I am sure the last case will get lots of opinions but if it were my child, I would want to be notified of the issue so I could drag my kid out of the desk. Another adult does not have that right!

In a world where I am a single mom, I openly welcome ideas, advice and help. But when the village idiots show they ridiculous face, I want to be able to cast them out without feeling bad about it!

What do you think? Is our village getting to be a little too idiotic?