WIN Two Books for Tweens: Olga and the Smelly Thing from Nowhere and Stick Cat: A Tail of Two Kitties!

WIN Two Books for Tweens: Olga and the Smelly Thing from Nowhere and Stick Cat: A Tail of Two Kitties!

**This conversation about Olga and the Smelly Thing from Nowhere and Stick Cat: A Tail of Two Kitties! is brought to you by HarperCollins. All opinions are my own.** #AD 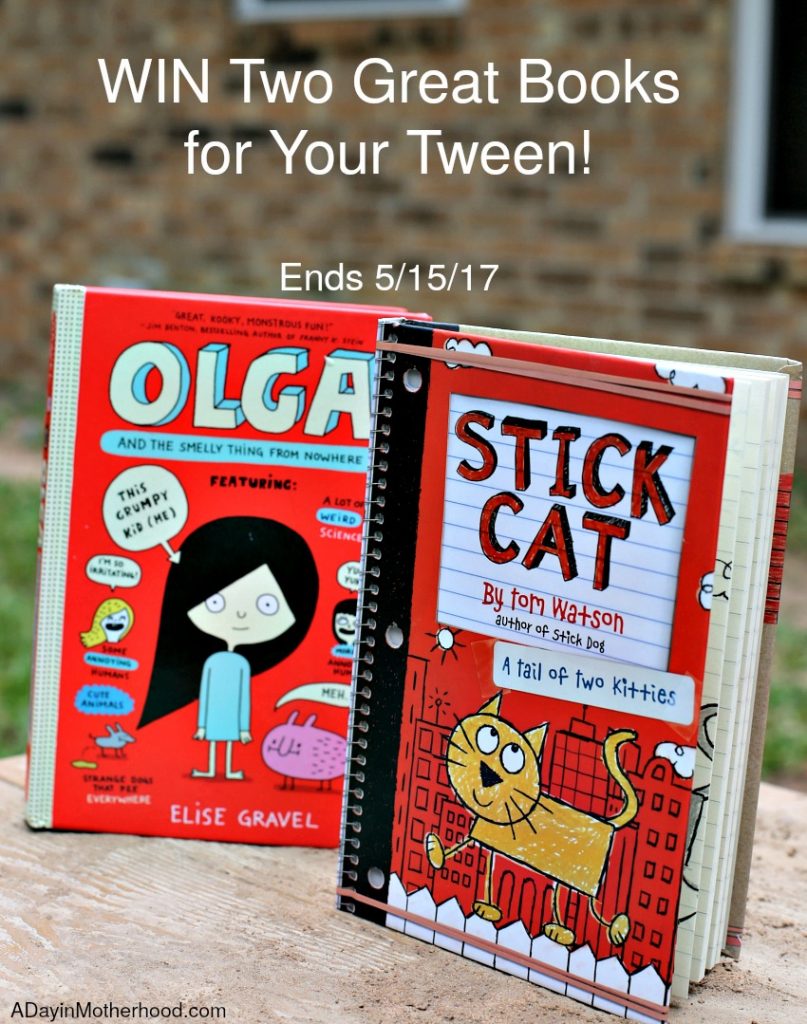 As you know, my girls are AVID readers. So much so that I have learned to lean on them for book recommendations and opinions. When the package came with Olga and the Smelly Thing from Nowhere and Stick Cat: A Tail of Two Kitties in it, my 10 year old screamed and reached for Stick Cat and Sarah, my 9 year old cornered Olga instantly. To write this post I had to go dig through all of our books and found one tucked under Katie’s blanket and Stick Cat on the top bunk with my 7 year old, Megan. They are making the rounds through the girls and are being well read! This is evidence that kids just love these books. It does not matter if your kids are avid like mine or if you are just looking to find books that entertain, these two books for tweens are a win win!

Olga and the Smelly Thing from Nowhere

Olga finds a creature in her garbage can one day, and all it says is “MEH!” 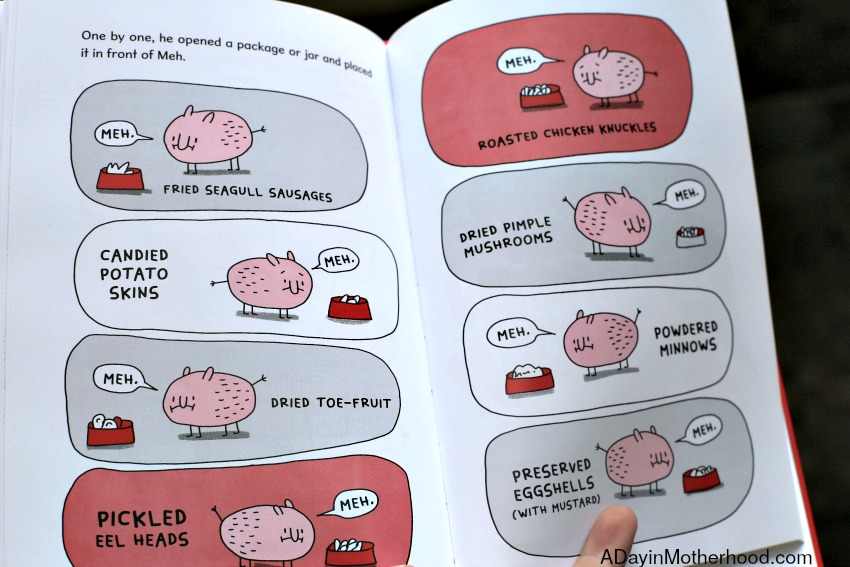 It won’t eat, it won’t sleep, it snores, it stinks, and Olga studies it like mad. She adores it and eventually names it after herself–an OLGAMUS. A trip to the library reveals little, while a trip to the local shop proves successful when Olga discovers Meh’s favorite food is olives! These episodes take place over a few days in Olga’s never-dull life, and she manages to reveal a great amount of information not only about herself, but about everything from the scientific method and Jane Goodall and some of her favorite odd creatures to the ins and outs of friendship and every human’s use for living in a community.

Here is a great bonus: Learn to draw animals with the author:

Perfect for fans of Dear Dumb Diary and My Big Fat Zombie Goldfish, and great preparation for El Deafo, Roller Girl, and Smile. 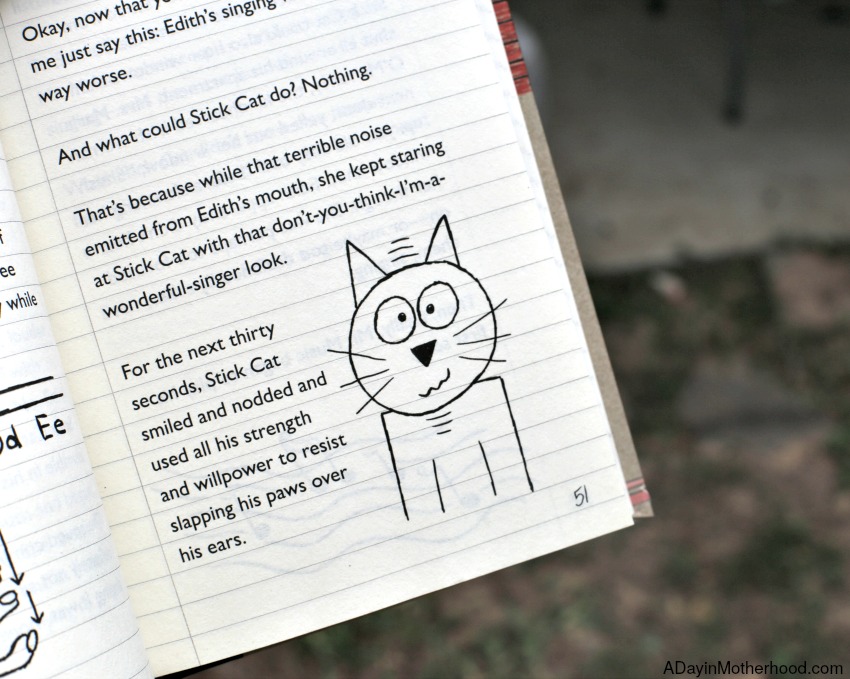 In the first adventure (available now), it’s a big day in the big city for Stick Cat and his best friend, Edith. There are treasures to hunt, songs to sing, pigeons to catch, and naps to take. But way up on the 23rd floor, danger lurks just around the corner. Terrible noises and violent crashes trap a desperate man in the building across the alley. Stick Cat will need to navigate his way across the alley—and around Edith’s peculiar ways—to attempt a rescue.

Want another bonus? Let your kids learn how to draw Stick Cat!

The next adventure, Stick Cat: Cats in the City, arrives on April 25th! 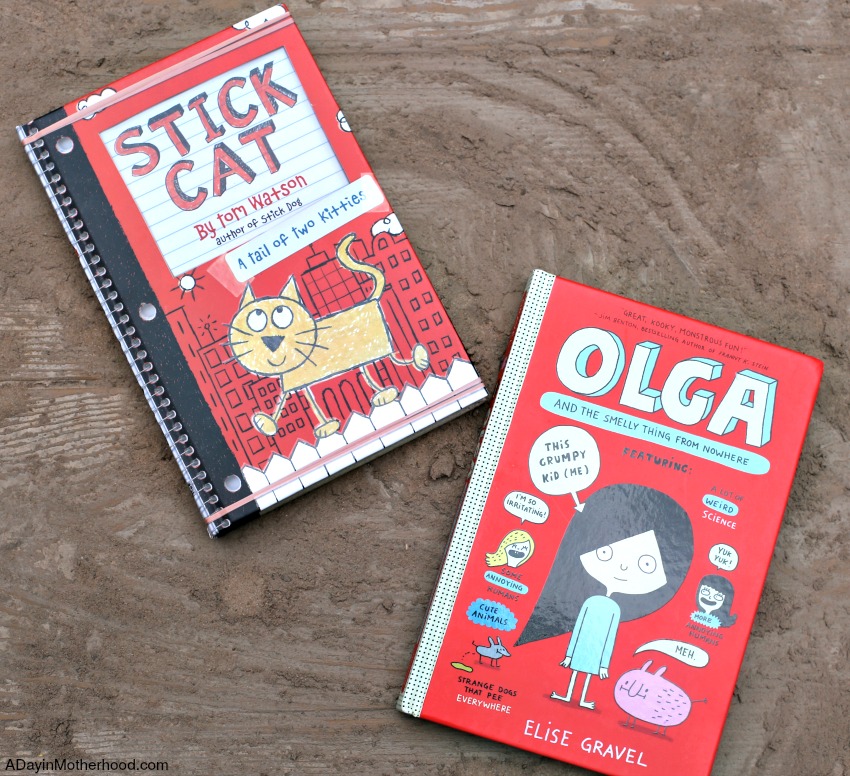 Get silly and scientific with an amazing combo of middle-grade reads! One winner receives:

Open to US addresses only. Prizing and samples provided by HarperCollins. Giveaway ends 5/15/2017.