We have been gearing up for the Muppets Most Wanted for months here at A Day in Motherhood! Just a few weeks left before we are happily enjoying some popcorn, sour gummy candies and tunes just the way we like them… Muppet style! I am so ready to see the Muppets Move like Jagger!! Check out the new video and mark your calendars, my friends… this one is sure to WOW everyone who has loved the Muppets for years (like me) and even the new crowd of movie goers!

ABOUT MUPPETS MOST WANTED

Disney’s “Muppets Most Wanted” takes the entire Muppets gang on a global tour, selling out grand theaters in some of Europe’s most exciting destinations, including Berlin, Madrid, Dublin and London. But mayhem follows the Muppets overseas, as they find themselves unwittingly entangled in an international crime caper headed by Constantine—the World’s Number One Criminal and a dead ringer for Kermit the Frog—and his dastardly sidekick Dominic, aka Number Two, portrayed by Ricky Gervais. The film stars Tina Fey as Nadya, a feisty prison guard, and Ty Burrell as Interpol agent Jean Pierre Napoleon. 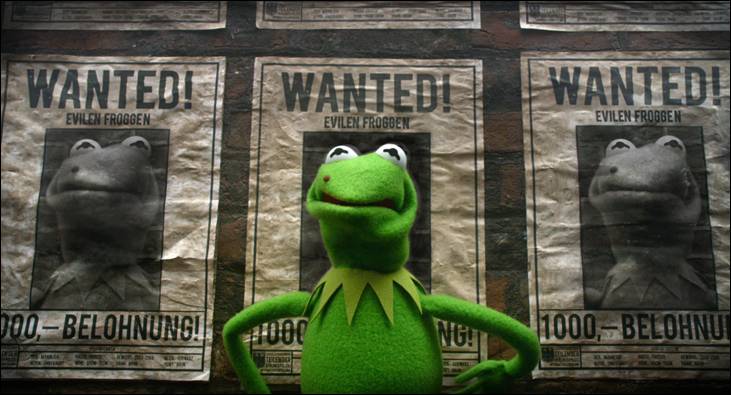 With such a fantastically exciting plot and great film stars we are eagerly awaiting to see the next big hit in the Muppet series! These classic movies have always been a part of our collection; and for good reason… the Muppets are just as charming as they come!  Who’s with me?  Nostalgia, hysterically funny, catchy tunes and side burning dance routines, count me in!

STAY CONNECTED TO MUPPETS MOST WANTED