It is COMING, it is COMING!!  FINALLY, Monsters, Inc is in 3D and opening in theaters December 19, 2012!  Just in time for the loooooooong Holiday break with kids who might just get bored, this family favorite promises to leap out and grab your funny bone!

Check out the featurette and be prepared to be scared…. happy!

Check out some awesome activities to help celebrate the release and get your kids Monstered Out! 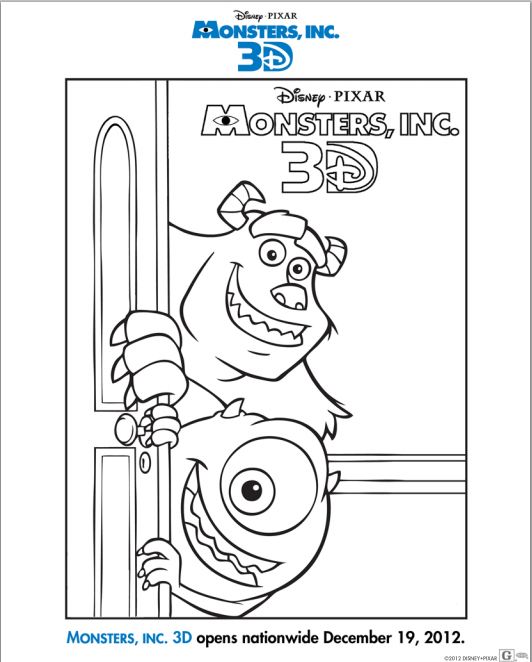 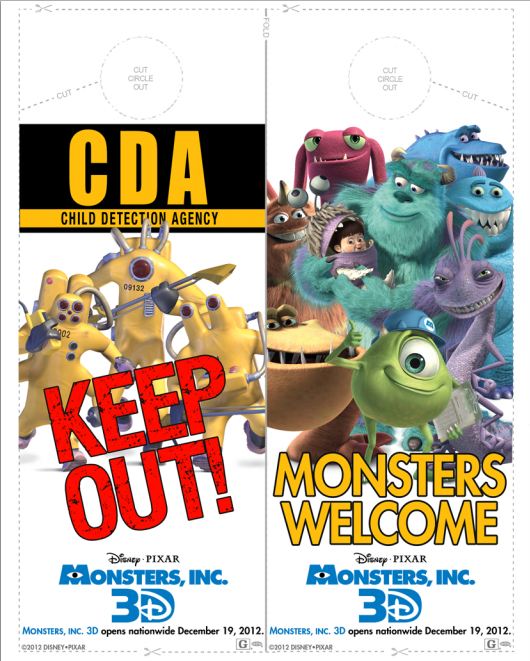 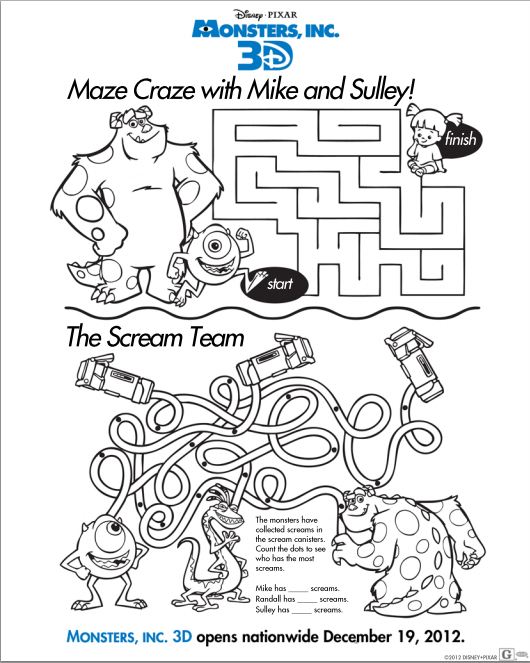 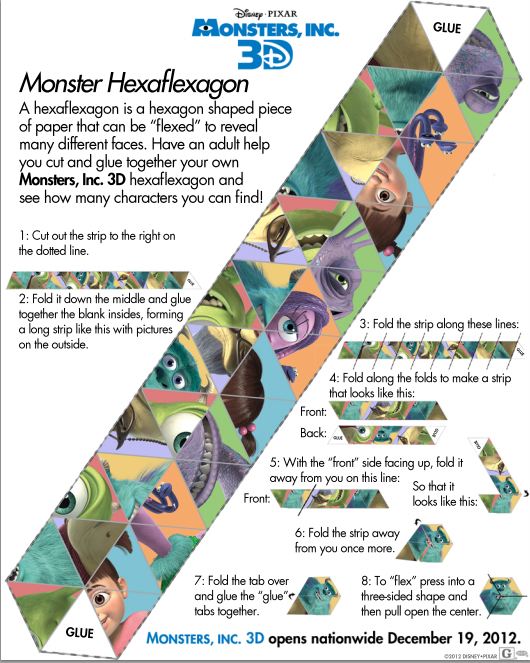 “Monsters, Inc.,” one of Disney•Pixar’s most beloved and visually imaginative feature films ever, returns to the big screen to delight a whole new generation of audiences and fans alike, this time in stunning 3D. The now-classic Academy Award®-winning animated comedy adventure “Monsters, Inc.” is set in Monstropolis, a thriving company town where monsters of all shapes and sizes reside. Lovable Sulley (voiced by John Goodman) and his wisecracking best friend Mike Wazowski (voiced by Billy Crystal) are the top scare team at Monsters, Inc., the largest scream-processing factory. The main power source in the monster world is the collected screams of human children—and at Monsters, Inc., an elite team of scarers is responsible for gathering those precious natural resources. Believed by monsters to be toxic, children are strictly forbidden from entering Monstropolis. But when a little girl named Boo (voiced by Mary Gibbs) accidentally follows Sulley back into his world, he finds his career in jeopardy and his life in utter chaos. So pals Mike and Sulley plot to rectify the mistake and return Boo to her home. But when the trio encounters an unexpected series of complications, they become embroiled in a cover-up catapulting them into a mystery beyond their wildest dreams.

Directed by Oscar®-winner Pete Docter (“Up”) and produced by Oscar nominee Darla K. Anderson (“Toy Story 3”), “Monsters, Inc.” is in theaters—again—December 19, 2013, and will be presented in Disney Digital 3D™ in select theaters.

Psst:  Buy the specially marked Finding Nemo DVD’s and you will get a FREE movie Ticket to Monsters, Inc!