Disclosure: I was invited to a Disney/ABC Media event in exchange for coverage on my website.  No financial compensation was received.  All opinions are my own.

Have you been on the edge of your seat since September when the season finale of Mistresses aired? Me too!  It has felt like an eternity since it last aired quite honestly.  It is one of my most favorite shows and definitely a guilty pleasure I enjoy sitting down to watch once I get the kids to bed.  To say I was excited about visiting the television set of the hit ABC show might just be an understatement!  I mean, really, can you imagine?!  The beautiful outfits, the homes you really only know from your TV screen and let’s not forget the easy on the eyes heartthrobs, like Justin Hartley and Jason George, who you know as Dom.  Sure, the ladies such as Joss (Jes Macallan) were gorgeous. But I wasn’t there for them! 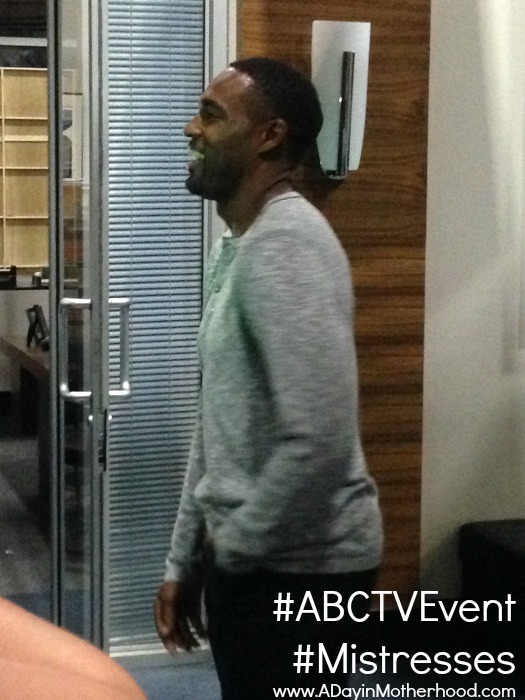 Like most moms (I imagine), I find it hard to keep up on the latest fashion trends.  Not that I have time or even the desire to do so, but I’ll admit, sometimes it is nice to see what’s new and fresh out there in the real world.  Visiting with costume designer Roemehl Hawkins was a lot of fun.  We were able to see the outfits that the fabulous cast is adorned with.  Talk about needing a BIG walk-in closet!!  A girl only dreams of having that amount of fashionable clothing! 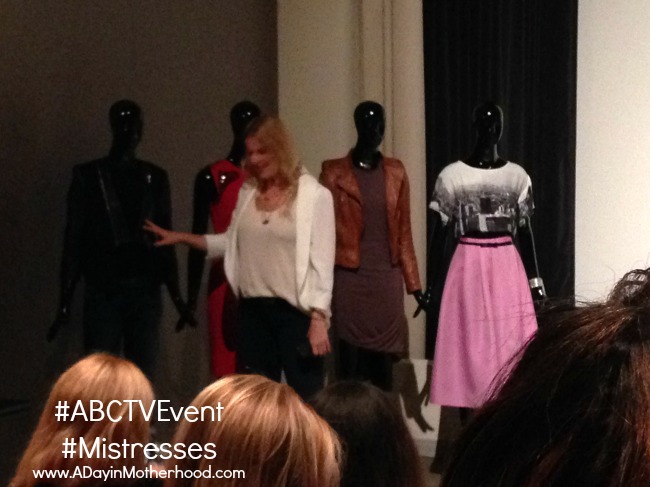 Next up was a tour of the Mistresses set, given by Mr. Eye Candy himself, Jason George.  How exciting to see where Savi works as a lawyer, April runs her store each day, Dr. Karen Kim’s office and revisiting Savi’s life when we stepped into her amazing kitchen. I am a sucker for a nice big kitchen with lots of storage and counter space.  Really quite exciting to step into their lives for even just a few minutes of our busy day! 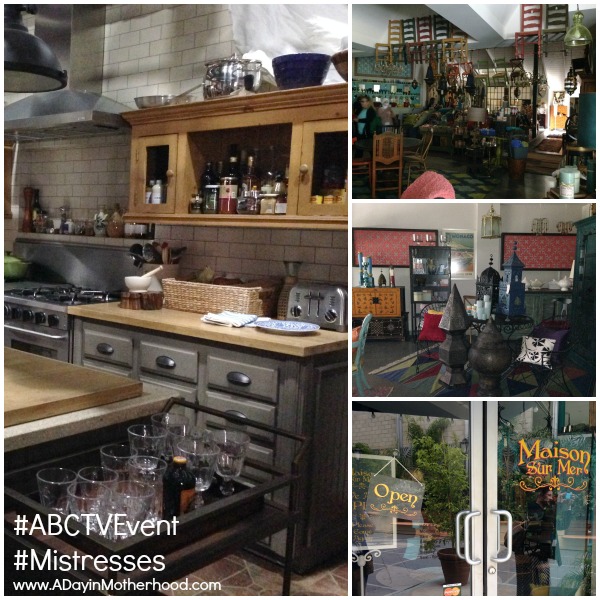 You can see what all of the steamy excitement is about on Facebook and Twitter.  Following along with the hashtag #Mistresses will also help you find what others have to say about season 2!