May the 4th Be With You #StarWarsRebelEvent #StarWarsDay

May the 4th Be With You #StarWarsRebelEvent #StarWarsDay

**I am traveling for media to cover this event. No compensation was received.**

Follow @DisneyChannelPR and @StarWars for the latest news on #StarWarsRebels.

It is that time! May 4th, also known at #StarWarsDay so May the 4th be with you! I know there are some die hard Star Wars fans out there just waiting to bun their hair like Princess Lea and pull out the T-Shirt of pride! With the cast announcements of Star Wars Episode VII on FACEBOOK, the excitement is more palatable today! 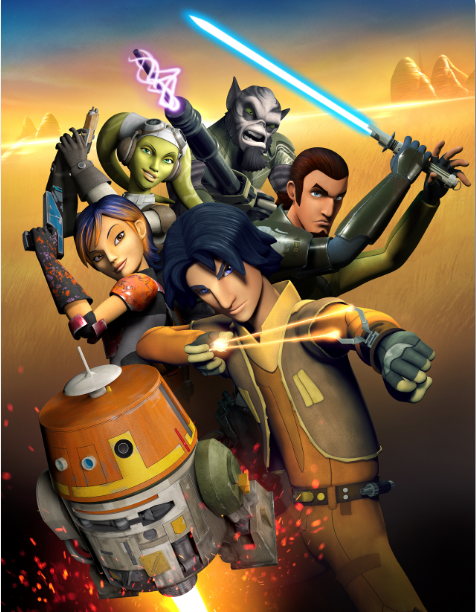 I am even more excited about this day because I am heading to LA for the #StarWarsRebels Event where I will get a sneak peak at the new animated show on Disney Jr called Star Wars Rebels.

“Star Wars Rebels” continues the epic tradition of the legendary Star Wars saga with all-new exciting, action-packed adventures.   It is a dark time in the galaxy, as the evil Galactic Empire tightens its grip of power from world to world.  As the series begins, Imperial forces have occupied a remote planet, ruling with an iron fist and ruining the lives of its people.  The clever and motley crew of the starship Ghost is amongst a select few who are brave enough to stand against the Empire. Together, this ragtag group will face threatening new villains, encounter colorful adversaries, embark on thrilling adventures and become heroes with the power to ignite a rebellion.

Go to www.starwars.com to see what other #StarWarsDay events are happening on May the 4th.

It is time for the younger crowd to get into Star Wars! Follow me on INSTAGRAM for all of the fun and photos from Star Wars Day in Los Angeles plus more all week long!