My kids are going to FLIP when they see this one!

On Friday, June 20, Disney Junior will debut “Lucky Duck,” the first Disney Junior Original Movie, about a group of misfit tub toys in search of the kids who will love them just the way they are.  Leading the voice cast are Broadway and television stars Christian Borle, Megan Hilty and Tom Cavanagh. 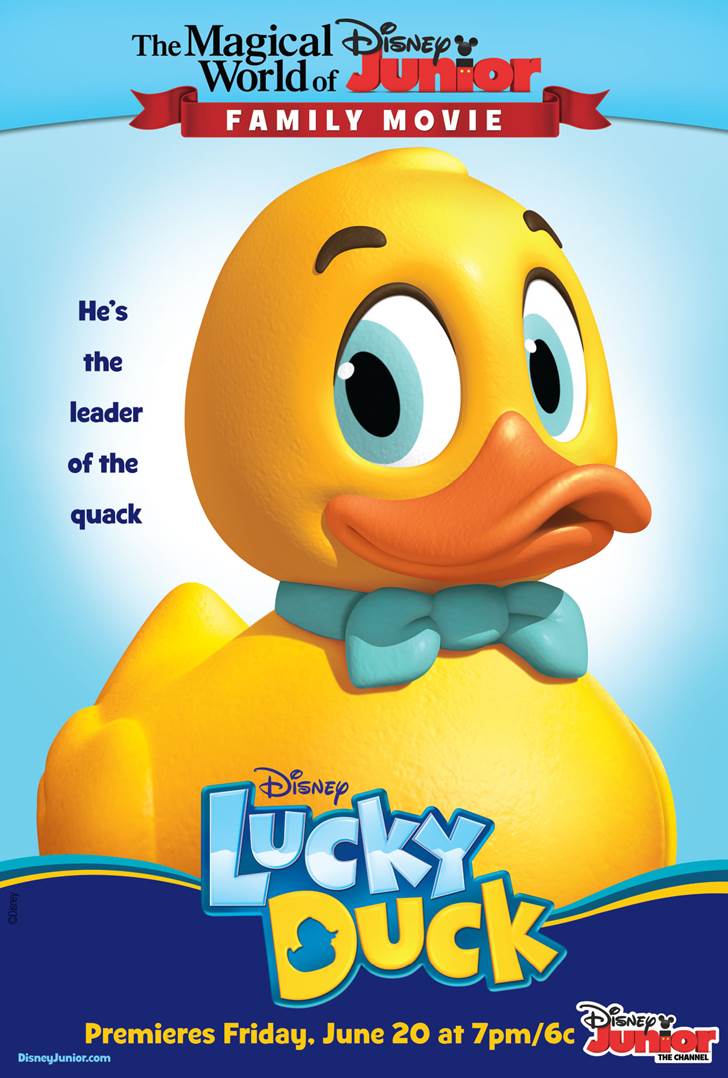 The story introduces an unflappable rubber ducky with a broken squeaker named Lucky (voiced by Borle) and two kindred spirits – an extroverted hippo with mis-matched eyes named Flo (voiced by Hilty) and a timid turtle named Snap (voiced by Cavanagh) – as the they find themselves stranded at sea when the cargo ship they are being transported on is caught in a storm.

Showcasing its musical theater cast, “Lucky Duck” features six original songs, including the ballad “I’m a Lucky Duck,” the up-tempo “Tub Toy Twist” and the heartfelt “Friends Will See You Through.”

Below is a link to the exclusive first-look trailer and poster for the movie.

“Lucky Duck” premieres Friday, June 20 on Disney Junior (7:00 p.m., ET/PT) and Saturday, June 21 on Disney Channel (9:00 a.m., ET/PT).  It will be available for verified users on the WATCH Disney Junior app for smartphones and tablets and on WATCHDisneyJunior.com beginning Friday, June 6.  On Monday, June 16,DisneyJunior.com/LuckyDuck will launch with the online puzzle game “Tub Toy Tumble.”

I have my calendar marked – do you?