I am so excited to be a participant in the Lost and Found Twitter Party October 15, 2013 at 9pm EST! 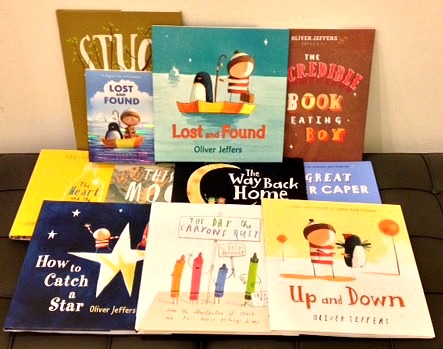 Join Mom It Forward, “Lost and Found” author/illustrator Oliver Jeffers and our panel of experts as we chat about the true value of friendship and swap stories and advice on teaching our kids (and reminding ourselves!) about how to be a good friend and do good deeds for others.

Winner of more than 60 awards worldwide, including a BAFTA for the Best Animated Short Film, “Lost and Found” is based on the internationally best-selling children’s book by noted author and artist Oliver Jeffers. The heartwarming family film is arriving in the U.S. on DVD for the first time on October 15, 2013. Embark on this unforgettable story of a determined little boy who finds a penguin on his doorstep and decides to help him find his way home, all the while, discovering the true meaning of friendship along the way.  Highly lauded by critics as stunning, subtle, and poignant, this breathtakingly beautiful film is sure to captivate the hearts of young and old alike.  In addition to the animated film, the DVD also presents a special “Making of” featurette.

Ahead of the Twitter Party, be sure to Enter to WIN a Lost and Found Prize Pack

Where: Party with us on your favorite Twitter Platform using the hashtags!