This conversation about the Lockwood and CO. Book series is in partnership with Disney-Hyperion. All opinions are my own. Thanks to Disney for sending me the series, and for providing a prize pack! #LockwoodandCo #ad 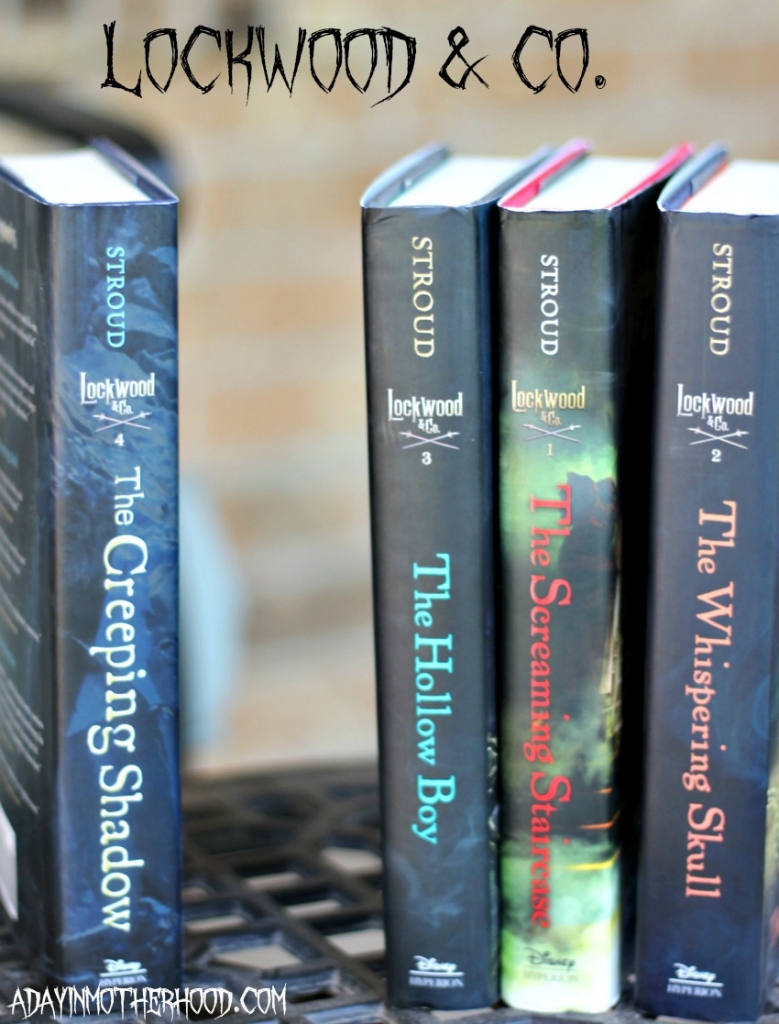 Get ready to celebrate Halloween with the Lockwood & Co. Book series by Johnathan Stroud. Now, I will be honest, I have seen these on shelves at my local retailers but thought my girls were a few years from being able to read them. However, with Katie entering Middle School this year, she is showing a lot of interest in thrillers and mysteries! These suspense filled, best selling books are entertaining, beautifully written and a must have for this creepy time of year!

A sinister Problem has occurred in London: all nature of ghosts, haunts, spirits, and specters are appearing throughout the city, and they aren’t exactly friendly. Only young people have the psychic abilities required to see—and eradicate—these supernatural foes. Many different Psychic Detection Agencies have cropped up to handle the dangerous work, and they are in fierce competition for business.

Jonathan Stroud, author of the internationally best-selling Bartimaeus books, continues his hit series of supernatural thrillers about three teen members of a Psychic Detection Agency who are battling an epidemic of ghosts in London. The fourth book in the series, The Creeping Shadows, released September 13th! 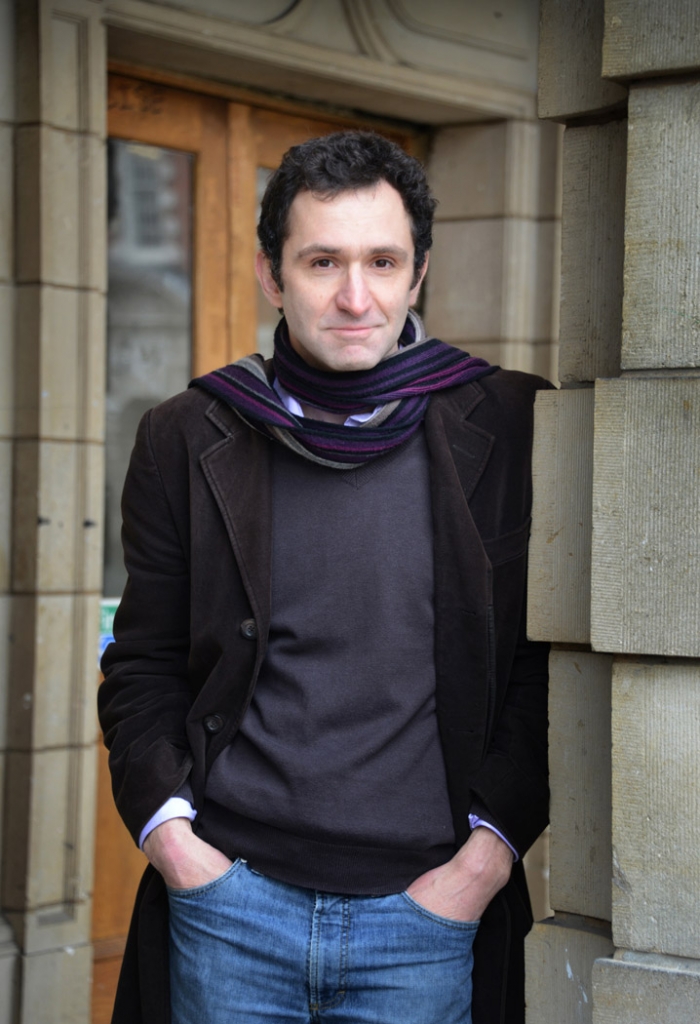 There are 4 books in the series and each is as much of a page turner as the other. With the latest, The Creeping Shadow, hitting shelved now, it is the perfect time to get caught up! Check out this excerpt to get a glimpse! 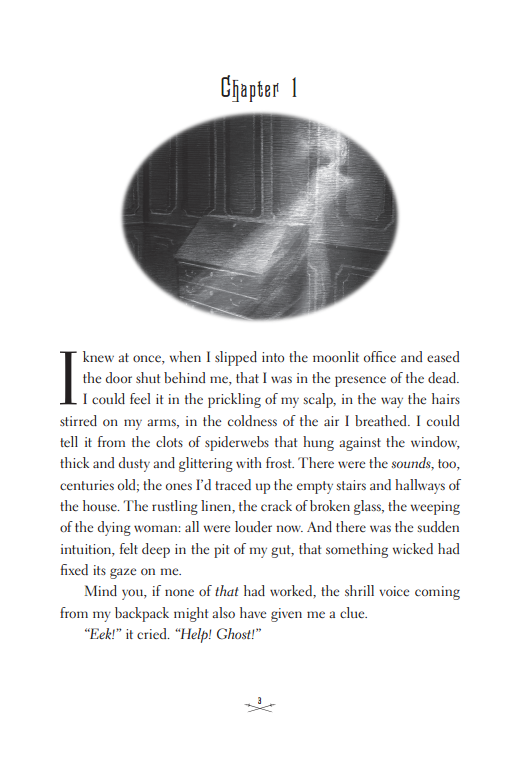 Here are the basics of the four books!

In The Screaming Staircase, the plucky and talented Lucy Carlyle teams up with Anthony Lockwood, the charismatic leader of Lockwood & Co, a small agency that runs independent of any adult supervision. After an assignment leads to both a grisly discovery and a disastrous end, Lucy, Anthony, and their sarcastic colleague, George, are forced to take part in the perilous investigation of Combe Carey Hall, one of the most haunted houses in England. Will Lockwood & Co. survive the Hall’s legendary Screaming Staircase and Red Room to see another day? 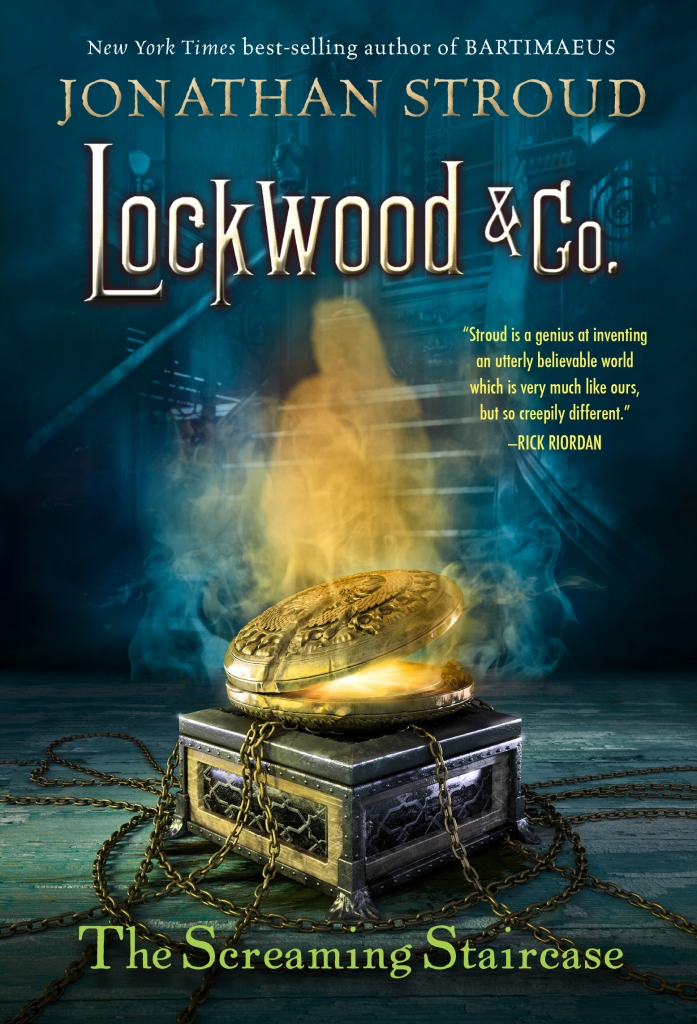 In THE WHISPERING SKULL, the book picks up in the six months since Anthony, Lucy, and George survived a night in the most haunted house in England,Lockwood & Co. hasn’t made much progress. Quill Kipps and his team of Fittes agents keep swooping in on Lockwood’s investigations. Finally, in a fit of anger, Anthony challenges his rival to a contest: the next time the two agencies compete on a job, the losing side will have to admit defeat in the Times newspaper. 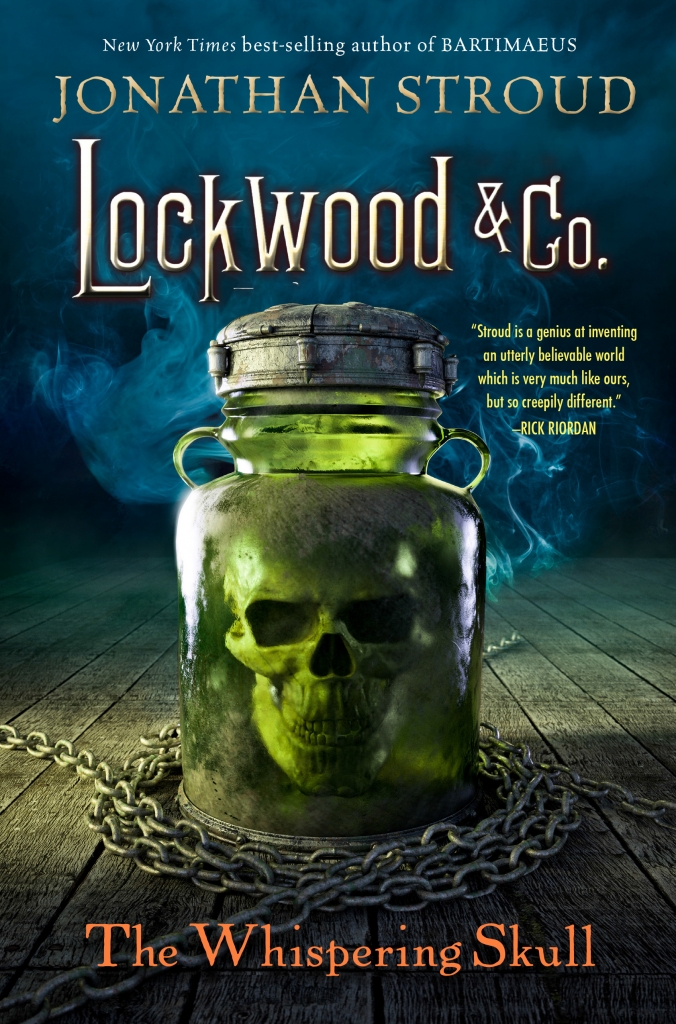 As a massive outbreak of supernatural Visitors baffles Scotland Yard and causes protests throughout London, Lockwood & Co. continue to demonstrate their effectiveness in exterminating spirits. Anthony Lockwood is dashing, George insightful, and Lucy dynamic, while the skull in the jar utters sardonic advice from the sidelines. There is a new spirit of openness in the team now that Lockwood has shared some of his childhood secrets, and Lucy is feeling more and more as if her true home is at Portland Row. It comes as a great shock, then, when Lockwood and George introduce hero. The Hollow Boy is a must read. 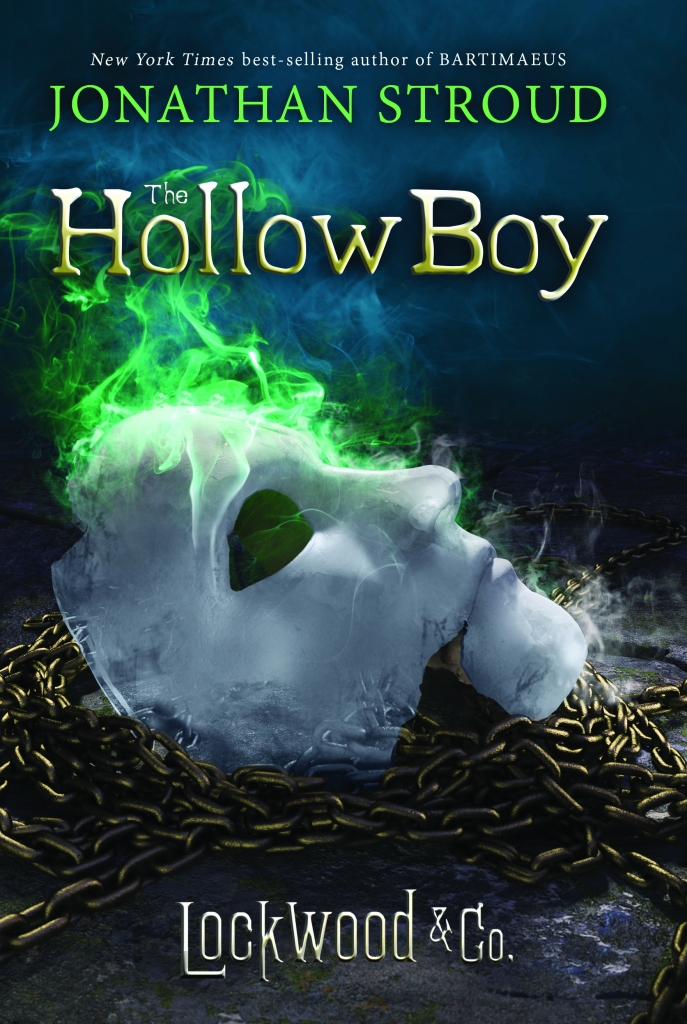 After leaving Lockwood & Co. at the end of The Hollow Boy, Lucy is a freelance operative, hiring herself out to agencies that value her ever-improving skills in The Hollow Boy. One day she is pleasantly surprised by a visit from Lockwood, who tells her he needs a good Listener for a tough assignment. Penelope Fittes, the leader of the giant Fittes Agency wants them–and only them–to locate and remove the Source for the legendary Brixton Cannibal. They succeed in their very dangerous task, but tensions remain high between Lucy and the other agents. Even the skull in the jar talks to her like a jilted lover. What will it take to reunite the team? Black marketeers, an informant ghost, a Spirit Cape that transports the wearer, and mysteries involving Steve Rotwell and Penelope Fittes just may do the trick. But, in a shocking cliffhanger ending, the team learns that someone has been manipulating them all along. The latest installment of The Creeping Shadow is on shelves now. 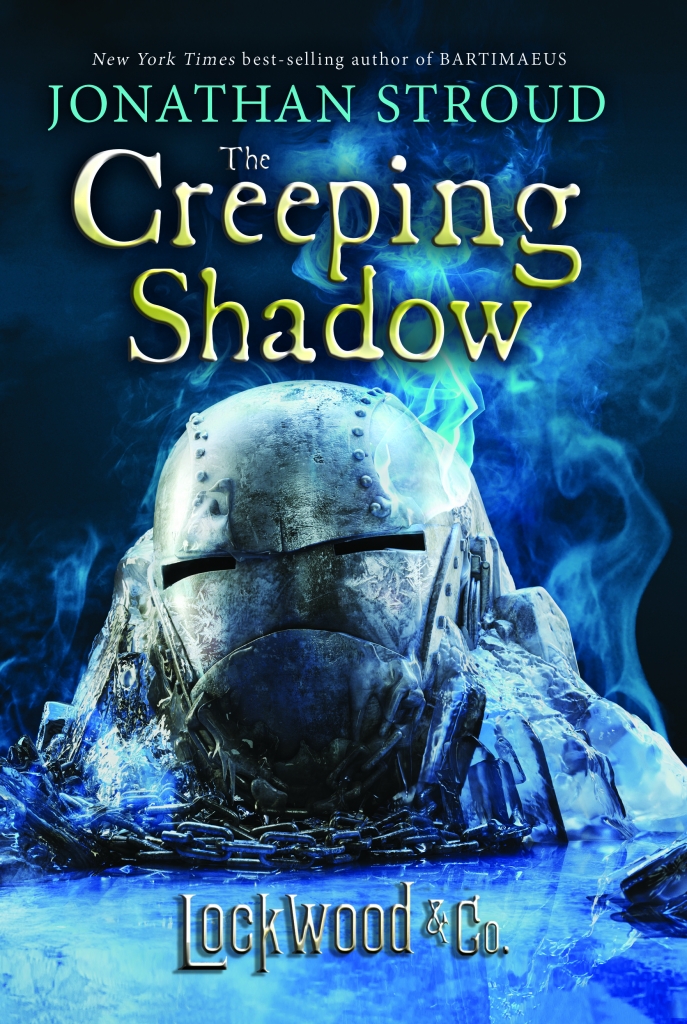 Creep on over to LockwoodandCo.com. 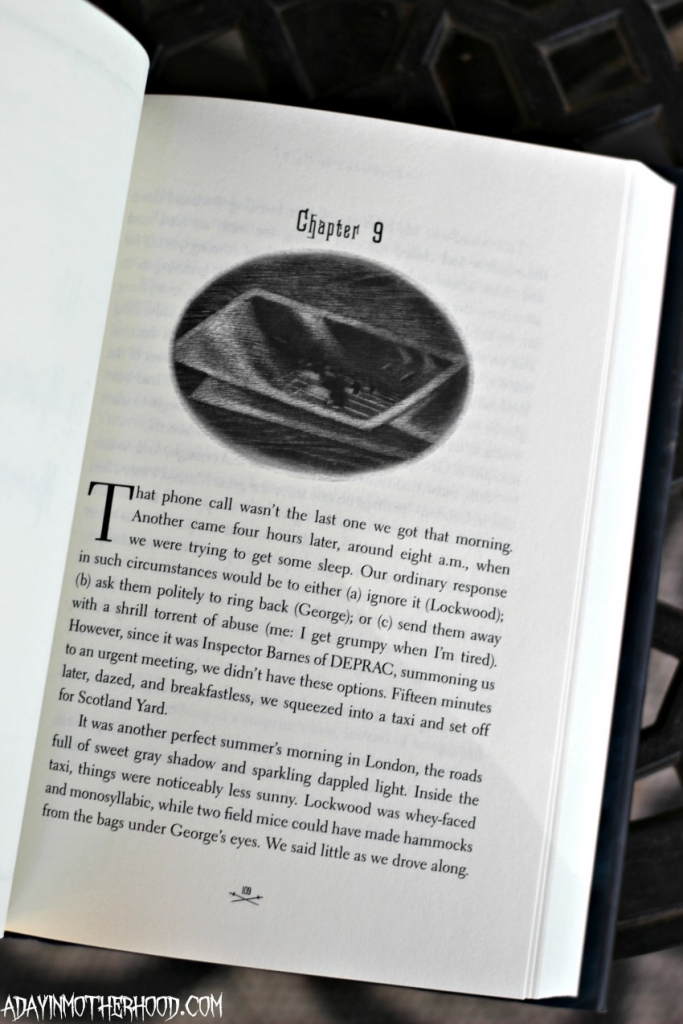 This is a great book series to get into now! That is why I am hosting the most epic of Lockwood & Co. giveaways! Just enter below and win the whole series PLUS a $100 gift card! You’re welcome!

Giveaway open to US addresses only. Prizing and samples provided by Disney-Hyperion. Giveaway ends 10/24/2016