My Interview with Jon Hamm of Million Dollar Arm #MillionDollarArm

My Interview with Jon Hamm of Million Dollar Arm #MillionDollarArm

**I was on a press trip for this. No compensation was received.**

His piercing blue eyes leveled with mine as he focused on my question and making sure he answered it as honestly as he could. Jon Hamm is an attractive, intelligent, from the heart kind of guy with a ready smile and a contagious laugh. He signed on to play JB Bernstein in the next great sports film, Million Dollar Arm, because it was not your typical sports film. 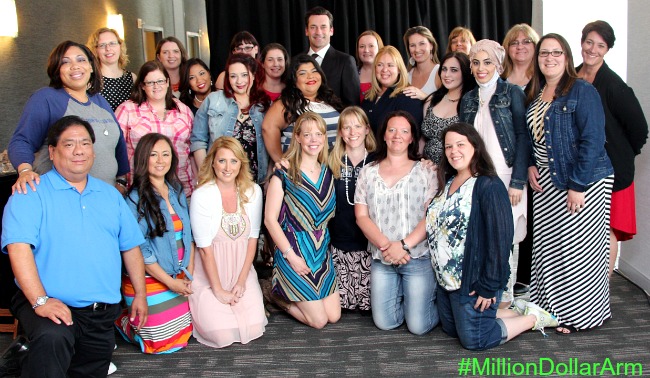 My question was easy. I had seen the film so I was pretty sure of the answer. But I wanted to know Mr. Hamm’s answer as an insider playing the real life sports agent who changes a country, a sport and how talent is found in Major League Baseball.

How do you think Million Dollar Arm stands out from other famous sports films?

Mr Hamm: : I think like  most good sports films, it’s not necessarily all about the sport. I think if you look at something like The Natural. Ostensibly that’s about baseball or a baseball player. But it’s really about this guy and his life and how it was changed and how it was interrupted and then he got to come back and fall in love and all that other stuff. That’s a movie that I, if I watch two seconds of, I watch the whole thing and I’m a mess by the end of it.

This movie is like that. It’s a family movie but it’s set against the backdrop of sports, in particular baseball. But it  would be a disservice to it, I think, to just say it’s a baseball movie because it’s means much more than that. That’s kind of one of the reasons why I wanted to, to do this film.

It just felt richer than just a game where I hope they win the big game, you know, at the end? That is what I hope we brought through the making of it. 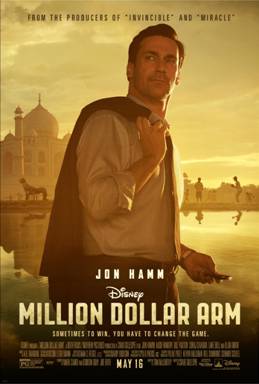 Through the interview we learned that this Mad Men star, and St. Louis Cardinals fan, felt that his portrayal of a real life person was easier than he thought. Because JB Bernstein, thought known in the baseball agent world, was not a world wide known name, he felt like he only had to please the real man. He noted that The guy’s life was really changed for the better because of this experience. He did not set out to have some sort of life changing experience. He set out to make money. But sometimes that happens. Unexpectedly you just all of a sudden find yourself affected by things and that’s J.B.’s story.

As the interview progressed we learned that his travels to India to film Million Dollar Arm happened after the wrapping of Mad Men and that immersing himself into the Indian culture was inspiring to him. It is the sights and smells and the heat and everything else makes  the experience even more worthwhile. 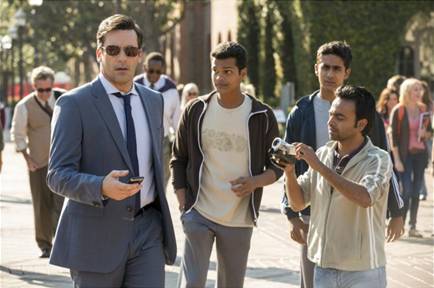 The film, Million Dollar Arm, opens in theaters May 16, 2014. If you are a Jon Hamm fan, this movie is Jon Hamm all the time. His rugged handsome face is more dynamic with his dedication to a story that should be told.

After staring in his eyes as he thoughtfully and thoroughly answered my question, I am a fan for life!