James Franco is the Wizard: An Interview with the Elusive Star of Oz The Great and Powerful #DisneyOzEvent

James Franco is the Wizard: An Interview with the Elusive Star of Oz The Great and Powerful #DisneyOzEvent

The man who plays the elusive, mysterious, devilishly handsome wizard in Oz The Great and Powerful is the only actor that really could have played this part to the perfection he did.  James Franco possesses some of the same qualities the Wizard does, as I found out when 24 other mom bloggers and I got to interview him last month. 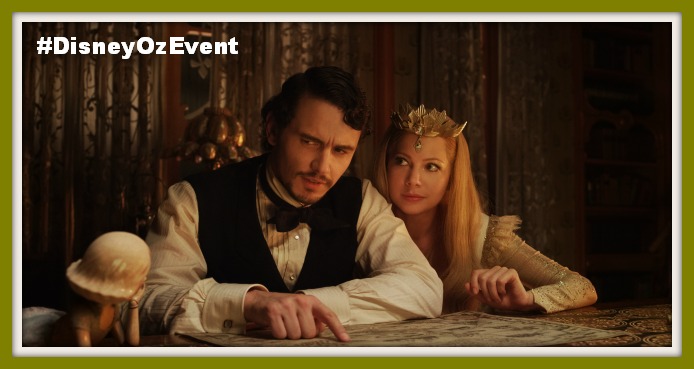 There for the World Premier of Oz The Great and Powerful hitting theaters everywhere FRIDAY, March 8, 2013 in Disney 3D, we were so honored to sit with the stars for a few minutes each!

When James Franco walked in you can imagine the scurrying of mommy bloggers to get a good look at the attractive star!   He sat down, seemingly confused as to why a bunch of ‘the mommies’, as he called us, wanted to talk to him.  But we did.  We were all so impressed with his theatrical, dynamic and ultimately heartwarming portrayal as the Wizard that we had questions we wanted answers to. 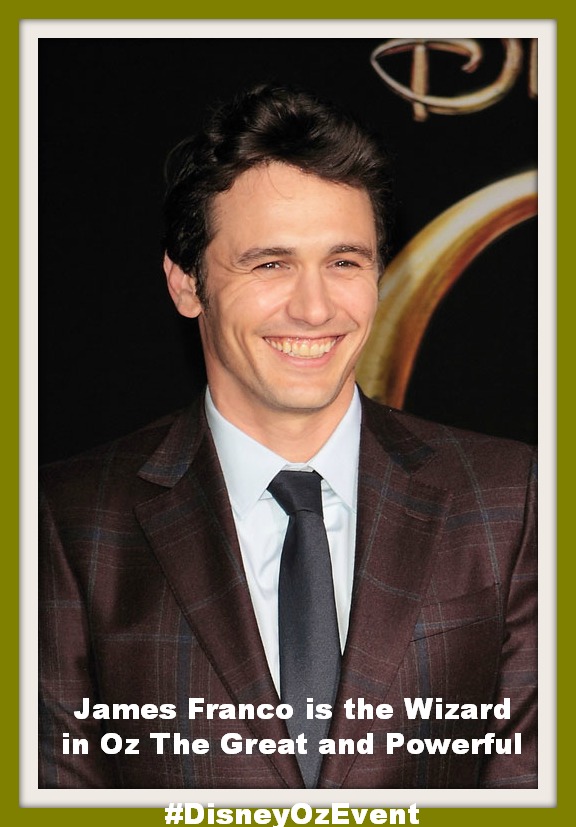 Below are some of my favorite questions and answers.  As he answered, he kept his head mostly down and did not make much eye contact.  But when he looked up and smiled, you saw the charismatic man emerge that translates so easily on screen.

{Creative Editing for Ease of Reading}

What was your most memorable moment in filming the movie?

It was all pretty enjoyable. It was a very long shoot.  It was six months but  I was working with my old friend, Sam Raimi and all the other actors and actress were great to work with, so it was mainly just long. But it enjoyable all the way through.  I mean, there’s nothing I can think back and be like, ‘that was, that was so hard to do’.

What was your favorite part with the magic, and can you do it in real life now?

I can.  Well, I had to train with a Vegas magician, Lance Burton and he showed me a lot of the secret tricks and I got pretty good at it.   There’s a scene in the beginning of the film where we see Oz doing his act in the traveling circus.  There were more tricks in the original act that I learned.  I could make doves materialize out of nothing and pull rabbits out of a hat.  But it didn’t make the cut.

Were you a fan of the Wizard of Oz growing up?

I was.  When I was a boy, that was the, the days before Harry Potter was around, I read all of the L. Frank Baum Oz books on my own. They were some of the first books I read for pleasure outside of school.  It was fourteen or fifteen that he wrote and I just sped through them.  I remember there was a local book store called The Printer’s Ink in Paulo Alto.  And it’s gone now, unfortunately. It was an independent book store and they had all the Oz books there, and I remember just like getting excited seeing all of them and going through each one. 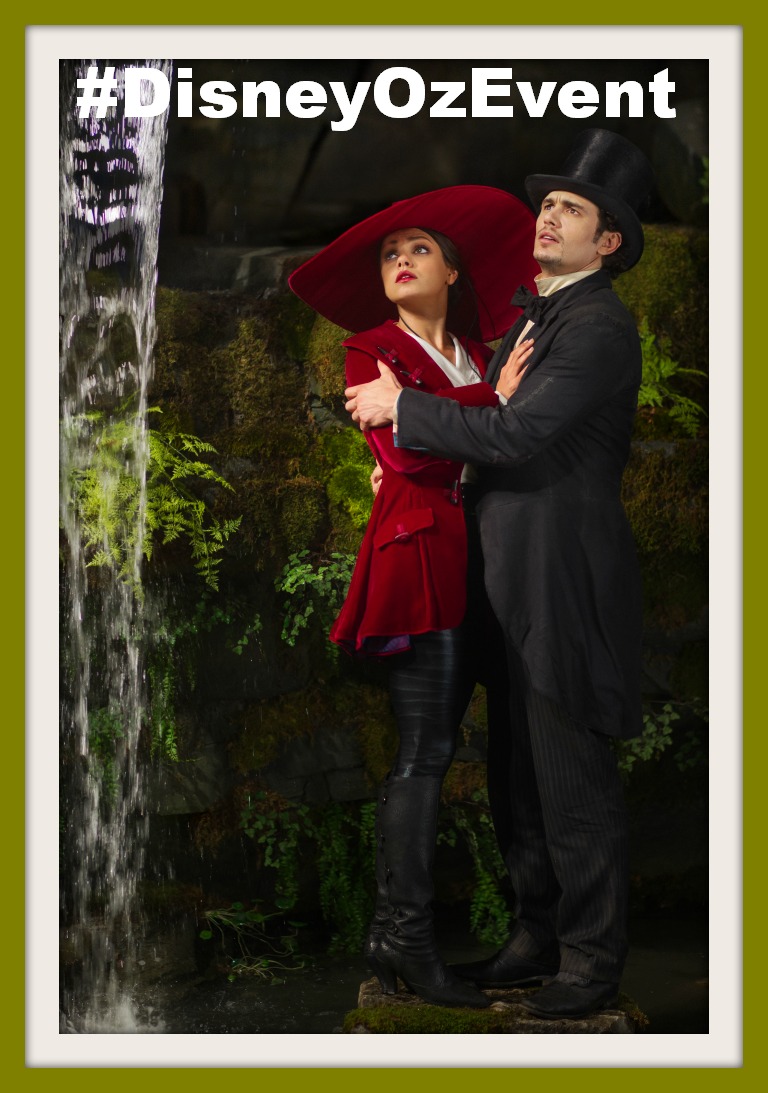 Who’s your favorite witch to work with?

How was it working with Finley and China Girl?

Zach Braff plays the flying monkey, Finley, and Joey King plays the China Gir, the doll made out of porcelain. And those were some of my favorite scenes.  I thought they were, just great characters and great kind of oddball sidekicks to have in the land of Oz.  And then I loved Joey and Zack.  I would do anything with them.  They’re great collaborators.

Do you ever sleep. How do you manage all that you do?

{Mr. Franco is also a theater professor and even had some students with him on press day}

I do sleep!    I do a lot of things but I’m in the fortunate position that my job is what I love and so I don’t need a relief from it like someone who doesn’t like their job does.  So I just kind of move from project to project because it’s how I enjoy life. 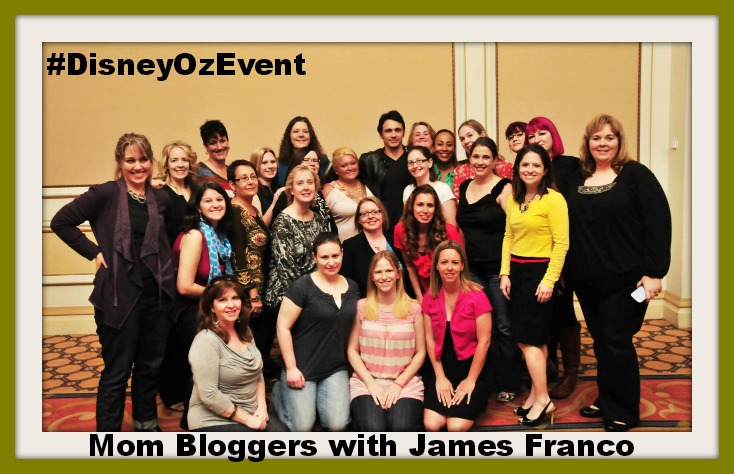 We do understand because everyone in that room loves their jobs too!  Especially when we get to interview with a talented actor like yourself!

Oz The Great and Powerful hits theaters everywhere is Disney 3D on March 8, 2013!