Ahoy Mateys!  Are you looking for a stocking stuffer for that special child, or just something to watch while you’re cuddling up with some hot cocoa?  Jake and the Never Land Pirates: Never Land Rescue is now available on DVD! 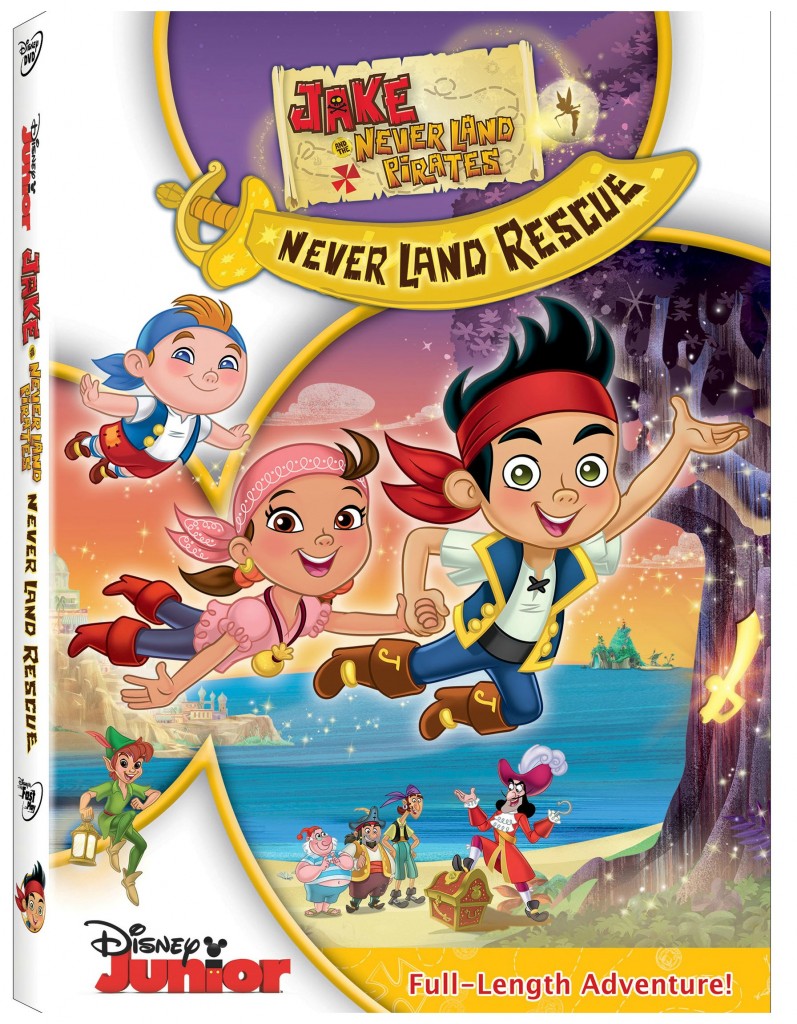 In “Jake and the Never Land Pirates: Never Land Rescue,” Jake embarks on his most heroic mission ever as the magic of Never Land begins to disappear just as the ancient Forever Tree seems to be fading away.  After a mysterious figure known as “The Guardian” arrives to explain that only the pirate who truly believes in himself can save Never Land from vanishing completely, Jake must break off from the rest of his crew and go alone on a mission to save the Forever Tree, the source of magic throughout all of Never Land.  Guiding Jake on his quest is Tinker Bell, who makes her first-ever appearance in the series.

Joe has recently become fascinated with pirates- he wants a pirate ship for Christmas, he pretends he is a pirate, and he watches everything he can on pirates.  He was super excited when Jake and the Never Land Pirates: Never Land Rescue arrived….and has not gone a single day without watching it (at least once) since!  Our favorite part is when Jake gets the Destiny Sword!  When you purchase a copy you will receive your very OWN Destiny Sword with Glow-in-the-Dark Stickers!

Also included with the the full feature movie are some additional episodes: “It’s a Pirate Picnic”, “The Key to Skull Rock”, “The Golden Twilight Treasure”, “Rock The Croc!”, “Jake and Sneaky Le Beak”, “Cubby the Brave”, “Jake’s Special Delivery“, and “Seahorse Saddle-Up!”, as well as 8 “Playing with Skully” shorts, and a Destiny Sword with stickers.  You will be “hooked” on this DVD with the all-star cast including Cameron Boyce, Madison Pettis, Jonathan Morgan Heit, Corey Burton, and David Arquette, as Skully!

Get some FREE Activities for your kids too!

Yo Ho, Let’s Go!  Hurry and purchase your own copy TODAY from Amazon!