Iron Man 3 is COMING! PLUS, See the Sneak Peek of the Commercial Airing at the Big Game

Iron Man 3 is COMING! PLUS, See the Sneak Peek of the Commercial Airing at the Big Game

Iron Man 3 is coming to theaters May 3, 2013!  And I know I can’t wait for the super hero to grace the screen but in the meantime, check out the sneak peek of the commercial airing this Sunday during the big game!

In Marvel’s “Iron Man 3,” Tony Stark/Iron Man finds his world reduced to rubble by a malevolent enemy and must use his ingenuity and instincts to protect those closest to him as he seeks to destroy the enemy and his cohorts.

Check out the poster just released too! 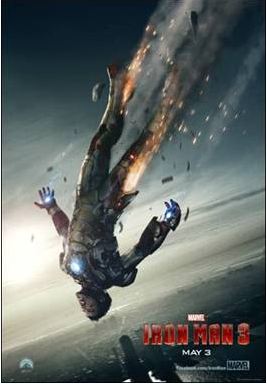