We thoroughly enjoyed Disney’s New FROZEN!  Get a sneak peak of the hidden images you will find in the film. Disney makes every film worth watching again and again ~ and these images are the perfect motivation for me to snatch up my girls and head back to the theater for another round. We absolutely love Disney’s special features and cannot wait to get a second glance at the background treats! 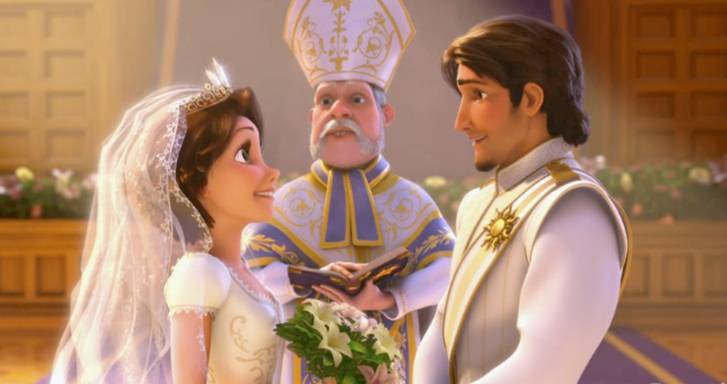 WELCOME TO ARENDELLE – Elsa’s coronation draws guests from far-away lands—and movies. From “Tangled,” Eugene Fitzherbert aka Flynn Rider and Rapunzel even made the guest list.

SWEET REPEAT – Anna’s affinity for chocolate summons sweet treats all the way from the land of Sugar Rush in “Wreck-It Ralph.”

The film is directed by Chris Buck (“Tarzan,” “Surf’s Up”) and Jennifer Lee (screenwriter, “Wreck-It Ralph”), who also wrote the screenplay. It is produced by Peter Del Vecho (“Winnie the Pooh,” “The Princess and the Frog”). Featuring original songs from Kristen Anderson-Lopez (“In Transit,” “Winnie the Pooh”) and Tony® winner Robert Lopez (“The Book of Mormon,” “Avenue Q”), and an original score by Christophe Beck (“The Muppets,” Oscar®-winning short “Paperman”), “Frozen” hit theaters in 3D on Nov. 27, 2013.

IT’S A MOUSE! – Disney’s famous icon makes the quickest of cameos in “Frozen.” A small Mickey Mouse plush sits on one of the lower shelves in Wandering Oaken’s Trading Post and Sauna.

REPURPOSED PAINTING – Artist Lisa Keene’s painting—completed during the development phase of “Tangled” and based on “The Swing” by Jean-Honoré Fragonard—made such an impression on “Frozen” filmmakers, it became part of Anna’s signature song, “For the First Time in Forever,” when she leaps into the air and mimics the painting’s pose.