Oh the anticipation this one has for me is HUGE!  When Sarah was 2 we watched it over and over and over again!  She LOVES Finding Nemo and we wore out our copy!  So the fact that it is coming back, in 3D no doubt, will be major for our family!

The movie hits the big screen September 12, 2012 and then will be released on Blu Ray just in time for the perfect stocking stuffer, December 4, 2012! 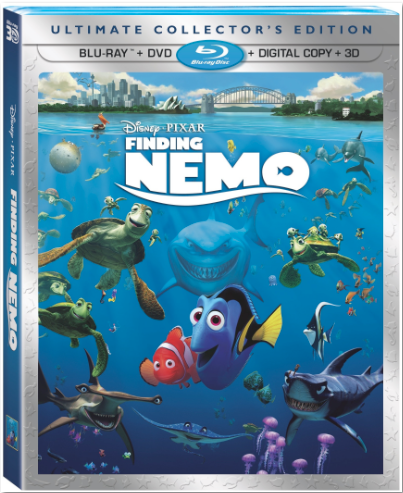 The home entertainment release of “Finding Nemo” will be available this holiday season as follows:

We all know the story of Nemo, right?  The little fish who had a big adventure and met a ton of great friends along the way!  With Dory (voiced by Ellen DeGeneres), Marlin (voiced by Albert Brooks) and more, the tale is enchanting and fun!

Everyone should own a copy of Finding Nemo!  And I, personally, can not wait to go see it in 3D in theaters!