Relatively Media presents Earth to Echo, coming in April, 2014!  This film suggests encoded messages may be coming from alien sources… and I for one, cannot wait to see this one on the big screen! It sound like it just might be one that strums every cord of suspicion that I can muster up! Get ready to take on outer space in this one, coming this spring! 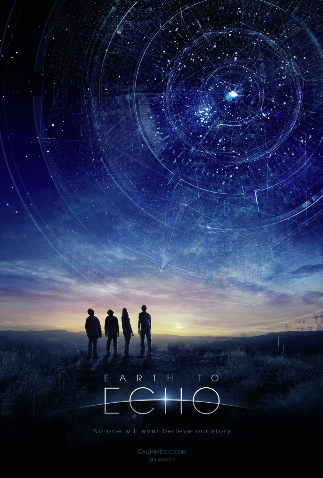 After a construction project begins digging in their neighborhood, best friends Tuck, Munch and Alex inexplicably begin to receive strange, encoded messages on their cell phones. Convinced something bigger is going on, they go to their parents and the authorities. When everyone around them refuses to take the messages seriously, the three embark on a secret adventure to crack the code and follow it to its source. But taking matters into their own hands gets the trio in way over their heads when they discover a mysterious being from another world who desperately needs their help. The epic, suspenseful and exciting journey that follows will change all of their lives forever.

This trailer sets my hair to end just thinking about the encoded messages.  It will definitely be on the agenda for a ladies night out!

Just a bit more about this mysterious film, Earth to Echo!

Stay Connected to Earth to Echo and keep tabs on the release!!

See you in the theaters my friends! I am super pumped to see Earth to Echo so I will hitting it up as soon as I can to bring you even more excitement!