Club Penguin by Disney has Games for Kids!!

Club Penguin by Disney has Games for Kids!! 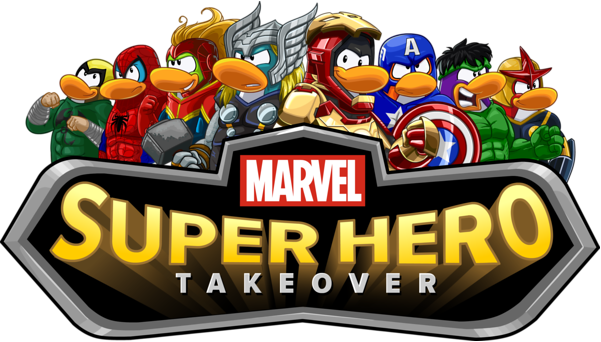 What a fantastically creative game! My kids love the marvel characters. We have masks, capes, shields and victory dances here in our home… so when the opportunity to play the new Disney Club Penguin Marvel Super Heroes and Super Villains popped up, we knew we had to try it! This is already becoming a favorite in our home and I can see that I am going to have to divvy up computer time!

My Megan was over the moon to pick and design her Penguin, which we named MyHappyPink.  This is a great tool to help teach her a keyboard, analytical skills of figuring out that to do and more!  I love this and she plays it all the time – well, during screen time, anyway!

Prepare to sit and help your little one get started.  There are a lot of moving pieces.  But once you get them started, they will quickly accelerate faster on their own.

Super Heroes can plan their defense strategy in the Hero Lab, while Super Villains can scheme in the Villain HQ, building eight different kinds of destructive robots

Members can buy new super igloos like the Secret Base, an impenetrable HQ perfect for Super Heroes, while Super Villains will feel right at home in the new Creepy Cavern

Members can suit up in 27 different Marvel Super Hero and Super Villain costumes, while all players can dress as cops, robbers and civilians

Head over to Disney’s Club Penguin!! 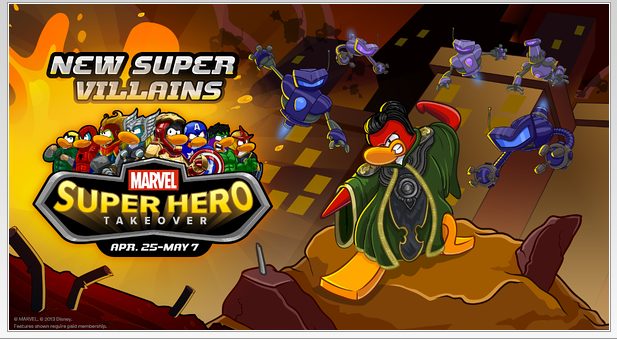 Penguins will be called to defend the city of Penguintropolis and bring members dressed as Marvel Super Villains to justice before they take over with their destructive robots. After choosing sides, members can suit up in over 25 Marvel costumes like Super Heroes Iron Man, She-Hulk, Captain America and Sif or the more mischievous ensembles of Marvel Super Villains like the Mandarin and Loki.

Marvel costumes feature characters from the new animated series “Marvel’s Hulk and the Agents of S.M.A.S.H.” including She-Hulk, A-Bomb, Red Hulk and Skaar. The series premieres August 11 inside Marvel Universe on Disney XD. Club Penguin fans of “Marvel’s Ultimate Spider-Man” can also dress up just like Iron Spider. And don’t forget Iron Man, Hulk, Captain America and Thor, who assemble in “Marvel’s Avengers Assemble” with a one-hour preview May 26 and launching on July 7 inside Marvel Universe on Disney XD.

Club Penguin is the #1 virtual world for children. Club Penguin works to maintain a fun and safe online entertainment experience by using filtering technology and live moderators. The award-winning virtual world of Club Penguin contains no third-party advertising and is free to use and enjoy, however a subscription membership provides access to additional features that enhance the play experience. Club Penguin, headquartered in Kelowna, British Columbia, Canada, is enjoyed by children around the world, and can be played in English, German, Portuguese, French and Spanish. 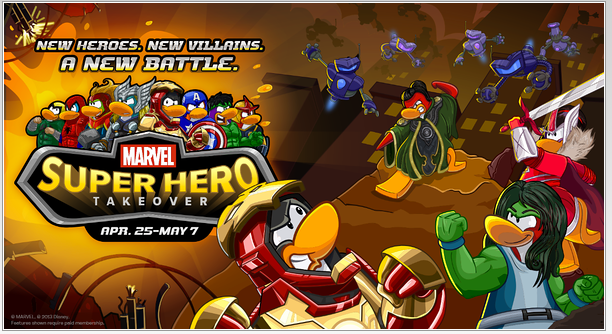 About Marvel Entertainment
Marvel Entertainment, LLC, a wholly-owned subsidiary of The Walt Disney Company, is one of the world’s most prominent character-based entertainment companies, built on a proven library of over 8,000 characters featured in a variety of media over seventy years.  Marvel utilizes its character franchises in entertainment, licensing and publishing.  For more information, visit marvel.com.

This review was made possible by Disney Interactive. I was provided a membership to Club Penguin free of charge to utilize for my review. All opinions are 100% mine. Please see full disclosure statement for A Day in Motherhood for more information.