**In was on a press trip for this event. No compensation was received.**

A week ago I was ushered into a room – with a bar – for a live taping of Jimmy Kimmel Live. I had been looking forward to this for a while. The guests were two of my idols; Sally Field and Julia Roberts and I wanted to lay my eyes on them in person – or as closely as I could, anyway. Plus, Kimmel is pretty cool too. As I sipped wine and listened to Executive Producer Jill Leiderman as well as co-head writer Molly McNearney (Jimmy’s wife) tell us about the behind the scenes workings. 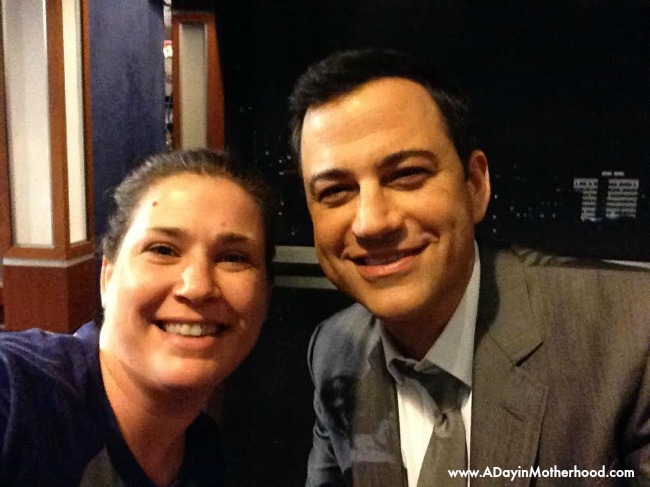 This show would go down in the history books and as I perched on my chair, listening first to Sally Field – who happily took a shot of Tequila while at the desk – talk about her career and rib Jimmy right back. She is a tiny woman, from what I could tell on the TV Screen and looks amazing. She was most excited about her first ever Celebrity Curse Off with Julia Roberts later in the show. She said she had studied up and was taking Julia down! 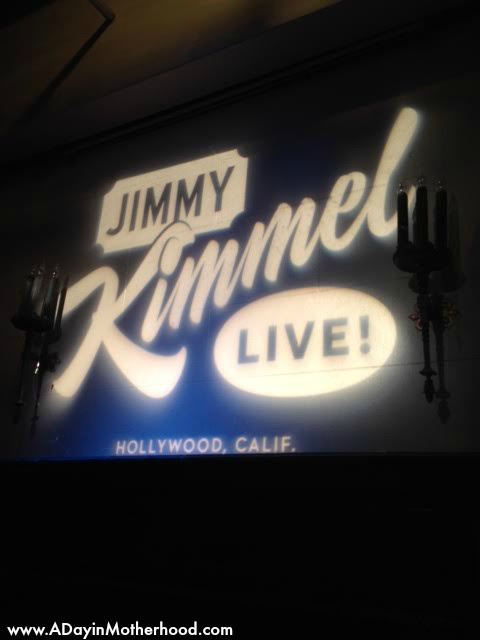 Julia was next up and was clearly both enamored and taken aback by Kimmel. There to talk about a very serious film, A Normal Heart, playing on HBO, her radiant smile burst out at every joke. From references to hookers (ala Pretty Woman) to her clear concern about the curse off, she was endearing and beautiful.  At one point she said, ‘This really gets weird fast!‘

Next it was time for the moment we all were waiting for. The Curse Off. Two Hollywood Queens using the worst words they could think of to try to top each other on dirty words.

Sally had a list and Julia had a red face. I had a red face! After watching bleeped television forever, hearing the words live from these two pristine women was jolting but hysterical. I know what words Sally said to make Julia bend over in laughter. And I know what Julia said that made everyone laugh at her clearly inferior bad word database.

Here is the bleeped video below of the bit

Seriously, I have tears in my eyes every time I see it. Especially since I know exactly what was said!

After the taping, Jimmy Kimmel came out to meet us all – which was really cool!

This was a fun experience and if you are ever in Los Angeles, you should try to get tickets to the show. You will be surprised at how small the set is, the stage is and the audience is. But you will be impressed with the entire team that puts this show together every day!