Meet the Cast of Ghostbusters: The People Behind the Laughs

Meet the Cast of Ghostbusters: The People Behind the Laughs

**I was a guest of Sony for the Ghostbusters Junket as a representative of ADayinMotherhood.com. Follow me, Danielle Reeves, at BusyMomsHelper.com. All opinions are my own.** 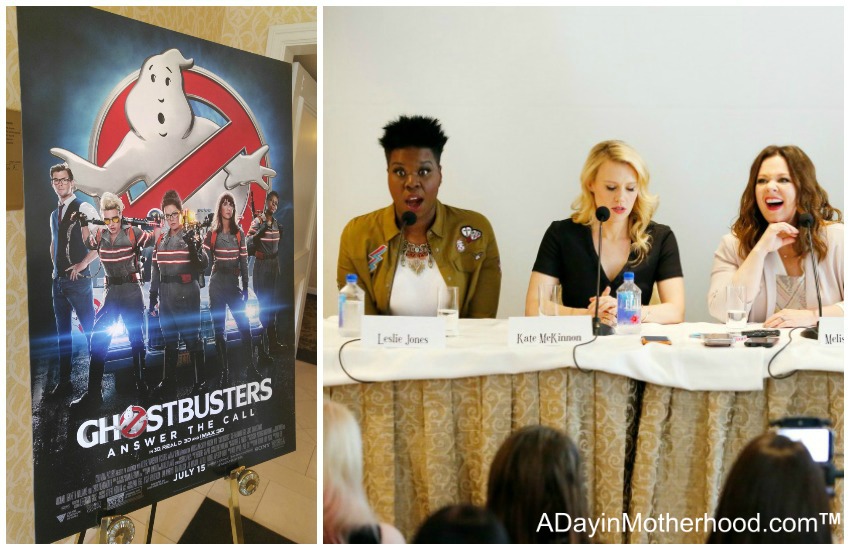 I can honestly say that interviewing the cast of Ghostbusters was the time I was most looking forward to with this event. With a crew like Melissa McCarthy, Leslie Jones, Kate McKinnon and Kristen Wiig, I knew there would be plenty of laughs – they didn’t disappoint! Although Kristen wasn’t able to make it due to being down sick, I truly enjoyed seeing the other gals interact and talk about their memories from the set. We even had the directing and writing geniuses Ivan Reitman, Paul Feig and Katie Dippold joining us, just adding to the incredible time!

As we were waiting for this awesome crew to come in, I was going through my mind what to ask. I mean, how often do you get to ask such funny ladies a question? I was so excited, having been a huge fan of Melissa McCarthy for a long while – and now loving the other gals just as much after seeing the movie! 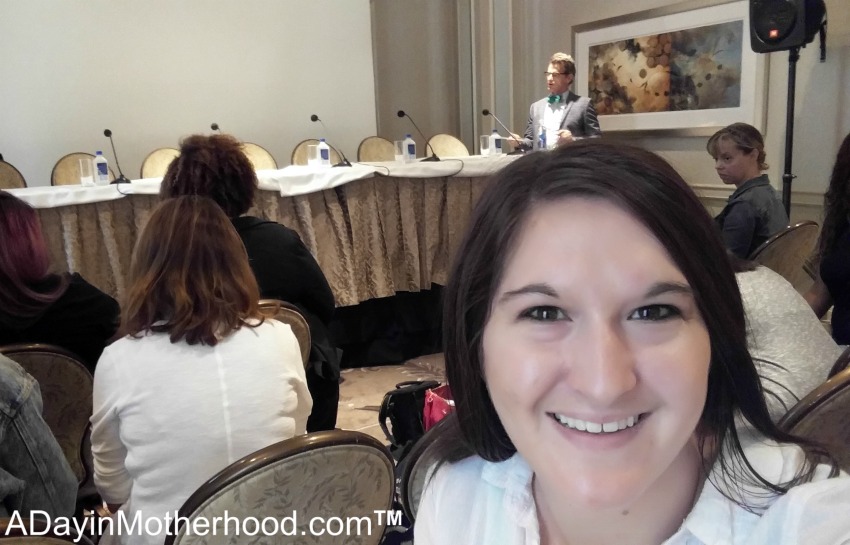 Melissa McCarthy plays Abby Yates, a scientist who is reunited with her old friend Erin Gilbert (played by Kristin Wiig) when apparitions (aka GHOSTS) start appearing in New York. These two scientists are joined by the clever and ever-inventing Jillian Holtzmann (Kate McKinnon) and the city-loving Patty Tolan (Leslie Jones). You can tell the true friendship that the whole crew shares as they told us of their experience filming Ghostbusters. 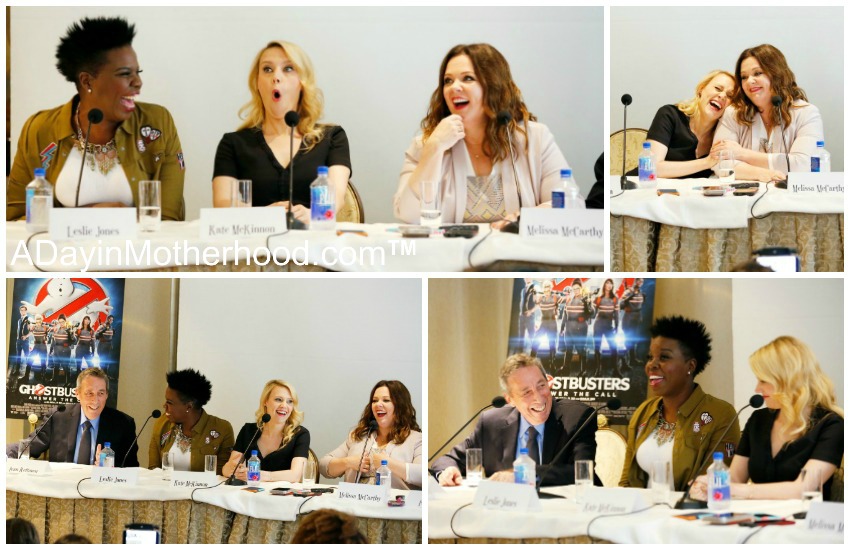 It turns out, several of them believe in ghosts in real life! Kate had quite the interesting story – as she shared, Leslie sat there shaking her head. I just love the incredible chemistry between all these great people! I bet every day filming was just a hoot! Katie Dippold confirmed this for us

As we heard more of the fun behind the set, we learned that Melissa was tempted to play a little trick on Leslie – slowly adding weight to her pack each day so it became extra heavy! Oh my word, can you imagine if Leslie found out? Melissa admitted that was why she didn’t actually go through with it. 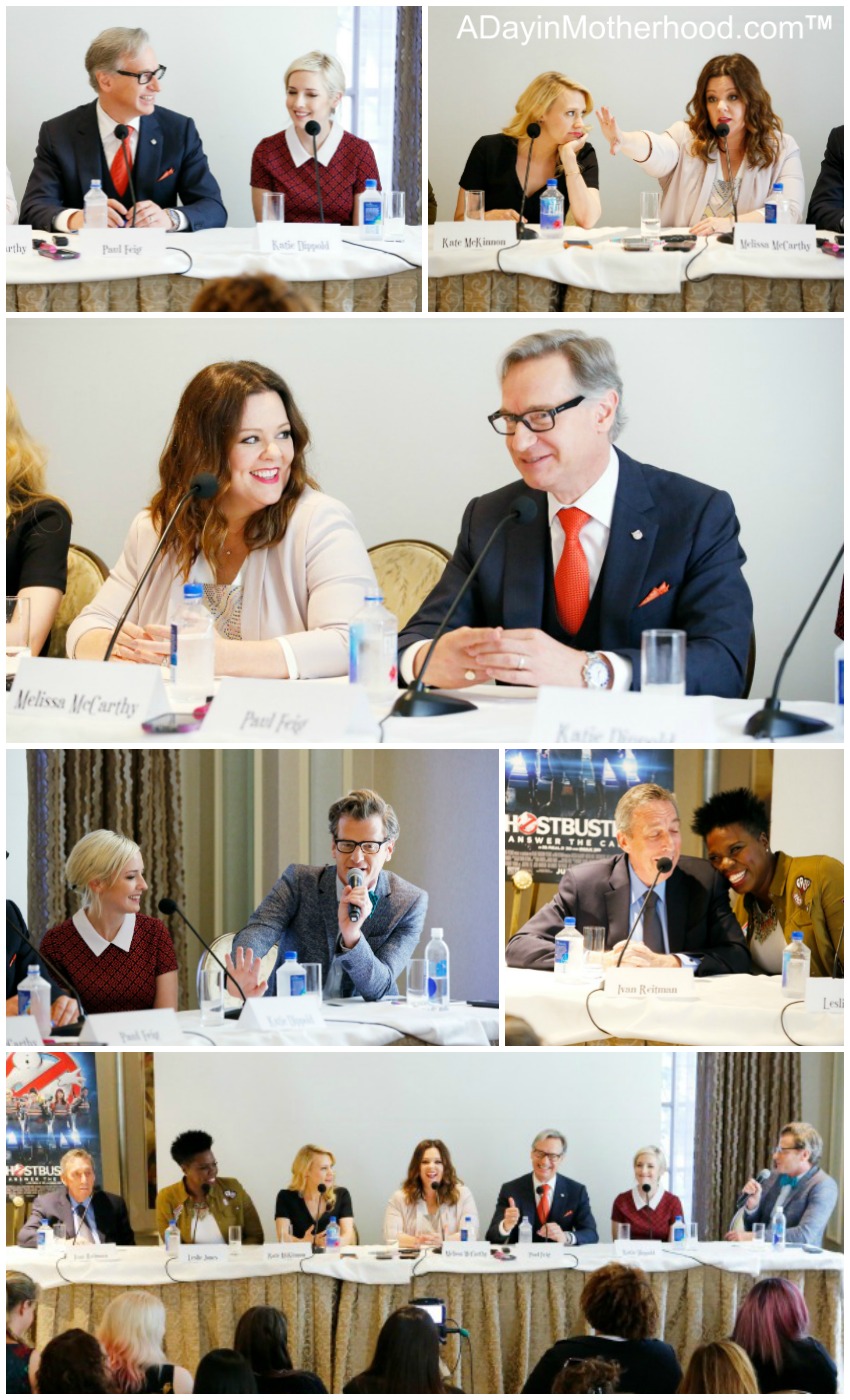 Katie Dippold summed it up nicely when she said “the second Paul cast these women it was a huge sigh of relief because I think they’re amazing and make everything funnier.” When Paul was asked if he just says ‘action’ and let’s them go, he responded “pretty much, I’ve just gotta stay out of their way!” Although the script was a ‘nice roadmap’ as he says, “how we get there, that’s the fun we have of letting these four ladies just kind of go for it.” 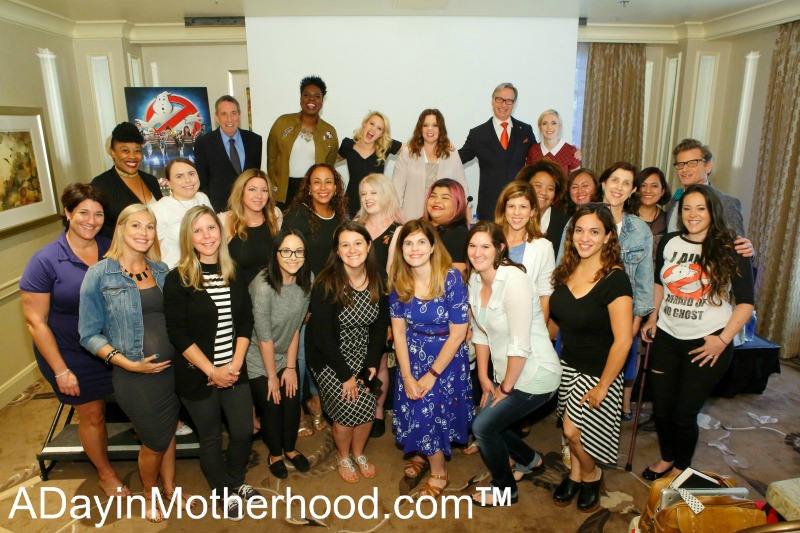 There’s just so many laughable moments and stories, you should go WATCH the whole interview through Facebook Live Here!

And my FAVORITE thing of the entire week? As we were heading to grab our stuff after the interview, who would step into the elevator but Melissa McCarthy?! I about died, and couldn’t resist asking her for a photo – which she graciously complied. Yes, she’s just as sweet, down-to-earth and beautiful in person!

Such a memorable trip, from touring the Sony Lot and Ghost Corps, to hearing these amazing ladies discuss the film, and even seeing the film ourselves! Stay tuned for more Ghostbusters movie fun this week!