Introducing Ghostbusters to the Next Generation

Introducing Ghostbusters to the Next Generation

**I was a guest of Sony for the Ghostbusters Junket as a representative of ADayinMotherhood.com. Follow me, Danielle Reeves, at BusyMomsHelper.com. All opinions are my own.** 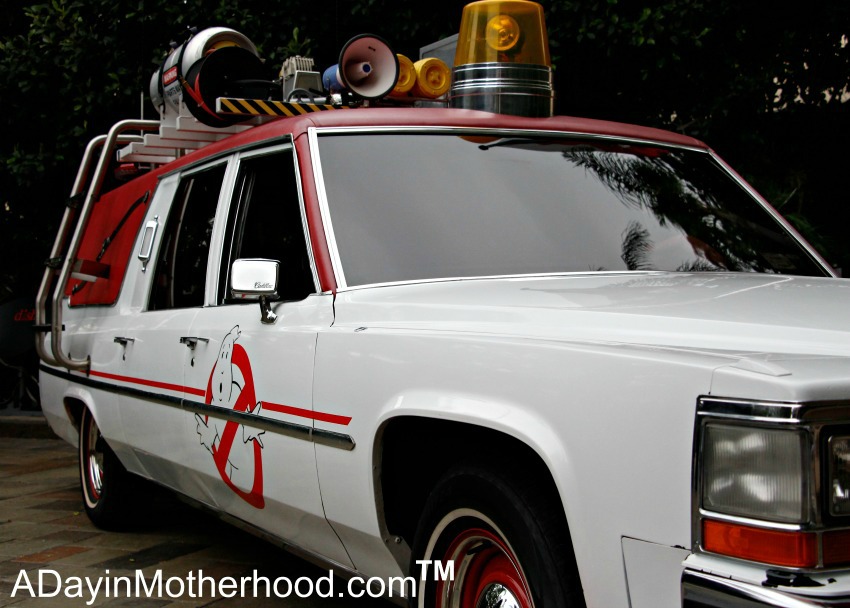 As many in my generation, I grew up with the Ghostbusters movie. There were so many Sunday’s watching this classic film with my dad and sisters, laughing at Slimer, admiring the Ecto-1 and secretly being afraid one of the beasts would get me at night. So when Lori asked if I could attend the Ghostbusters Junket for her, I was THRILLED! I’d heard amazing things about Sony events, and they didn’t disappoint! They even had the Ecto-1 from the new film out at the hotel for us to take a look. With the lights glaring, we even got to sit in it! 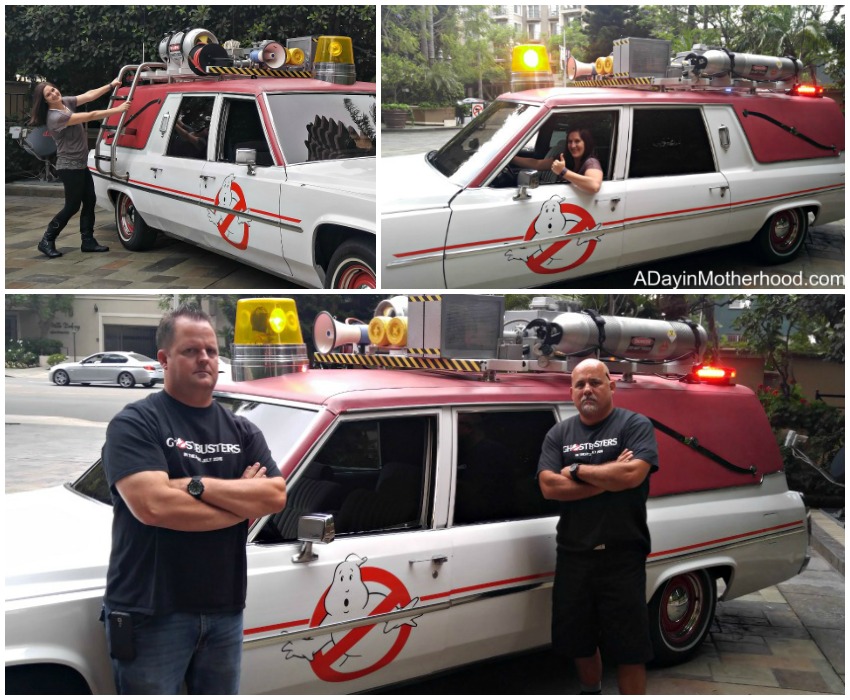 One morning we got a tour of the Sony Lot and Ghost Corps. The lot was huge, as expected, and tons of fun things to see. That giant rainbow – it was built as a tribute to The Wizard of Oz and can be seen from quite a ways away! 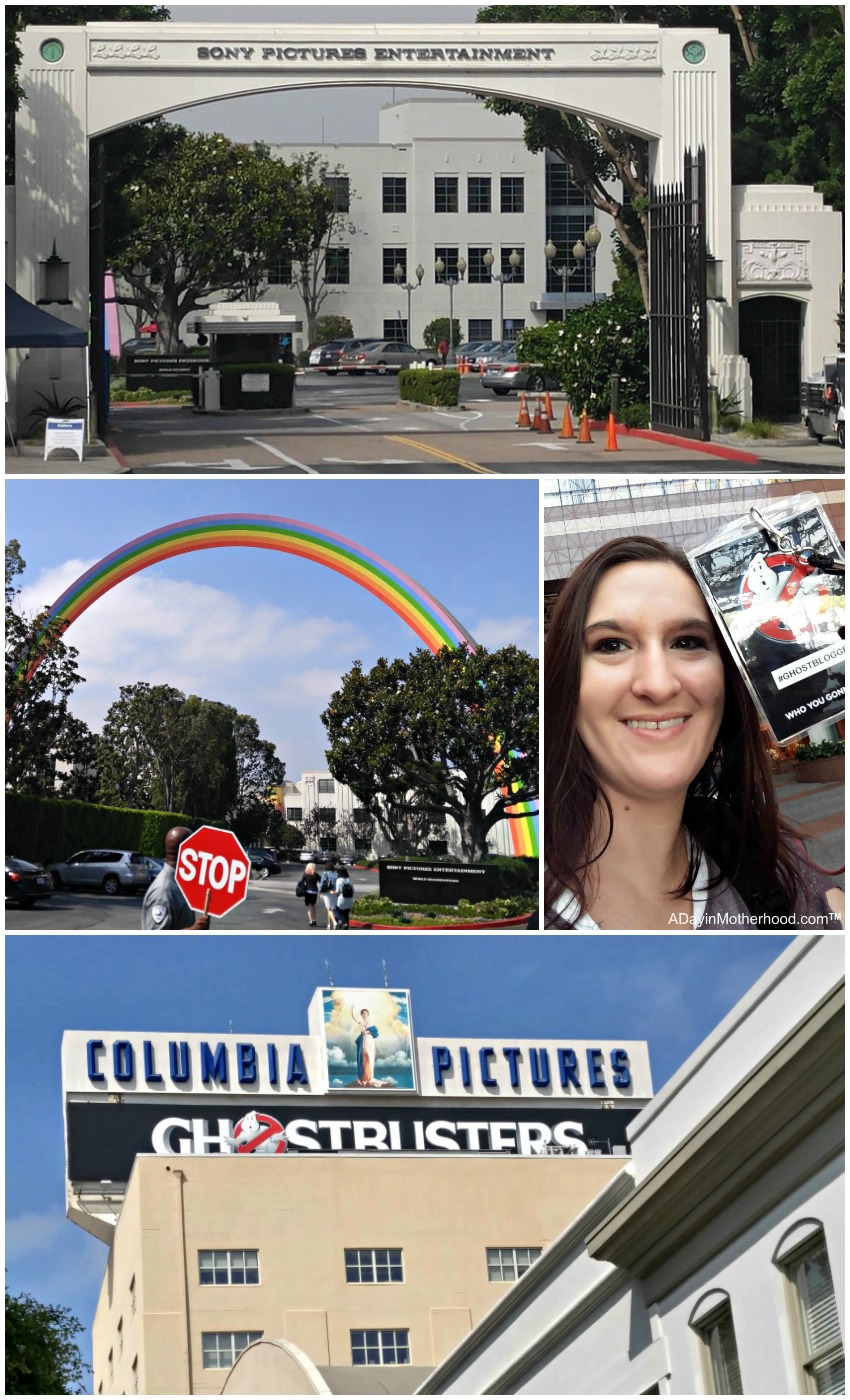 First on our list of to-dos was meeting the incredible Ivan Reitman, director of the Ghostbuster films, at Ghost Corps. Right outside of Ghost Corps was the ORIGINAL Ecto-1, from the first movie. Of course we couldn’t miss a photo opp! 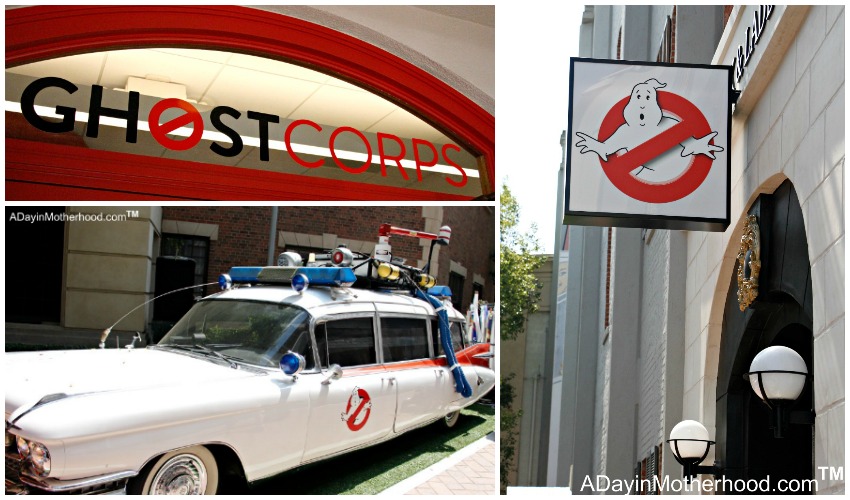 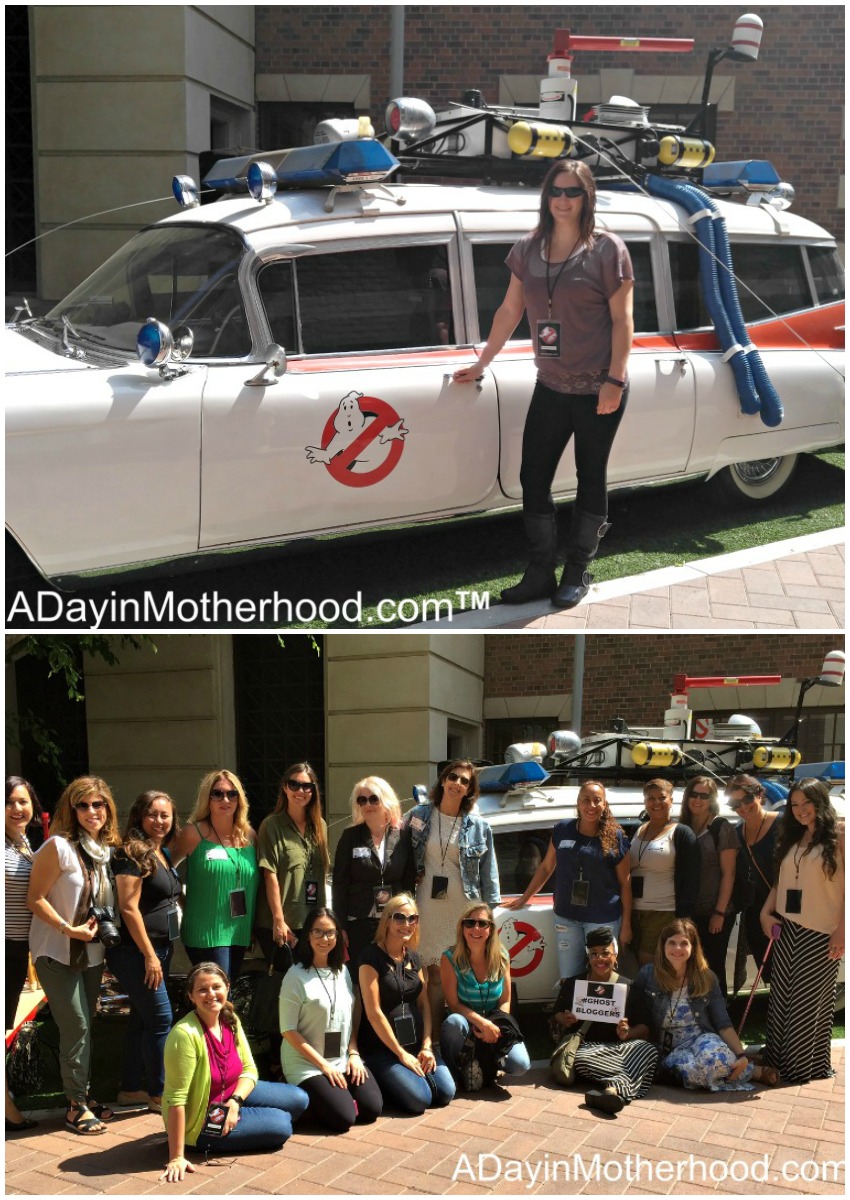 Inside they had a case with several examples of products and toys they’re bringing out with the new movie. There’s characters from all the films so both old and new generations can enjoy them together. As a kid I would have loved these figures. Heck, as an ADULT I still want them!

Ivan was so friendly and down-to-earth, just chatting with us about his movies, coffee in hand, while acting like it was no big deal. He asked us what we thought of the new film – we had seen it the night before – and was truly eager to hear our thoughts. 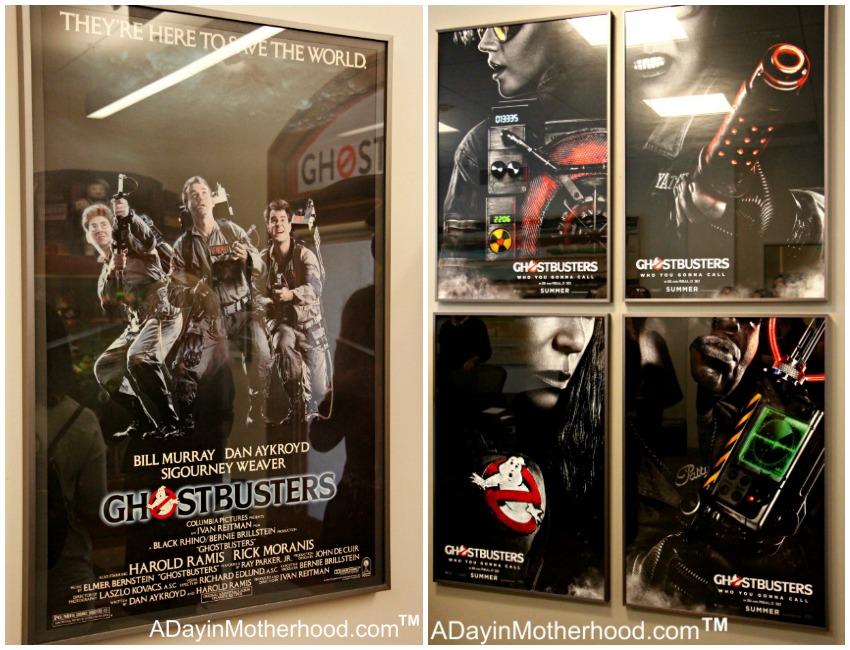 He explained that after the original films, several Ghostbuster groups formed around the world – several hundred, in fact. What’s even more incredible, he said, is that most of them were charities! There was a case filled with some of the badges the groups had shared with Ghost Corps. 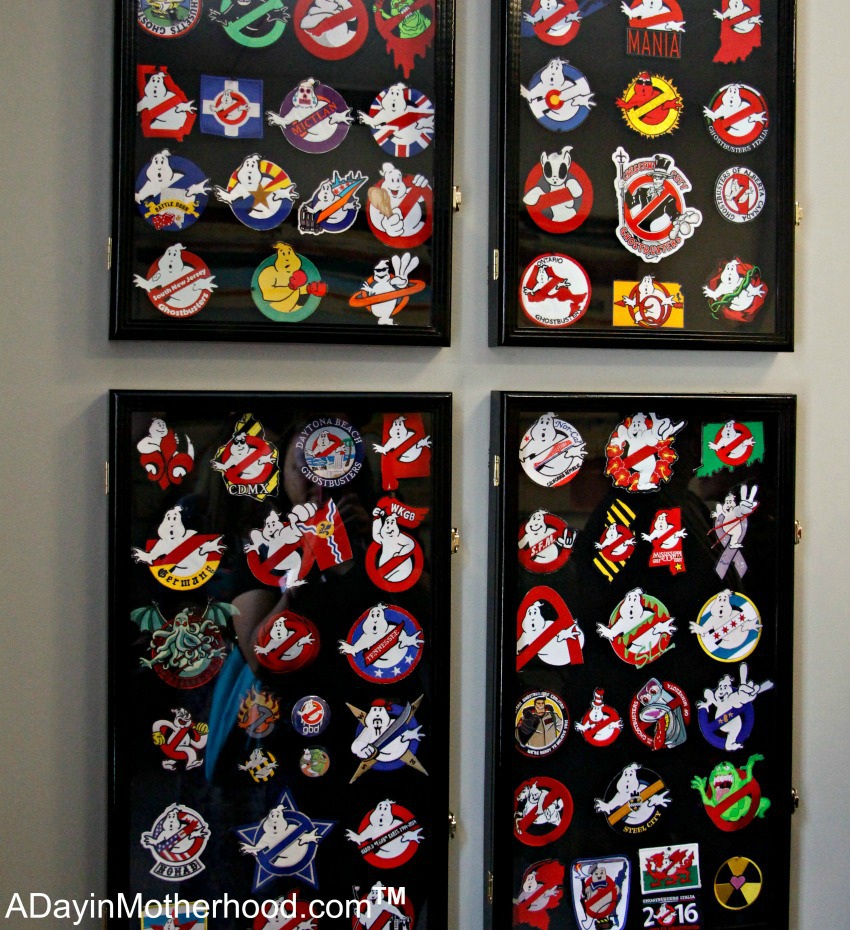 On his desk was a bowl of Twinkies, of course. If you remember in the first movie, they use a Twinkie to describe the size of paranormal event heading their way. “That’s a big Twinkie!” 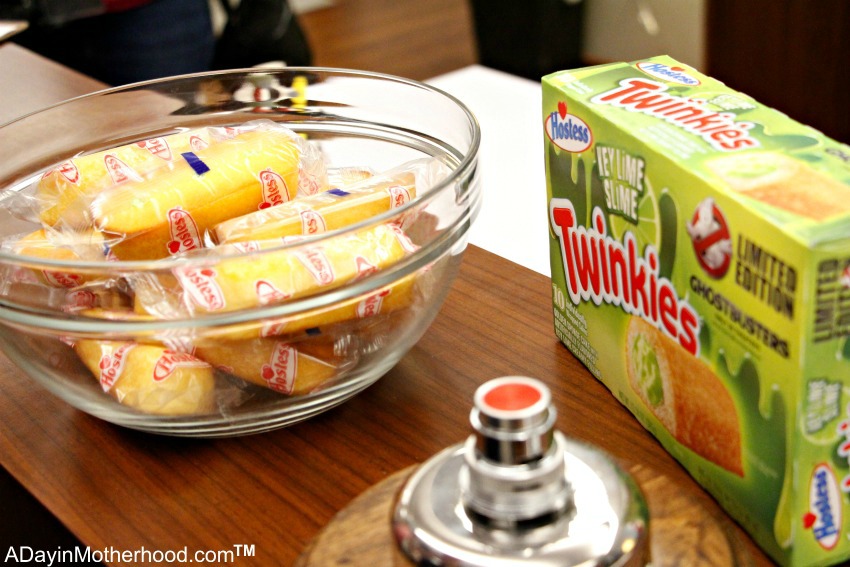 As I mentioned earlier, as a child I was honestly afraid of these beasts – but now I’m thinking this guy is kinda cute. What do you think?

After our chat with Ivan Reitman and checking out Ghost Corps, we received a fun, informative tour of the Sony Lot. We learned that actors may be called back after all filming is done and have to re-record their lines, in case outside noise interfered (like an airplane in an old western film) or it just didn’t flow the way it should.

We also were allowed into the Barbara Streisand Scoring Studio – where so much famous music was recording, including the Wizard of Oz. Inside, it’s bare cement floors and ugly wooden walls. Holes could be seen where they had tried decorating with cloth, but it had to be torn down because it messed with the sound. The acoustics in this studio are some of the best in the world, which is why many insist on their music being recorded here. It may be ugly in appearance – but the sound is absolutely beautiful! 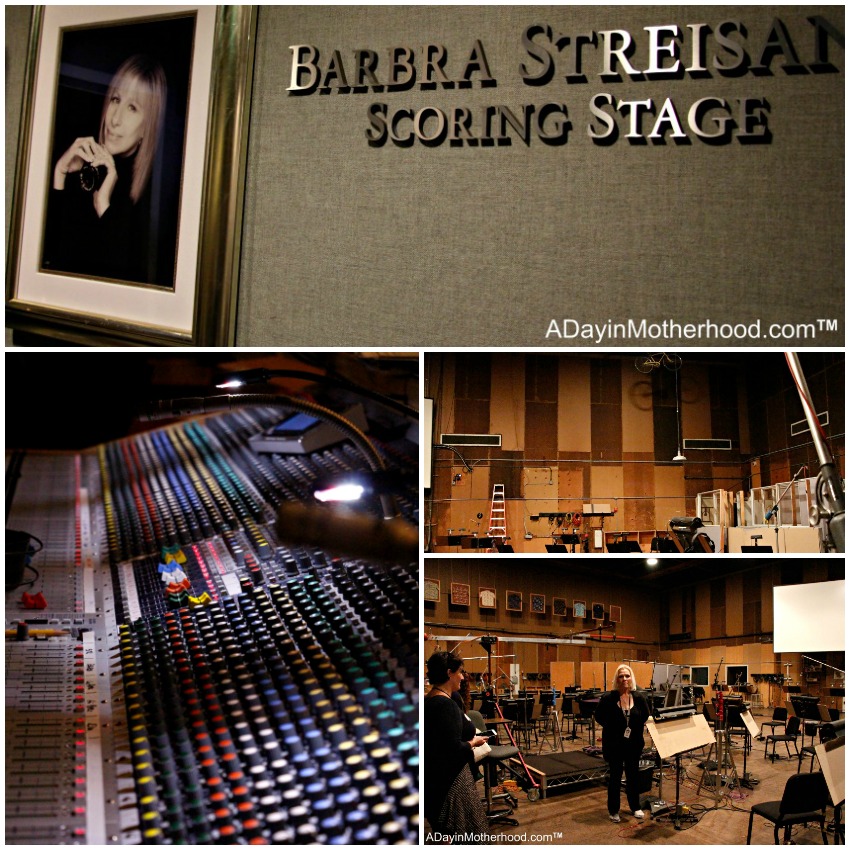 Notice the shirts hanging on the back wall? Each time John Lasseter recorded music for one of his Pixar films, he donated one of the Hawaiian shirts he was famous for wearing to the studio. Shirts from Toy Story, to Monsters Inc and more – they’re still waiting on the one for Finding Dory.

As we passed by building after building, we learned of famous people who had lived there while filming, such as Elvis Presley. There were some fun stories in front of the office where Sean Connery worked for awhile – his dreamy voice is hard to forget! 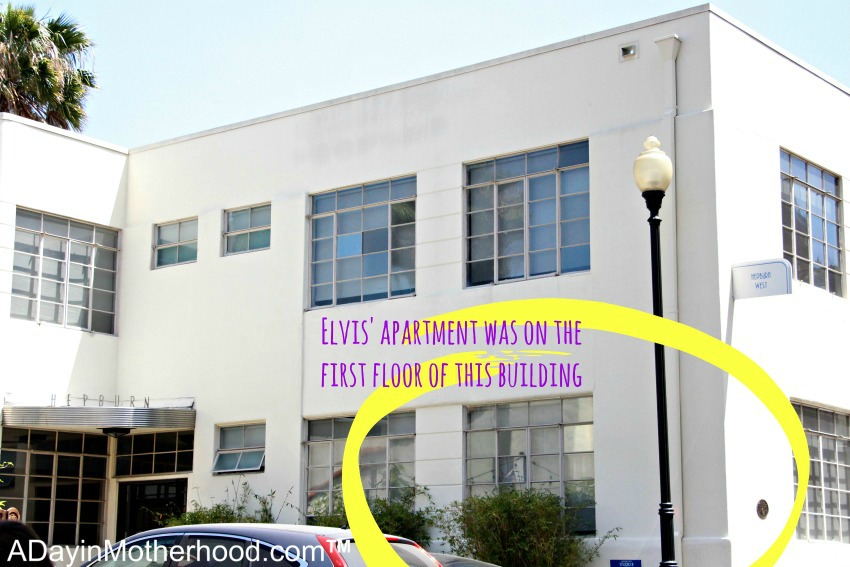 After walking through some of the current sets – which we weren’t allowed to photograph, sorry – we got to sit in the area for Wheel of Fortune and see THE WHEEL. 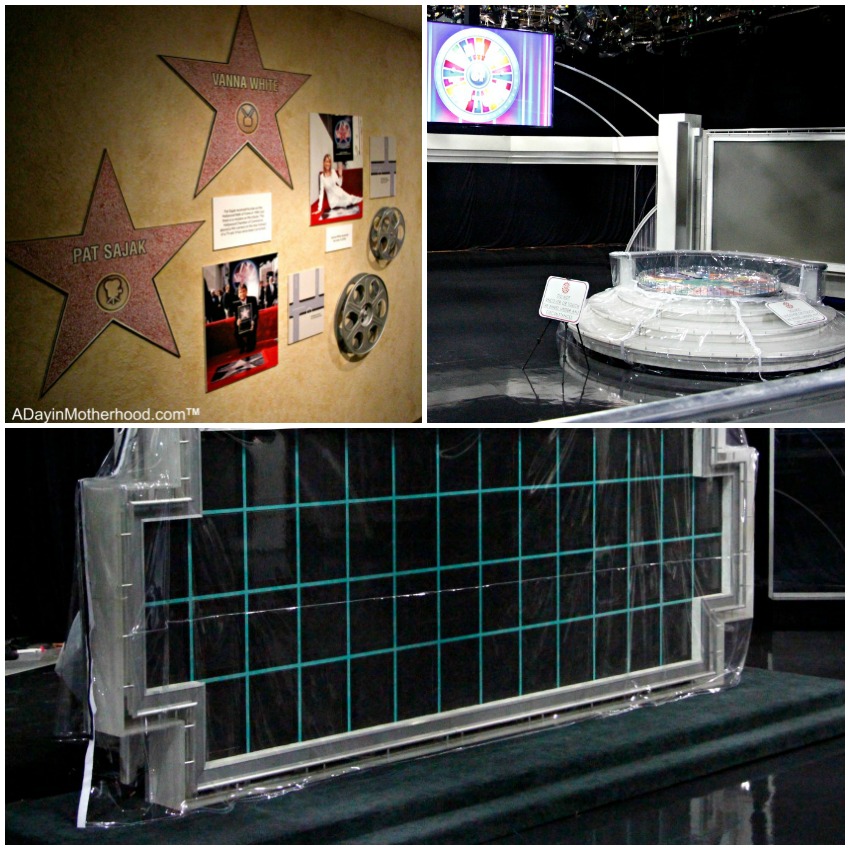 Since this was a Ghostbusters Junket, of course our tour guide had to tell us of some of the real haunts at Sony Lot. Nothing scary, but yes a few friendly ghosts hang around sometimes. I guess that could be a fun place to haunt, right?

You probably know that all movie studios have water towers, correct? The reason for this is because they use to use actual film – imagine the water needed for developing it all! The tower still stands, but our guide said it’s mostly empty because the need for it isn’t really there anymore. 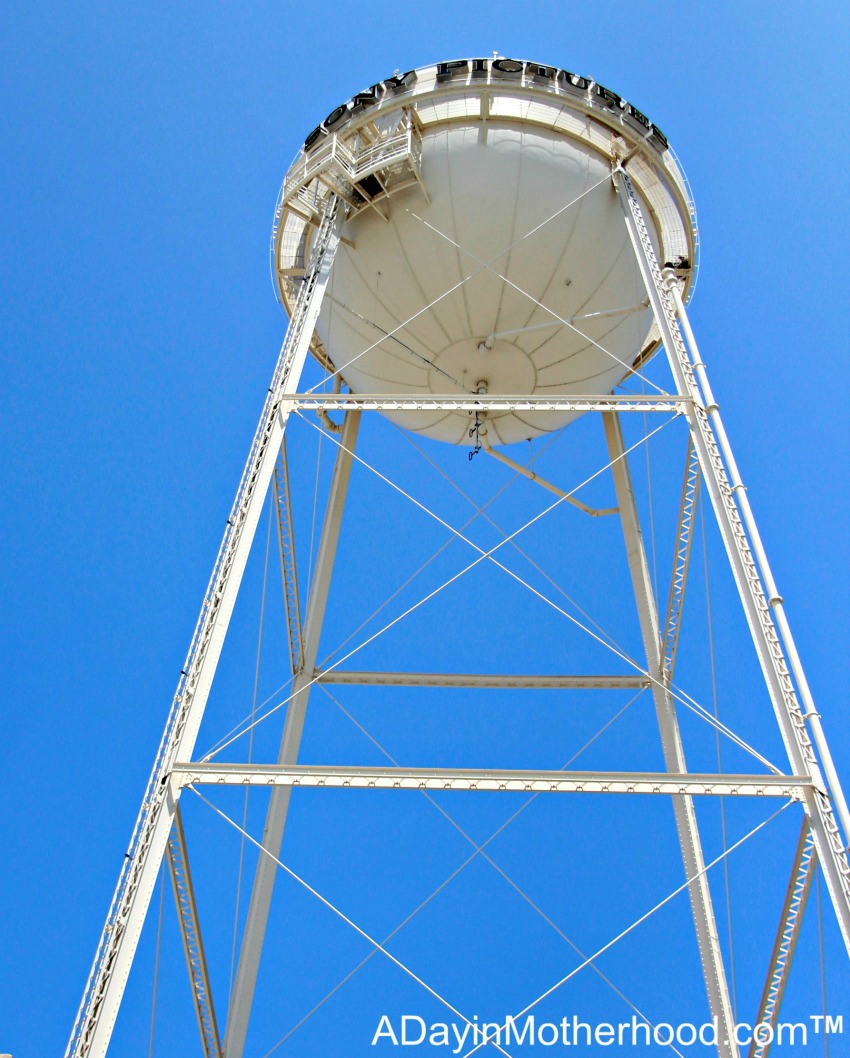 It was such a fun experience learning more of the history not only of the Sony Lot, but also hearing from Ivan Reitman at Ghost Corps about remaking this classic movie twenty years after the first. What an adventure! Stay tuned this week to hear more about the Ghostbuster Junket, including cast interviews and a full movie review! 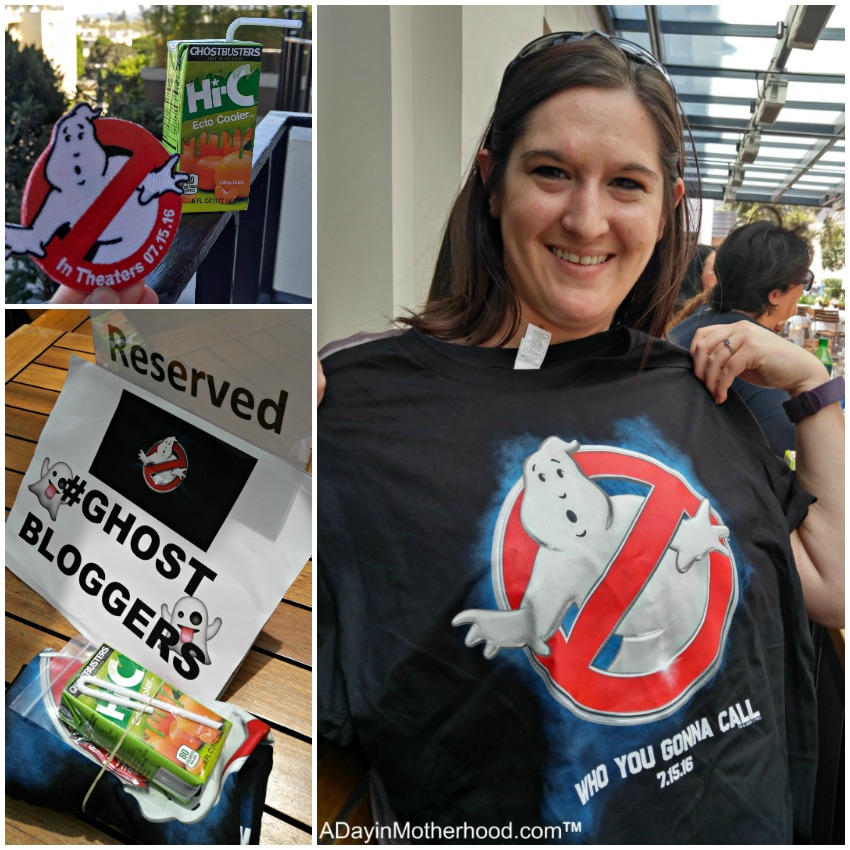