The wounds are still fresh and the insult to the beautiful little girl, Caylee are still wide open and painful.  And no one is more saddened and distraught for the little baby who may never get justice than I am.

The other night, however, I was at ‘girls night’ at my neighbor’s house and I posed the question:  Would you be interested in watching an interview with Casey Anthony?

A resounding, disgusted NO arose from the group!  An answer I agreed with.

What about 5 years from now? 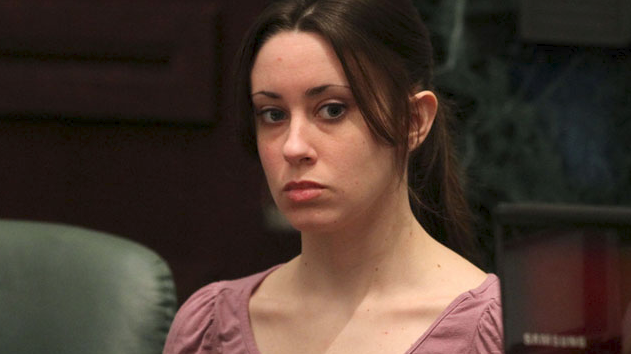 And then the discussion was born about when human curiosity overtakes emotion.

I used the OJ Simpson case as an example.   When he was first acquitted of murdering Nicole and Ron, the public out cry was immense.  No one wanted to see the man, much less watch him tell his story on TV.  In fact, everyone thought someone in society would “take care of him” before too long.  And certainly NO ONE wanted him to profit from his crimes!

Years later, he released a book, “If I Did It” detailing his “supposed” role in the murders. The public went nuts and eventually, the book was yanked off of shelves and the woman who published it was fired for allowing it to be published.

Behind the scenes, however, the book’s presales were through the roof and the copies that were released sold in no time.  In fact, one of the women at girls night HAS the book!  She found it at a garage sale a month ago and paid a quarter for it.  But the person selling it had to have gotten it from somewhere.  And there was a time when – even if handed out free – no one claimed they would ever own it.  Me included!

But now I want to borrow it from her and read it.

Thus begging the question:  When does human curiosity win out over raw emotion?   How much time has to pass?

Now, the Casey Anthony case is a little different.  We are talking about a beautiful, innocent, baby thrown away like trash.   And every parent out there can not imagine the pure evil that did this to this little girl.

But 5 years from now, with the mother and parents are out of the spotlight, other horrific crimes against children and adults have captivated the public, and the memories of this time has faded, would you watch her on TV?  Would you buy her book?

Would your curiosity kill the anger?  We all agreed that if the interview were pay per view or a book cost us in any way, we would not buy it.  But what if Diane Sawyer interviewed her on World News?   Or if she were interviewed on Dateline?  If it cost us nothing but she still got paid?  How many of us would tune in and watch her fumble through her lies?

I think it is an interesting discussion and I am curious to see what you all think.  Can these two crimes and scenarios even be compared?  Is there enough time that can pass that would ever make anyone want to see her at all?

I look forward to your thoughts!