Can We Finally Admit That We Don’t Know How to Stop School Shootings?

Can We Finally Admit That We Don’t Know How to Stop School Shootings?

It happened again. Three months after Parkland experienced it, 5 1/2 years after Sandy Hook and for the 22nd time this year. A school shooting rocked the quiet town of Santa Fe, Texas. It is the closest one to me thus far here in South Texas and the second worse mass shooting in Texas behind the University of Texas shootings which occurred 52 years ago in Austin. I can’t believe it. I just can’t. Sitting here watching the coverage 4 days later I am wondering what we can do. As a mom of three girls in public school, I watch more than I probably should. I listen to the commentary, the opinions, the solutions, the non-solutions and I pray. I pray so so hard that today won’t be the day my daughter comes home in a body bag. But, after the American epidemic really kicked off with Columbine, almost 19 years ago, I can see no real movement in the process of ending these tragedies. So after this latest one I am left asking: Can We Finally Admit That We Don’t Know How to Stop School Shootings?

Arm the Teachers and Put Armed Police on Campus

President Trump caused a massive debate after Parkland saying that he thought teachers should be armed. The bickering on social media after his comment reached fever pitch and was so hateful at times that I had to hide posts on my timeline. The pro to having guns on campuses is so that active shooters can be taken down before they do much damage. The other pro is that if a shooter knows that he can’t do as much damage before his life is at stake by knowing schools are not ‘gun free’ zones, he will be deterred from going to the school to begin with. I see the logic. I do.

There was a retired Houston Police Officer on campus at Santa Fe who responded within 4 minutes of the shooting starting. He faced the gunman and took an almost fatal shot to the arm and could not take the shooter down. He was heroic and did slow the gunman down. But 10 still died. 13 more were injured.

There was a resource officer on campus in the Parkland shooting. He did not even enter the school.

Teachers are overwhelmed as it is. They are supposed to be teaching, taking care of our kids, are emergency responders should they need to be, are supposed to be able to deal with every behavior problem, monitor students for academic performance, train them to pass a standardized test and now, should carry and be trained in firearms? It seems a lot for one group to handle.

While both arguments make sense and are valid, the fact that neither comes out as an actual solution keeps the debate at a standstill. Nothing can be done because nothing can be done. The push and the pull are both so powerful that they cancel out a solution.

There would be no guns for these shooters to get a hold of. Everyone would feel safer and school shooting would stop. Look at Australia. Look at other countries where school shootings simply don’t exist. Surely we can ban all guns and have a safer society?

We have a constitution that says that we have the right to bear arms. Now, naysayers say that the constitution was written at a time when you really needed to defend yourself and that, with changing times, those needs are no longer valid. However, banning guns may very well put non-surrendered firearms, and those that are illegal now anyway, on the black market. While it has been proven that the majority of school shooters got their guns through legal means, if a shooter wants a gun, he will go underground to get one if he has to.

So, the conversion rages on but the solution remains unacheivable. Both sides have a point. Both sides are passionate. Both sides have caring, honest parents behind them who don’t want any more deaths. But again, lots of conversation… no real solution.

People who come to the point where they have to pick up a gun and kill 1st graders are clearly mentally ill. Clearly. There is just no two ways about it. Our mental health system in this country could use a huge injection of help. A teacher or counselor or coach should be trained to pick up on signs that a child may be in trouble. We should all, as humans, be less worried about the brand of jeans we wear or how cool our car is compared to being concerned about inclusion and acceptance. Spending the funds needed to help kids who seem to be shrinking into the background of mental illness is key. 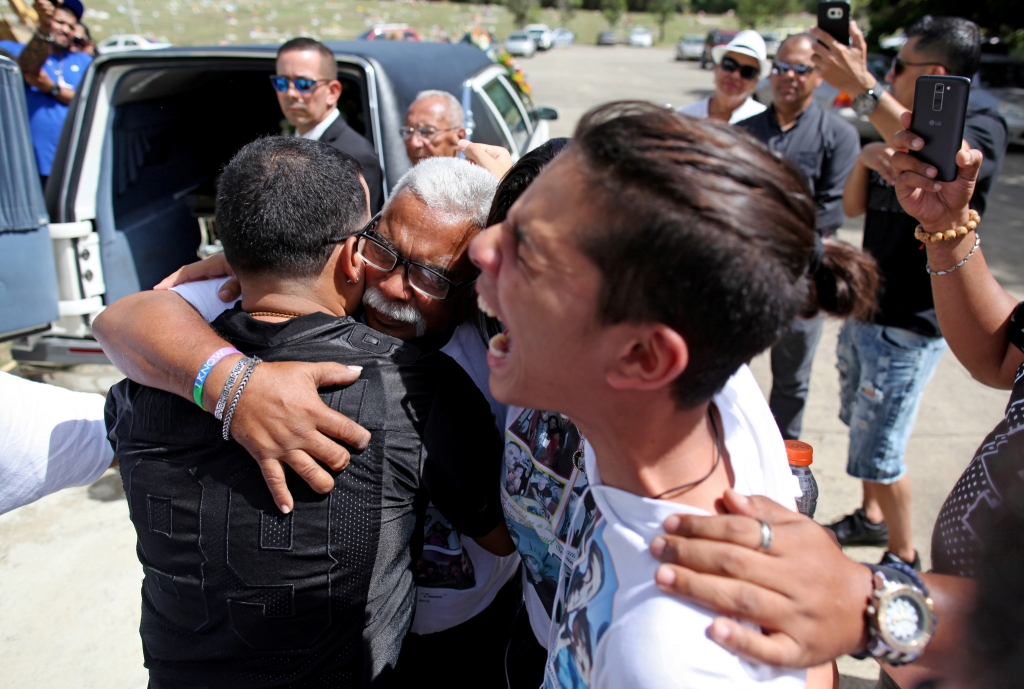 Teachers are not trained therapists. As mentioned before, they have a lot on their plates. In a school of 1400 students, like Santa Fe High School, how many are natural loners or struggling with a life issue that won’t lead to them shooting up a school? How do they know who is a risk and who is not? Teenagers, by nature are moody and unreadable sometimes. I have a tween that is driving me nuts!

Parents of these shooters have said time after time that they knew their children were having troubles but it never crossed their minds that they would ever kill. They are always as shocked as the rest of us. So if parents can’t predict it and they live in the same home, how are teachers who are charged with 150 students a day going to be able to pick them out?

So who is right? What is the solution to fixing the mental health system in our country? Who is responsible for that? And, if we inject the money into it, where do we put it?

Everyone is quick to say that we mental health awareness will stop school shooters but no one is giving a solution on how to do it. Again, we are at a standstill.

Video games are fun and exciting and actually give kids a platform for inclusion. They can talk to people they may not have talked to before about the levels they are on, the game components and more. These games can give those kids who have a hard time connecting a way in. I can see this, and I do. It is also a great way to introduce kids to tech and to help their creative and problem solving skills. Millions of kids play video games daily and a small handful actually shoot up schools.

Both sides are right. Both sides are wrong. I see no need at all for violent video games but others say that they are just for fun and kids know the difference. So who is right? And how does it help us solve the school shooting epidemic?

There are so many more arguments out there regarding the ability stop school shootings. Single entry/exit schools which sounds great until a fire breaks out and everyone is trying to get out of one door.

Metal detectors are another argument, which I agree with, but can’t someone just shoot the attendant and keep on walking? Or walk up to the fence and open fire on the playground?

Another argument is to do what we did at airports and stadiums. Metal detectors, armed guards on campus, very strict punishments for those who violate the law. But do we want our kids going to school in such a militarized place? And, if so, how do we pay for it?  (As one of my friends said, ‘Take the money spent on standardized tests and spend it on security!’)

I don’t know. I really don’t. I read every argument and every counter argument and by the time I am done, I don’t even know what solution would actually work. Clearly a combination of things could end these tragedies. But which ones and who is going to come up with the perfect formula when every argument leads to a stalemate? Almost all of the people making the decisions are parents. NO parent wants their child murdered at school. So no one is the enemy but no one seems to be the resolver either.

I don’t think anyone knows what to do. And, if they do, they are not willing to implement it or simply can’t implement it on their own.

So I ask again: Can We Finally Admit That We Don’t Know How to Stop School Shootings?