Why Can’t We Rationally Talk About Gun Control?

Why Can’t We Rationally Talk About Gun Control?

Yes, I deleted some posts from my Facebook the other day, for those of you who asked. I posted about two shootings that happened near schools. One was as a housing complex for students and one was in a parking lot on campus. Then I posted a video with Hollywood stars talking about stopping the violence and someone reported it and it was removed. Not because the message was insulting, but because someone did not like that the video was put out by a group that supported taking guns away all together. So, forget the message, the group that put it out was more important to ban. I, personally, had tears in my eyes as I still have not recovered from the shock of the Oregon shootings where nine people died. In fact, I still have not recovered from Sandy Hook. To me, school shooting involve any on campus activities that result in death. 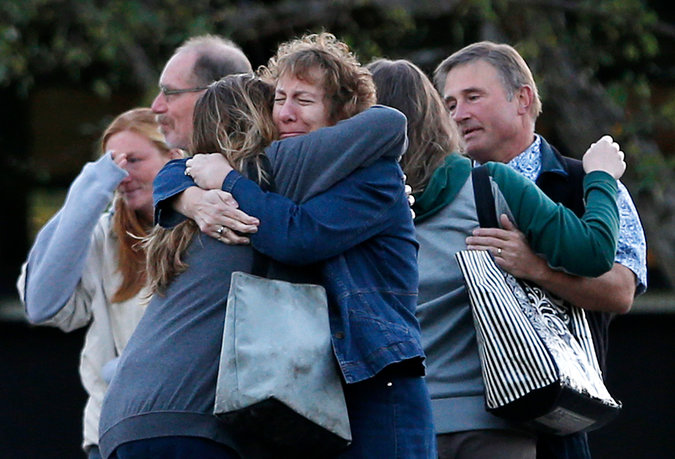 Why did I delete them you ask? Why did I feel the need to remove the posts that were based on fact from the media? Because I immediately was jumped on with two arguments: Why do you want to take away our guns? and These are not really school shootings. The bodies were barely cold and the intense arguments began. Everyone had to have their opinions heard. Even if they presented it in an ugly, disrespectful away. I felt more under attack than the person who murdered students in cold blood.

Why is that? Why is it that the messenger is attacked and ridiculed when people are laying dead? Is this how we are choosing to respond to senseless tragedies? Are school shootings so intense and frustrating that instead of talking about the real issue, we pick apart people who are sharing the news to make ourselves feel better?

It dawned on me as I read comment after comment about what I had shared, the fact that we can not even talk about shootings rationally tells me are not ready to talk about a real solution.

I am tired of it. I won’t lie. It seems that any post about shootings or guns are immediately met with the fight for rights and the arguments that if the tiniest details can explain it away, then the shooting is justified. IF the shooting in a school parking lot was between two groups of arguing teens, it is OK that one is dead and three are injured. IF the shooting happened at an apartment complex that houses students and a visitor to the complex shot a man dead, then it is OK. After all, it is not a ‘school shooting.’

Really? THIS is how we are accepting shootings now? If a person does not walk into a classroom and open fire, we can excuse it? Classify it as nothing to worry about? Just toss that death away in the graveyard of ‘oh well’s’? Yell and scream at each other that our rights are more important than the person who did not live to tell?

More importantly, are our rights to bear arms more important than the 20 children lying dead on a classroom floor?

I used to be all about law abiding citizens having the right to bear arms. I used to be a concealed weapons licence holder. I used to balk at the fact that I worked so hard to get a gun and legally carry it and then not be able to take it on buses and into certain places where a single women might be targeted for an attack. I used to speak loudly, defend staunchly and argue my point to anyone who would listen. And I have lost family members and school friends to accidental shootings.

Now I am a defender of children. Their rights to go to school, go to the mall, take in a movie, walk in a parking lot and even sleep in their beds without a bullet taking their lives. I am not for taking guns away, but I am for some serious gun laws that make them less available to anyone who wants one.

But I am more for a conversation based on rationality, focused on solution and less about an individual opinion than an idea that could really help stop the massacres. Is the conversation about mental health valid? What gun control laws could actually work? Is arming a guard at the entrance of every public establishment known to man and turning America into a militarized country the only way to stop a man with 7 guns from entering a school and killing 9 people? 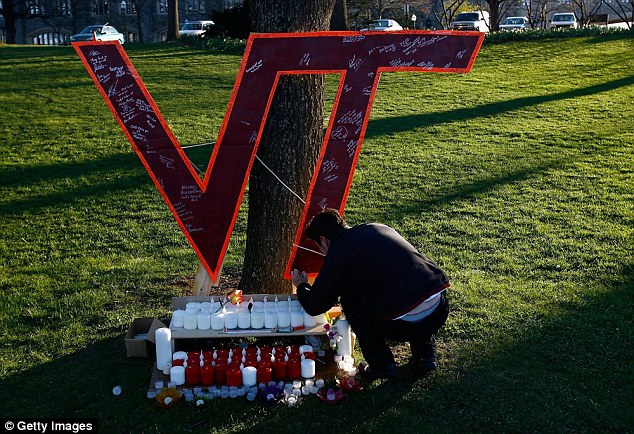 How about a conversation about why people ignore social media when a potential shooter posts his plans or why no one calls the police when 2 kids are openly talking about murdering classmates?  A conversation about making us safer through preliminary actions instead of force in the event? How about educating busy parents about red flags in their kids? Helping parents who reach out actually get help before they are on the news, living the horror that their child killed with the weapons the parents saw stockpiled in their rooms?

How about a CONVERSATION about it all instead of an attack?

We are an educated, passionate nation and I think we can have it all. We can bear arms responsibly and safely AND find a solution to mass shootings. I know we can. All we have to do is open our hearts and use the power of rational conversation and responsible action. Working together instead of attacking ideals. Letting our own personal opinions slide while we work for a solution for the greater good.

Let’s start by acknowledging that saving lives is the most important thing we can do… ever.