I am going to preface this by saying I have never seen an episode of Keeping up with the Kardashians. It is simply not my type of show. Saying that, my previous opinion of them has mainly been fueled by social media. The constant nude shots of Kim, the horrible selfish rants of Kanye and the constant pressure from them to focus on their image instead of a positive message that could benefit society make them something of a side show that I would never buy a ticket for. After watching the interview with Bruce Jenner last night, however, I still would never buy a ticket but I am reminded that behind the antics, the shallow image and the glamour that seems so important to them, are human beings with feelings that are part of a blended family that has endure so much. 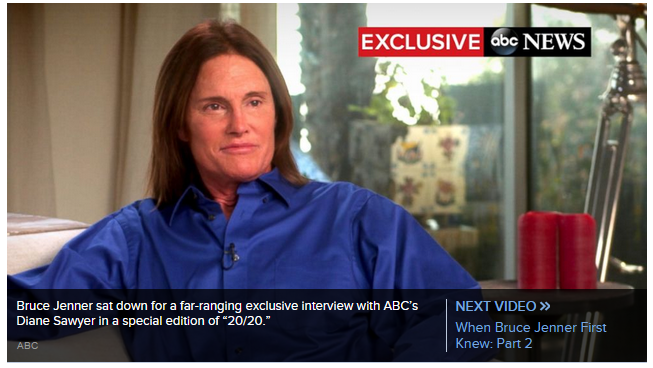 Bruce Jenner entered the interview looking scared, downtrodden and unsure. He ended it looking happy, confident and finally secure in who he is. I wish that feeling to every single human being on this Earth. I am a 42 year old Christian, straight woman and I can not tell you how long it took until I felt comfortable in my own skin. And I blend in with what society says is normal. So to be 65 and never know that feeling is just plain sad. Combine that with the lives that he has affected, the ones he may have saved from suicide or murder, and I think the interview was a complete deal changer for those who are different and feel isolated.

Hesitant to watch the interview to begin with because of my opinions of the family as a whole, I am glad I did. The lessons I learned during it would have been lost and I would not have grown as a person without it. I forget that this family, in all it’s superficial glamour and promotion of themselves, has suffered great loss in the death of their dad. I forget that they were not always filthy rich and promoting themselves, but were once a single mom and single dad that merged to a blended family with 10 kids. I forget that though it seems like they have the easiest life on the surface, underneath is real human loss and fear and heartbreak.

The most telling moments for me that actually brought tears to my eyes were the different reactions from the kids. Bruce’s four children before meeting Kris were accepting, open hearted and loving immediately. But the Kardashian girls took some time. Originally I thought that was not OK. That they should have accepted his change from the second he mentioned it. But these are four girls who lost a dad in their lives. The thought that they might lose another had to be overwhelming. Having known the pain of losing my birth parents, I would be absolutely devastated to lose my adoptive parents. And though his coming into who he truly is as a person is not the same as death, it must certainly come with that frightening feeling that we all can relate to when we feel a loss upon us. I pray that his rebirth into who he is comes with the comfort that he is still there, just dressed a little better. 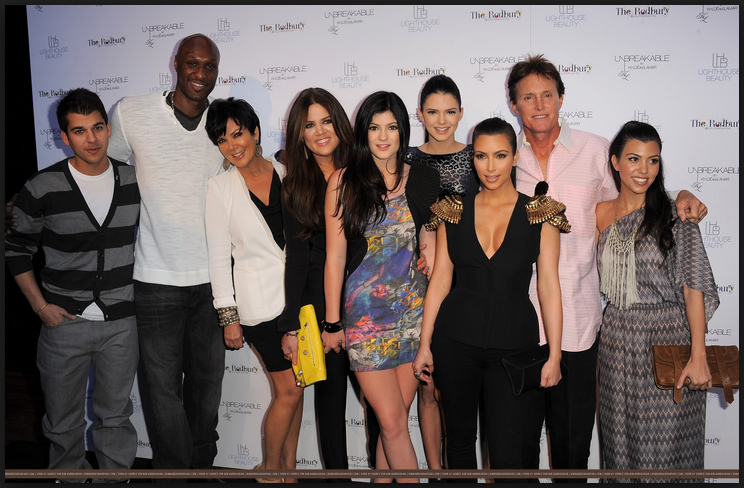 The other part of the interview that stuck out in my mind were the comments paparazzi have thrown at him the last few years. People who hound you and take photos of you for profit that scream out derogatory comments and insult you to get a reaction are trash. Plain and simple. What he must have endured on a daily basis with them asking if he was gay, if he was going to be a pretty little woman, and so on was absolutely disgusting and hurtful to me. You could see it in his face. Words hurt. Just because he is a grown man does not mean he has any more armor than a scared little boy or girl confused about who she is.

Humanity can do better.

In the end, though I don’t completely understand what he is going through and though I still will never watch an episode of the show or buy into the image the family projects in public, nor will I let me girls idolize them, I do feel that my opinions were altered for the better after watching it. His rebirth right in front of us was touching and can not be ignored, even if I will never understand the transition myself.

But I was reminded that they are real people living real lives underneath the outward appearance they may put out. I learned that bravery is not simply a word. I learned that my own ideas of what is acceptable and what is not is just as idea and not fact. And I learned that no matter who you are, no matter what you have been through, you always have to be open-minded and open-hearted to anyone on this Earth. Because underneath every person is a story.

And without those stories, life would have no meaning.