I was finally relaxing after an insane day yesterday. I had sent the kids off to their weekly two hour dinner with their dad and was warmly curled up on the couch, tablet in hand for Candy Crush domination, and flipped on the television. There was not much on but I settled on a show that was talking about kids and the internet and the dangers. It was a story piece highlighting several kids that had gotten killed as a result of online interactions. Fully aware that this show would confirm that my kids will not get on social media until they are 21, a recurring comment kept coming up that annoyed the living crap out of me. ‘He/ she was raised in a single mom home, parents divorcing when they were younger.’ Further conclusions about the ‘typical’ single mom household being unstable and leading to low self esteem which led to bad decisions that got them killed really got me angry. 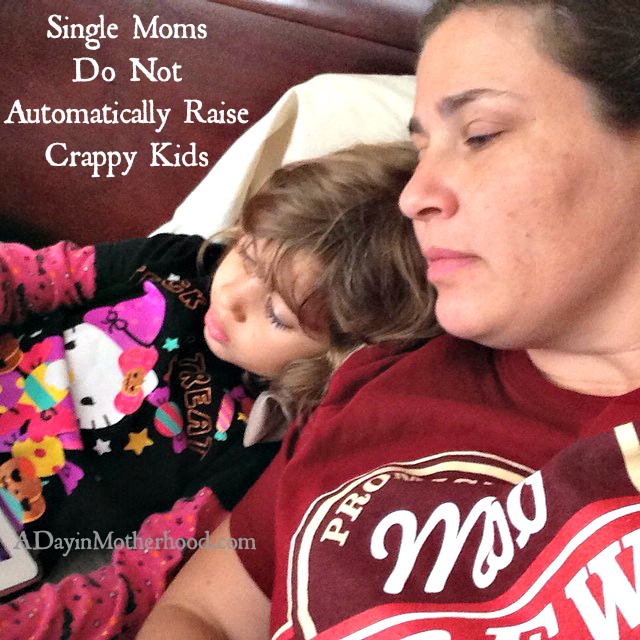 I call bull. Actually, I call something else after bull but this is a family friendly blog.

I am a single mom with no intention of remarrying or even dating while my kids are in my home. My whole purpose in my life right now is to be totally focused on getting these little girls raised to be the best they can be. I care about their self image, their confidence and their ability to make good decisions in life. I don’t discard them for anyone else. I don’t ‘need a break’ from my kids. I work early in the morning to late at night so that I can stay home and be here when they get off the bus. So that I can be at their school functions, be at any meetings I need to handle and watch them with care and concern when I think they need a little extra attention and love. I know all of their friends, the parents of the friends and the people they hang out with that are in their lives when they are home. They freely tell me about people that they hang out with when they are at their dads. Though I don’t agree that little girls should be going to parks with no supervision or to a kid’s house when only the dad is home, when they are with him, I have to pray his bad decisions do not lead to my girls having a childhood trauma.

I also know that challenges are ahead. I am fully aware that alcoholism exists heavily on their dad’s side, that bullies are being honed to perfection all around them and that the teen years are not here for me to fight through yet. I also know kids lie, hide things and try to get what they want while deceiving parents when they think they can. I’m not stupid, but I am determined to help offset anything that could blow up in their faces as the years pass.

The reality is, I am like most single mother’s I know. We are all trying to do the best for our kids, often putting ourselves below last to make sure they have what they need. We know that no one is going to step in and do this for us. So we give it our all, 24 hours a day, 365 days a year.

Are there single mom, or single parent households that are not the best example for kids? Absolutely. But there are households that have married parents that are just as bad too. The lesson I was teaching my kids by being in a marriage full of stress, infidelity, mistrust and fighting was a lot more detrimental than a home where they see their mother rebuilding her life to stand on her own two feet. 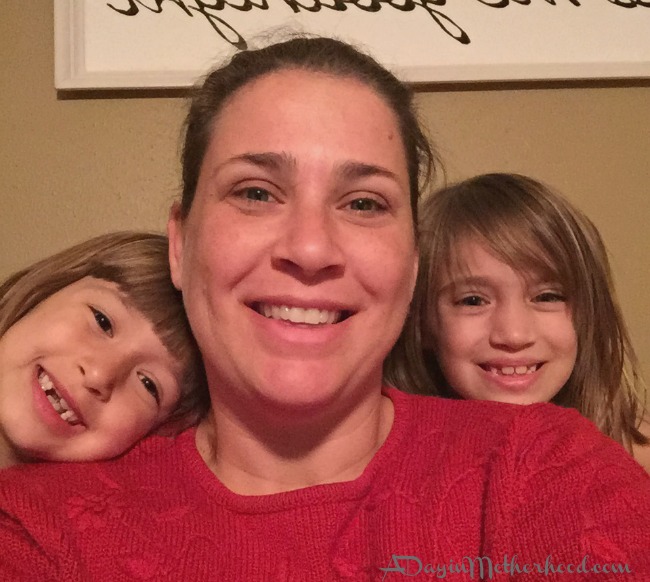 Furthermore, being married does not mean that both parents are even there. Are military families where a parent is shipped off long periods of time more prone to raise criminals? Essentially, the parent left at home is a single parent. What about parents who work shift work and sleep all day and work all night? Are those kids more apt to do drugs? How about a widow? Are they considered single parent homes turning out the scars on society? With so many family structures and situations kids are presented these days, isn’t it a bit near sighted to pigeon hole one type of parent over another simply on the living situation?

I am SICK of the internet perpetuating this stereotype that single moms are raising the next round of the prison population. How about we try to make life a little easier for single parents by lending a hand, offering to perpetuate that it take a village to raise a child instead?

I am a proud single mom with raising my kids at the center of every decision I make. I dare anyone to come in here and tell me that my kind, loving, well meaning children are going to turn out to be horrible kids who prey on others or make decisions that are unsavory just because I chose to be a single mom instead of in a marriage that was trash to start with.