5 Ways Being a Parent Sucks the Life Out of You

5 Ways Being a Parent Sucks the Life Out of You

Last night was a hard night. I don’t have many hard night with my kids anymore. They are pretty used to the routine, battle a little, but then do what they are told and go to bed. But I see some changes on the horizon that, frankly, scare the crap out of me. My 9 year old is starting to have emotional, uncontrollable meltdowns where she is testing every ounce of patience I have. Last night was the pinnacle of her new found tantrums and I realized, during it, that this parenting thing will not be getting any easier as I had hoped. In fact, last night, I felt for the first time in a really long time that being a parent sucks the life out of you.

When They Throw  a Tantrum 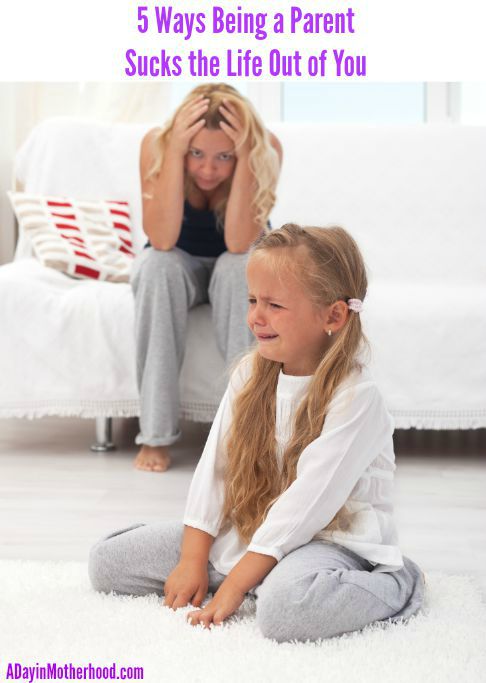 When a child her age throws a tantrum it really boggles the mind. She should know better. She should know to control herself. She should know by now that this is not going to go over well with me. But when this child gets tired lately, tantrums are the result. Usually not bad ones, a few whimpers here and there, but still a change in her attitude. I know she is entering that ‘pre-puberty’ phase of her life and I can see it in the quick to tears reaction she is having to minor things. But last night she took it to a new level. It lasted almost 2 hours. 2 hours of crying, screaming, throwing her stuffed animals, calling me names, keeping her sisters up, and on and on it went. At first I ignored it. But when she sat in her bed screaming at the top of her lungs, keeping her sister’s up who both wanted to go to bed, I had to do something. So I moved her to another room to sleep and, literally, all hell broke loose. By the end of it she had gotten a spanking, lost her toys, been grounded and racked up $80 in sassing mom money. By the end of it I felt a failure. Like I could have done it better, could have googled faster for a solution, could have been a better mom. I felt… drained.

I have to stand tall, not budge, not cave in. Not let her do the Dance Camp on Saturday if she is not done with the list. I, quite possibly, will trigger another melt down and I have to stand strong and not let up. It is not going to be pleasant. It is not going to be my favorite parenting memory. But it might be the one time that it sinks in that controlling yourself when you get upset is a majorly important thing in life. But I feel drained about it already. 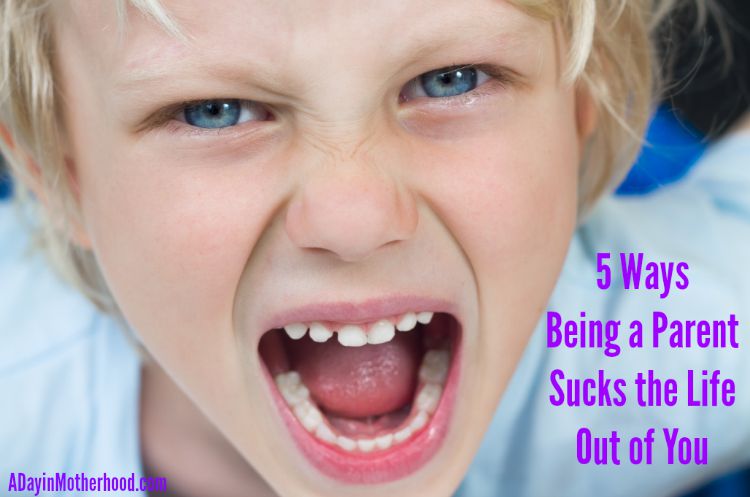 Watching your Child Cry Over Something You Did

I cried later over this one. I almost never spank my children. An abused child myself, I always fear that I will take it too far and turn into my mother. I honestly can not even tell you the last time I did, in fact. But at some time during the chaos last night, I felt it was necessary. I took her arm, layed her over my knee on a chair and popped her on the butt twice. Her crying changed then. No longer crying in defiance, she was now crying in shock. Not so much from any pain on her bottom, but a spirit breaking pain of confusion in her head. Now I know it is not ‘PC’ to spank and that I will get many a comment about what a horrible mother I am that I did and smart remarks about, ‘Well are you happy? Did it work?’ But at the time, I felt it was necessary to gain control of a situation with a child who was out of control.

It did work, for the most part, in that she no longer was throwing the tantrum to test her boundaries but now was truly upset that I had taken a drastic measure. She wanted hugs and kisses after and to sit in my lap like a baby. But, though I did hug her quickly, she had to go to bed as I had originally asked. So as draining as it was, we entered another phase of the tantrum in an effort to get her to actually do as she was told hours before.

By the time I got her to lay down and close her eyes, most likely from exhaustion than anything I did, my head hurt so badly it almost overshadowed the pain in my heart. As I rubbed her back, helping her calm and finally fall into a deep sleep, the mere noise of my hand over her pajama shirt, rustling lightly with every rub, split through my head like a watermelon hacked by a samurai sword. Tylenol would no help this headache. This headache was the result of the emotional and mental drain that had taken place over the last few hours and was likely to continue over the next few days. This was from the screams and cries from her that still rung in my head. This was the eternal headache of the exhausted mom battling with herself over how to raise a child, love a child, discipline a child and teach a child all at the same time. This was the eternal headache of motherhood and making the decision to be the mother and not the friend. And it about made me want to cut my head off.

As I lay in bed last night, tears streaming down my face in exhaustion and disappointment, I beat myself up over every decision. If I had handled it this way and not that way, would it have still escalated? If I had said this and not that would it have dissipated? How would people react when I told them about it? How many would judge me, bring the self battery to a new level? How would she react when she woke? Would she still love me? Would she fear me now? Did any of it help her at all? Or was this the precursor to help she needs now? Is it even normal for a 9 year old to have a tantrum like this? Does she need psychiatric help? Do I?

As I drifted into a bliss-less sleep accompanied by bad dreams and startling awakes, I pondered the entire evening, minute by minute, beating myself up over every single decision. Why we take the actions of our children so personally, I will never know. She does own responsibility for what she did. But am I the worst of mothers because it happened at all?

As I write about it now, I have tears in my eyes, an ache in my heart and fear in my head. But I will have to forge through, enforcing the punishment, praying I have the backing of God and strength he gives me to make a positive difference out of this negative moment, and be a mom. Because as absolutely draining as it is sometimes, I can not imagine being anything else.