Are We Raising Little Racists?

Are We Raising Little Racists?

This has been bothering me for a while. A long while. It has been bothering me to the point that I can not sleep at night. I worry constantly about the world that my girls are inheriting. There are plenty of things to worry about, too. The climate, the growing division between love and hate on almost every topic, the gun violence. Drugs. Bullying. Too much TV. Too much tech. Too little tech. Cameras in everyone’s pocket. But the thing that bothers me the most is the never ending race wars that seem to plague our country. We have come so far on so many social issues: gay marriage, transgender understanding, equality between men and women. Sure, we are still working on those things but the trend is that the acceptance of people and who they are, and the rewards we give them for being the best they can be, are starting to turn positive. So why… after decades and decades of judging people based on the color of their skin, something NONE of us can help, is the issue of racism still seem so insurmountable? After listening to my 5th grade daughter tell me this story, I think I have figured out one of the causes. So I ask… are we raising little racists? 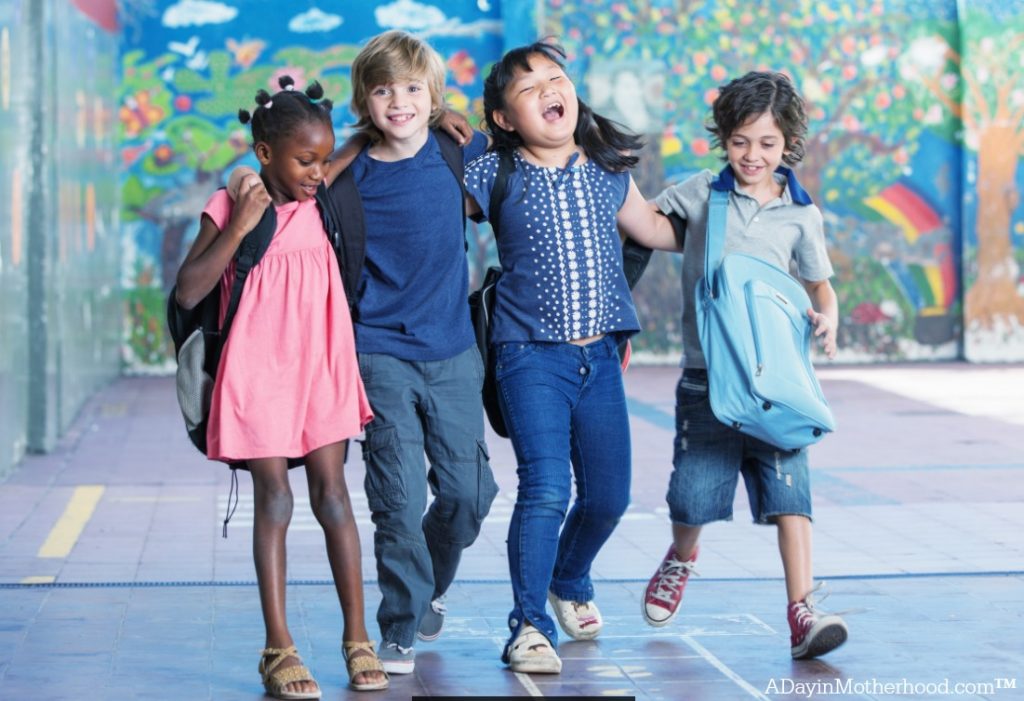 Katie has a lot of friends at school. She has actually been nicknamed. ‘everyone’s friend’ by her classmates. I am very proud of how much she loves to get to know people and to help anyone who needs it. She does have this one friend that I am not especially fond of, however. She is a sweet girls and has some extenuating circumstances that are molding her to be an attention seeker. Some of  decisions she makes are not ones that I would be OK with if my kids made them. That being said, she has the potential to be an world changing person and I pray that she settles in and does just that. But, because she exaggerates almost everything for attention and makes up even more in an attempt to gain attention, she has a hard time keeping friends.

The Hispanic girl told her that her mom said that she was not allowed to play with her any more because she is white. Her mom then went on to say that she wanted her daughter to have more Hispanic friends.

Read that again. According to the child, her mom would not let her play with white kids. Now, let’s be honest. I seriously doubt that is the real reason and it is more that the little girl is not one that makes the best decisions. Just as all parents do when they sense a potential bad influence entering their child’s life, they try to pull the child away. While I have my doubt that the mom actually said that was the reason, the child had to have gotten that excuse from somewhere. Or, maybe the mom offhandedly said it because she didn’t want to say that she didn’t care for the little girl. I don’t know. I was not there and am getting this second hand.

Somewhere these kids, no matter the race or color, are learning that judgement can be made based on someone’s skin. The child picked it up somewhere, from someone, somehow. Because, we ALL know… no one is a born racist.

When Katie told me this story, I laughed initially. What a dumb reason not to be someone’s friend. I mean… really. But then I realized that the seed of racism had just been planted in my child’s head. One that I have battled against since birth. And it bothers me.

So we talked about it. I asked her what she thought of the comment and she said she thought it was stupid. She said that she told the little girl that everything was going to be OK and that she was sure that they would be friends again. I asked Katie how she chose friends and she parroted back what I have tried to drive home. ‘We choose friends based on their hearts and their ability to be kind to others.‘

It still bothers me, though. I wish this could be the generation where race wars were eradicated. I wish that we, as parents, could understand that even the smallest comment plants the seed. Further comments water it. That we could learn from the past instead of perpetuating the ignorance. That we could do better.

Until then, I will make sure I continue to push the message that all humanity deserves love, acceptance and respect, no matter their looks or status in life. I owe it to my kids who, hopefully, in turn, will plant THAT seed in the minds of those they encounter!

What do you think? Are we raising little racists? Whether we mean to or not?