The Almost Home short film by Disney, out now on YouTube, will introduce you to HOME that will release in November, 2014! This short film has the most adorably funny creatures and beautiful animation.  My girls will be so excited to add this to our “must see” list next fall! It might be a while before Home reaches theaters, but watch the short film and you will see why I am thrilled to share this with you! 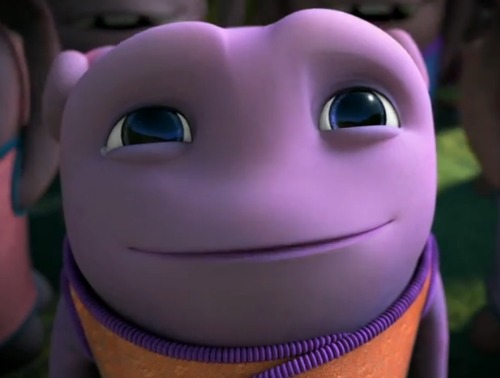 20th Century Fox and DreamWorks Animation have just released a brand NEW short film ‘Almost Home’ in anticipation of their upcoming film, HOME.  A group of aliens are on a mission to find a safe place away from their enemies… Will they find a planet they can call home?! Check out the new short film to find out! Featuring the voices of Steve Martin, Jim Parsons, Jennifer Lopez and Rihanna, HOME hits theaters everywhere on November 26th, 2014!!

When Earth is taken over by the overly-confident Boov, an alien race in search of a new place to call home, all humans are promptly relocated, while all Boov get busy reorganizing the planet. But when one resourceful girl, Tip (Rihanna), manages to avoid capture, she finds herself the accidental accomplice of a banished Boov named Oh (Jim Parsons). The two fugitives realize there’s a lot more at stake than intergalactic relations as they embark on the road trip of a lifetime.

Check it out and let’s get excited for this new film!